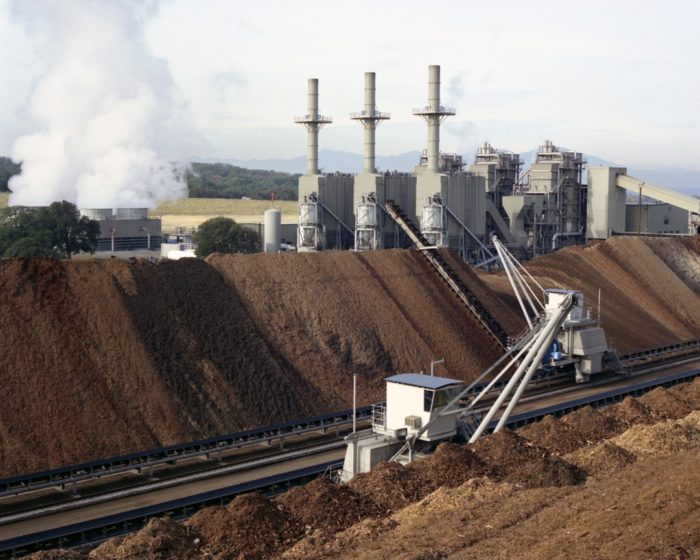 Wood energy comes from direct use of harvested wood as a fuel and from wood waste streams. In many parts of the United States, people use wood in furnaces, wood stoves and fireplaces as a primary or secondary space heat source. Globally, much of the developing world lives solely upon woody biomass or animal dung for their principal energy source.

Waste energy consists of municipal solid waste (MSW), manufacturing waste, and landfill gas. MSW can be a source of energy in waste-to-energy plants, or by capturing methane gas (or biogas) from landfills.

Biofuels are another source of biomass energy. Ethanol is the most popular of the alcohol fuels and, together with biodiesel, has received much attention because of growing use stemming from government mandates that require and subsidies that encourage its use.

Each of these forms of biomass is used in the United States. Collectively, they represent almost half of total U.S. renewable energy production.[i]

Because biomass is relatively dilute energy compared to its concentrated fossil energy cousins, it presents unique tradeoffs concerning land and water use, delivery, and intensity. For example, the consumer of an energy source that cannot use existing forms of infrastructure and methods of delivery will ultimately pay higher prices in order to pay for the new infrastructure it requires.

Also, biomass can pollute the air when it is burned, and in the case of traditional residential wood burning, can be very noxious. In fact, some localities have implemented bans on the burning of firewood because it contributes a substantial proportion of the worst pollutants to the air.

Fortunately, new technologies including pollution controls and combustion engineering have advanced so that emissions from biomass in industrial facilities are generally less than in the case of fossil fuels. Additionally, some CO2 emissions (carbon dioxide) from one year’s combustion of biomass are captured by future biomass crops through the process of photosynthesis.

Much of the emphasis on ethanol has centered upon its use as a means of reducing carbon dioxide emissions. However, according to a study published in Science, the use of corn-based ethanol nearly doubles greenhouse gas emissions over thirty years.

Ethanol and Biodiesel in Focus

Ethanol is a renewable fuel that is a clear, colorless, slightly toxic alcohol made from sugars found in grains such as corn, sugar beets, and sugarcane. Its widespread use as a fuel is of recent origin, and it is currently the most common of the “alternative fuels” used in transportation.

Ethanol first began significant use in the 1970’s as a popular domestic alternative to foreign oil imports in the wake of the “Arab Oil Embargo” that highlighted the growing U.S. dependence on foreign oil. It continued as a small contributor to energy supplies during the low oil prices of the late 1980’s and throughout the 1990’s, growing in use as a gasoline additive because of its value as an oxygenate under federal clean air laws. 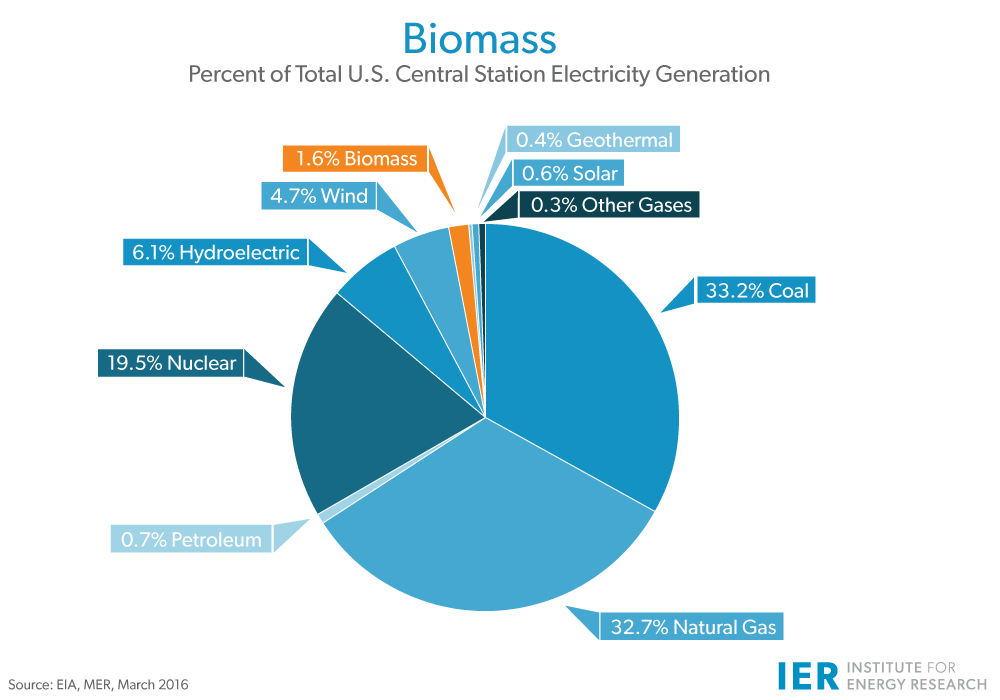 Congress initially mandated ethanol’s use to supplement gasoline in 2005, and increased the requirement in the Energy Independence and Security Act of 2007, which requires an increasing amount of ethanol to be mixed into fuel through 2022, at which point the Environmental Protection Agency is authorized to determine its future levels.

Ethanol is blended in the United States with gasoline to produce such fuels such as E85 (85 percent ethanol, 15 percent gasoline) and E10 (ten percent ethanol and 90 percent gasoline – “gasohol”). All automobiles are capable of using E10, and increasingly, automakers are offering E85 vehicles that can use this fuel interchangeably with other gasoline, albeit with reduced mileage per gallon of fuel. The U.S. Environmental Protection Agency wants to up the percentage blended with gasoline from 10 percent to 15 percent for use in automobiles of 2001 vintage and later models. Automobile manufacturers and small engine producers are against the increase citing damage to engines.

The United States has joined Brazil as the world’s leading producers of ethanol. In 2015, 214 ethanol plants in 29 states [ii] in the United States produced 14.8 billion gallons of ethanol – over 9 times more than the amount produced in 2000.[iii] Total capacity on line is 15.6 billion gallons. Under construction or expanding are 3 plants with 0.16 billion gallons of additional capacity. The Department of Agriculture estimates that the U.S. ethanol industry consumed 5.18 billion bushels of corn, which is 44 percent of the corn harvest of 11.86 billion bushels in 2015.[iv]

Brazil produces its ethanol from sugarcane while U.S. production of ethanol comes almost exclusively from corn. This distinction is an important one, as it comes at considerable costs and with several unintended consequences.

Corn yields far less sugar per acre than sugarcane, and its refining uses substantial amounts of energy. As a result, to get the industry started, domestic ethanol producers had depended on a 45 cent per gallon subsidy – as well as a 54 cent per gallon tariff on imported ethanol. Because the subsidy and tariff expired at the end of 2011, the further expansion of the ethanol industry is based on economics and the Renewable Fuels Standard that requires 36 billion gallons of biofuels by 2022, of which 15 billion gallons can be corn-based. Also, the growing use of corn-based ethanol in the US has created challenges in the agricultural sector. The price of food, for example, has increased considerably as land once used for food production competes to produce an energy feedstock for transportation fuel.

In addition to the displacement of food crops, the increase in corn-for-ethanol farming may place strains on the Midwest’s water supply. According to a 2007 report by the National Academy of Sciences, “[i]ncreased biofuels production will likely increase pressure on the water management challenges the nation already faces as biofuels drive changing agricultural practices, increased corn production, and growth in the number of biorefineries.” It also increases demand for natural gas, as corn growth is relatively fertilizer-intensive and natural gas is a key component of fertilizer.

Nonetheless, the growth of U.S. corn ethanol as a transportation fuel to supplement petroleum will continue, as government programs mandate its use. At present, over 200 ethanol plants are operating, most in the corn-rich Midwest, and several additional plants are under construction or expanding.

Because of such impediments to corn-based ethanol, much research has been undertaken to develop processes for the conversion of cellulosic biomass into a source of ethanol. Some believe that simple grasses and woody products of little other value would be attractive sources for a “next generation” ethanol fuel source. On September 3, 2014, a joint venture company called POET-DSM Advanced Biofuels held the grand opening of its Project Liberty cellulosic ethanol plant in Emmetsburg, Iowa. The plant is the first of three commercial-scale cellulosic ethanol facilities under development in the Midwest that convert corn stover (corn cobs, leaves, husk, and stalk) into ethanol. [v]

Biodiesel is a renewable fuel made from vegetable oils, animal fats, or grease. Most biodiesel today is made from soybean oil. Biodiesel is most often blended with petroleum diesel in ratios of 2 percent (B2), 5 percent (B5) and 20 percent (B20). Fueling engines with biodiesel is, relative to other fuels, in its infancy. From an environmental standpoint, it is biodegradable, non-toxic, and, unlike conventional diesel fuel, produces no sulfur emissions. 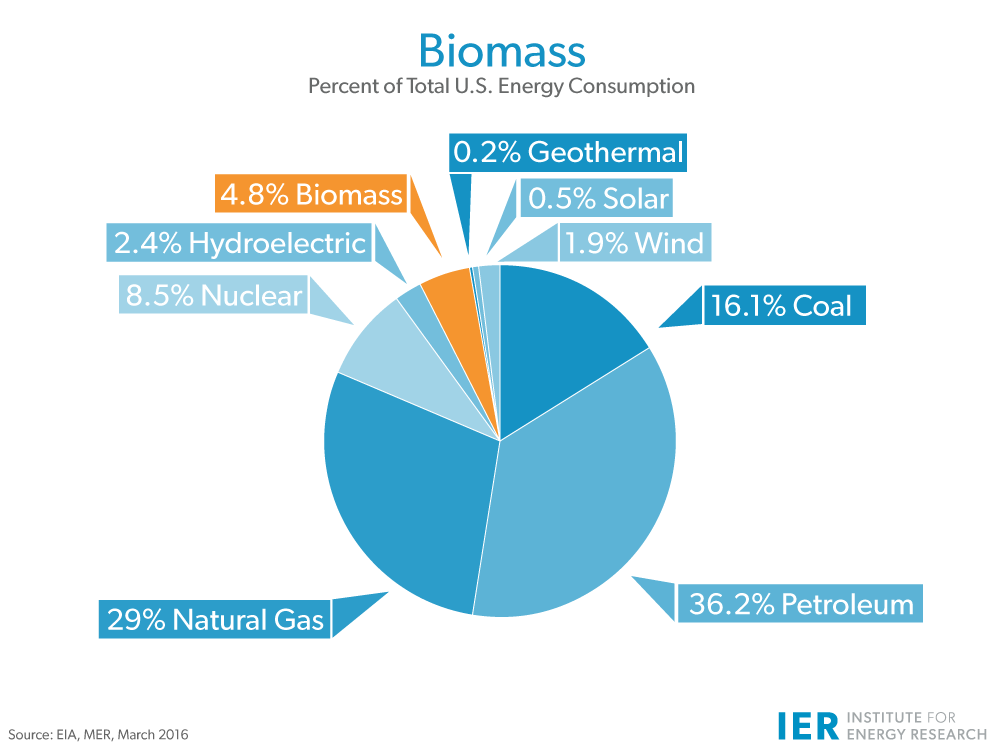