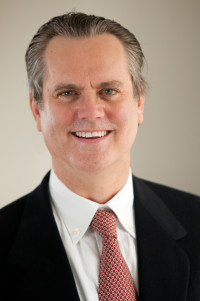 CEO and Founder
[email protected]
Download Bio PDF View Member Posts >
Robert L. Bradley Jr. is the CEO and founder of the Institute for Energy Research. As one of the nation’s leading experts on the history and regulation of energy markets, he has testified before the U.S. Congress and the California Energy Commission, as well as lectured at numerous colleges, universities, and think tanks around the country. Bradley’s views are frequently cited in the media, and his reviews and editorials have been published in the New York Times, Wall Street Journal, and other national publications.

Bradley is a senior fellow at the American Institute for Economic Research and Energy and Climate Change Fellow at the Institute of Economic Affairs in London.

Bradley received a B.A. in economics (with honors) from Rollins College, where he also won the S. Truman Olin Award in economics. He received an M.A. in economics from the University of Houston: and a Ph.D. in political economy (with distinction) from International College. He has been a Schultz Fellow for Economic Research and Liberty Fund Fellow for Economic Research, and in 2002 he received the Julian L. Simon Memorial Award for his work on energy and sustainable development.