About 10 percent of the ethanol plants in the United States have stopped production because of decreasing demand for gasoline, and high corn prices generated by last summer’s drought and the increasing federal ethanol mandates required by law. Between 2007 and 2012, gasoline demand declined by 6 percent, yet the ethanol production mandate continues to increase. Since a maximum of 10 percent of ethanol can be blended into gasoline by current regulation, the ‘blend wall’ will soon be reached. That is, the mandate will be greater than 10 percent of expected gasoline consumption. For this reason, the Environmental Protection Agency wants to raise the amount of ethanol that can be blended into gasoline to 15 percent for automobiles made in 2001 or later. Unfortunately for consumers, that will mean lower fuel efficiency for their vehicles since ethanol is around a third less efficient than petroleum-based gasoline, and it will also mean higher prices at the pump if the price of corn continues to grow as it has since the mandate was implemented. Flex-fuel vehicles that can run on 85 percent ethanol (E85) exist, but neither the fuels nor the vehicles are in demand and the stations that carry E85 are located mainly in the Corn Belt, leaving an infrastructure problem in furthering its use elsewhere in the United States.

This year refiners and importers are required to blend 13.8 billion gallons of ethanol into the nation’s gasoline, increasing to 14.4 billion gallons next year. The EPA allocates a share of the renewable fuel mandate to refiners and monitors compliance through the use of a 38 digit Renewable Identification Number, or RIN. If refiners do not use their required allocation of biofuel, they must purchase RIN credits from companies that have used more ethanol than required. Because available credits are running out, the price of RINs increased to around $1 a gallon, from about seven cents at the start of the year.[ii]

Further, the Renewable Fuels Standard mandates that cellulosic ethanol be produced, a product that is not commercially available. The first qualifying cellulosic biofuel was produced in April 2012, 20,069 gallons produced by Blue Sugars Corporation,[iii] but all was exported.[iv]  None was produced for the remainder of 2012. Thus, in the first 3 years of the cellulosic ethanol mandate, the percentage of qualifying fuel that was produced was 0 percent in 2010, 0 percent in 2011, and 0.004 percent in 2012 of the originally mandated volumes.[v] While little cellulosic ethanol exists today, EPA continues to mandate its use at greater levels each year. If refiners do not blend the EPA-required cellulosic levels, they are fined even though they cannot purchase the EPA-required fuel. The American Petroleum Institute sued EPA noting that it was unfair for gasoline blenders to be fined for the failure of producers to make a product that was not commercially viable. The United States Court of Appeals for the District of Columbia agreed, stating that EPA’s quotas were based on wishful thinking for cellulosic ethanol.[vi]

“We appreciate the Environmental Protection Agency’s (EPA) prompt action to rescind the 2012 cellulosic renewable volume obligation (RVO) following a U.S. Court of Appeals’ decision to vacate the 2012 cellulosic RVO. As a result of EPA’s response, AFPM has withdrawn its waiver petition, since our members are no longer required to purchase credits for fuel that doesn’t exist.  We believe that EPA should reconsider proposed 2013 volumes, which suffer from the same shortcomings, and finalize a 2013 cellulosic biofuel RVO that reflects the Court’s directive to aim for accuracy.

“While EPA’s decision on the 2012 cellulosic RVO is the right one, it doesn’t alleviate the waste of resources and time spent correcting just this one example of an impracticable Renewable Fuels Standard (RFS). A more immediate problem with the RFS is the fast-approaching blendwall, where EPA is mandating the consumption of ethanol in quantities that exceed the technological limitations of certain engines and refueling equipment. The result is a dramatic increase in the market price of ethanol RINs, which has risen nearly 1,000 percent since early January, with a predictable negative impact upon consumers of transportation fuels. AFPM encourages EPA to reevaluate the amount of ethanol that will be used to meet thresholds set as part of the RFS.”

Lawmakers assumed that demand for gasoline would grow in setting the mandates for ethanol production. Instead, gasoline demand has decreased to 8.7 million barrels a day in 2012 from 9.3 million barrels per day in 2007. Gasoline demand declined during the great recession and become stagnant in the United States because of recent sustained high gasoline prices and government mandates that require the corporate average fuel economy to double for new cars by 2025.[viii] 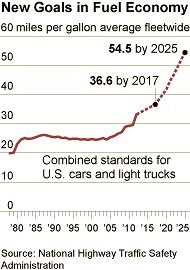 With a smaller gasoline market, less ethanol can be absorbed. Thousands of barrels of ethanol sit in storage because there is not enough gasoline in the market to blend it with.  Most car owners’ manuals call for an ethanol content of no more than 10 percent and most service stations are set up to sell fuel with an ethanol content of only up to 10 percent, which the industry calls the “blend wall.”[ix] While the Environmental Protection Agency wants newer model cars to run on blends of up to 15 percent, the infrastructure does not exist to do so and consumer advocates for small engines are fighting it through legal challenges. Grocery, auto and oil industry trade groups argue that using more corn-based ethanol in motor gasoline would harm engines and push up the price of food and gasoline.[x]  They are afraid the EPA will mandate the use of a product that leads to engine failures for which they will be held responsible, even though they are carrying out a government edict to sell a product they would not choose to sell.

Ethanol production is also down because ethanol producers are having trouble finding corn at a price that would provide a profit to companies producing ethanol. Operating margins for ethanol producers were in the red at the start of 2013 due to high corn prices and somewhat weak ethanol prices. Prior to the Renewable Fuel Standard, corn prices were between $2 and $3 a bushel and they are currently around $7 per bushel . The United States is starting to receive corn from Canada and could eventually import corn from South America.[xi]

The EPA has the authority to make decisions regarding ethanol use that can benefit consumers, but instead provides mandates for a non-existent fuel (cellulosic ethanol) and looks to increase the blending ratio for ethanol used in vehicles that will only decrease fuel economy and increase fuel and food prices further. The blend-wall for ethanol is fast approaching and can cause consumer prices to increase if RIN credits keep escalating and corn prices continue to grow. The EPA has the authority to revise the ethanol requirements, and some believe doing so would decrease the cost of gasoline by five to 10 cents a gallon.[xii] This seems like a “no brainer” since the original targets for ethanol blended into gasoline were based on increasing gasoline demand, not declining demand as we are seeing it today.