One among many vexing aspects of the carbon tax debate is that most commentators operate on the faulty premise that insofar as global warming is a problem greenhouse gas emissions themselves represent it. What this misses is that it is not emissions per se that precipitate warming, even if we assent to the findings of mainstream scientific bodies. What precipitates warming is an increase in greenhouse gas concentrations. By shifting our analysis from emissions-centrism to a concern for concentrations we open up a much wider range of responses to the challenges that warming might present—and most importantly we open up options that are neither coercive, nor destructive to our economic wellbeing.

Two recent papers highlight different approaches (photosynthetic capture by trees, accelerated weathering of rocks, and bioenergy plus carbon capture and storage) that might be useful for reducing atmospheric carbon dioxide concentrations and that would upend the case for a carbon tax. To be sure, the papers’ authors would like to see the carbon dioxide removal strategies used alongside emission reduction policies, but their work nevertheless shows that carbon tax advocates are not accounting properly for the human creative capacity. While I think this may portend a new chapter in debates surrounding global warming, politicians are likely to lag behind in their processing of this factor.

Below you will find links to and excerpts from the two aforementioned papers, one of which appears in Frontiers in Climate, the other in Science; you will find a response to the Science paper from IER senior economist Robert P. Murphy; and you will find the most thorough documentation I have yet seen on the roughly two dozen Democratic presidential contenders’ climate change policies, thanks to PolitiFact. If you follow the PolitiFact link and navigate to the bottom of the page, you will be able to sift through the candidates’ positions on carbon taxes as well as other energy and environmental issues like hydraulic fracturing and public lands via dropdown menu.

Missing the forest for the trees
Frontiers in Climate, July 2019 paper:

In reviewing the work ahead, it’s helpful to remember that the case for CDR [carbon dioxide removal] is extremely compelling, founded in daunting and incontrovertible math and science. We do what we do first and foremost because it is necessary and because we value our progress, civilization, and the glory of the natural world. This is true regardless of how difficult the path or how vexing the societal circumstances of the undertaking. Cleaning our collective room may be unpleasant but is ultimately necessary and is the work of climate restoration.

In that context, engaging in policy, finance, markets, and society are equally necessary. The work of reducing and reversing greenhouse gas emissions is not like the work of developing a fast microchip or a new medical scanner—dealing with a tragedy of the commons involves engaging the commons.

Toward that end, scientists and engineers involved in engineered CDR should embrace the necessary ambition to make progress and wield it with humility.

They will need to listen carefully to politicians of all stripes to understand their needs and serve them in a way that’s consistent with rapid deployment of CDR technologies. This requires perseverance as well as a willingness to postpone an optimal solution for an actionable one.

The restoration of trees remains among the most effective strategies for climate change mitigation. We mapped the global potential tree coverage to show that 4.4 billion hectares of canopy cover could exist under the current climate. Excluding existing trees and agricultural and urban areas, we found that there is room for an extra 0.9 billion hectares of canopy cover, which could store 205 gigatonnes of carbon in areas that would naturally support woodlands and forests. This highlights global tree restoration as our most effective climate change solution to date. However, climate change will alter this potential tree coverage. We estimate that if we cannot deviate from the current trajectory, the global potential canopy cover may shrink by ~223 million hectares by 2050, with the vast majority of losses occurring in the tropics. Our results highlight the opportunity of climate change mitigation through global tree restoration but also the urgent need for action.

When it comes to carbon taxes, the conventional logic has simply assumed that penalizing emissions is the appropriate solution to the ostensible problem of harmful climate change. But maybe that is totally wrong. Perhaps it would make far more sense to pay people to plant trees.
…
New developments in the scientific literature show that tree-planting might be the single best way to reduce the human contribution to carbon dioxide in the atmosphere. The whole episode shows the folly of top-down political solutions to social challenges. Even if we stipulate the standard framework of “market failure,” it does not follow that a carbon tax set to the “social cost of carbon” is the way to restore efficiency. The case for a carbon tax is much weaker than the so-called experts have been assuring us.

In a January 2019 opinion piece, a bipartisan group of economists said that a carbon tax is the most cost-effective method to reduce emissions “at the scale and speed that is necessary.”

But carbon taxes are not without controversy. Ten states have active carbon pricing programs, according to the Center for Climate and Energy Solutions, but voters have rejected carbon pricing initiatives in other states like Washington, where Inslee endorsed the program.

Some critics are concerned on the impact carbon pricing systems may have on low-income households; protests erupted in France after fuel tax hikes were put in place, and France later suspended the increases. 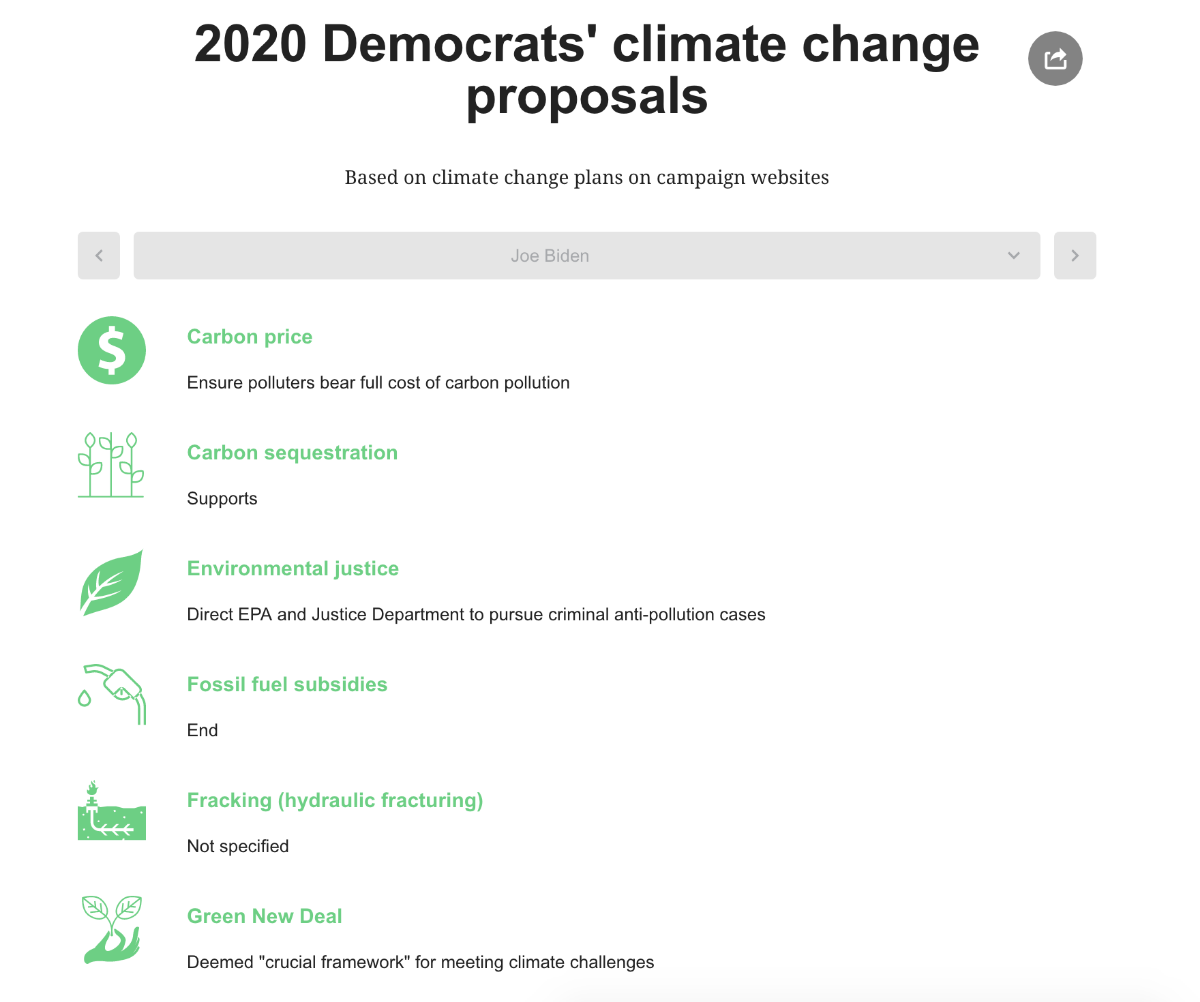 Bloomberg’s Outlook Is Pessimistic on Coal and Nuclear