For years on these pages, I have written various posts explaining that even if we accept the computer models touted by the IPCC and White House at face value, we still can’t justify aggressive government policies to limit greenhouse gas emissions. For just one example, in September 2014 I wrote a post that used the latest IPCC report’s numbers to demonstrate that the economic costs of capping global warming at 2°C would likely exceed the benefits of avoided climate change damage.

In case any IER readers thought my analysis couldn’t be right, we’ve got independent confirmation from “the other side” that the formal models don’t support the claims of climate alarmists. Specifically, last month David Roberts at Vox—who advocates aggressive government action in this area—posted an article trumpeting a new survey from the Institute for Policy Integrity, which showed that economists publishing in the field of climate change thought that the actual models in the literature were underestimating the danger. (Incidentally, the Institute has its own very curious roots, and appears to have been founded by some very well placed political operatives, including John Podesta, Jack Lew, and Steven Croley, all of late affiliated with the Obama White House.)

For an example of how the 365 economists who responded to the survey were more concerned than the actual published literature, consider the question asking what year would the world start experiencing net negative economic impacts from climate change? Here is the breakdown of the answers: 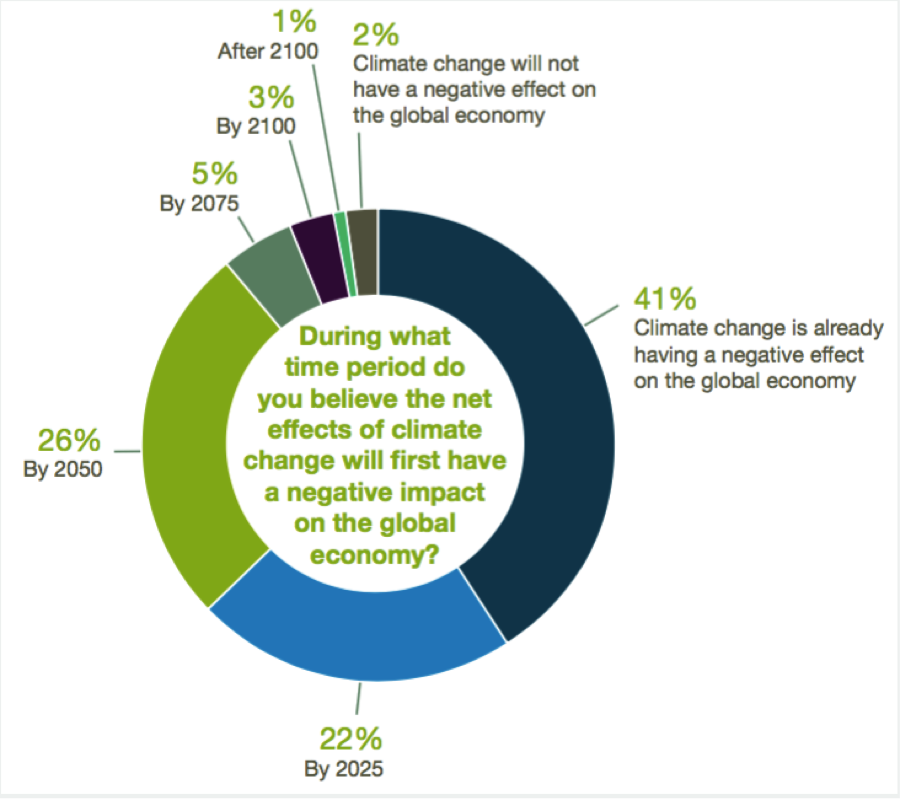 Already, notice that the expert respondents are at odds with the alarmist rhetoric that declares destructive climate change is already upon us. As the numbers indicate, 59 percent—a solid majority—thought that climate change would be beneficial for the global economy at least through the year 2025. Moreover, 37 percent of the experts thought that climate change would be beneficial to the global economy until at least the year 2050. Does this match up with the apocalyptic rhetoric coming from Vox and other quarters?

Yet even though the above survey response may surprise readers who have heard that disaster is imminent, the results in the published literature are even more optimistic. As Roberts reports:

The median answer here is 2025, which is considerably earlier than many prominent economic models estimate. For instance, Tol’s FUND model — one of the three big models used in the field — estimates that impacts will not be net negative until 2080.

In other words, the expert economists are not using the published results in order to justify the answers in the chart above. Their judgment tells them things are worse than the peer-reviewed models indicate, and—to reiterate—even the judgment of 37 percent think climate change will help the economy through 2050.

Later on Roberts explains that the economists publishing in this field don’t believe the official models:

The most interesting results of the survey, at least to climate nerds like yours truly, are about economic models and the values and assumptions that inform them. In short, most economists who work on climate believe that the climate-economic modeling community (a relatively small subset of economists) is systematically underestimating climate change — and thus giving policymakers bad advice.

Now of course, Roberts is happy to report this—because he thinks it justifies more intervention. But hold on a second. We’re not supposed to make government policy based on surveys of people’s hunches that aren’t supported by formal methods.

The irony here is incredible. Americans have been beaten over the head for years about the “settled science” of the peer-reviewed research, and the Obama Administration assembled an Interagency Working Group that has spent years calculating and updating estimates of the “social cost of carbon.” We at IER have reported on all of the problems with these models, and cited MIT economist Robert Pindyck’s scathing critique. Now guys like Roberts are coming along and effectively saying, “I don’t care about the peer-reviewed literature that the IPCC uses, or the models chosen by the Obama Working Group. Let’s make policy by conducting a survey to see what the group thinks.”

Things get even worse when we start examining why these economists think that the official measures are underestimating the dangers. One major reason is that these economists want to throw out market-based interest rates and substitute their own ethical judgments in their place. I’m not putting words in their mouths; look at the report: 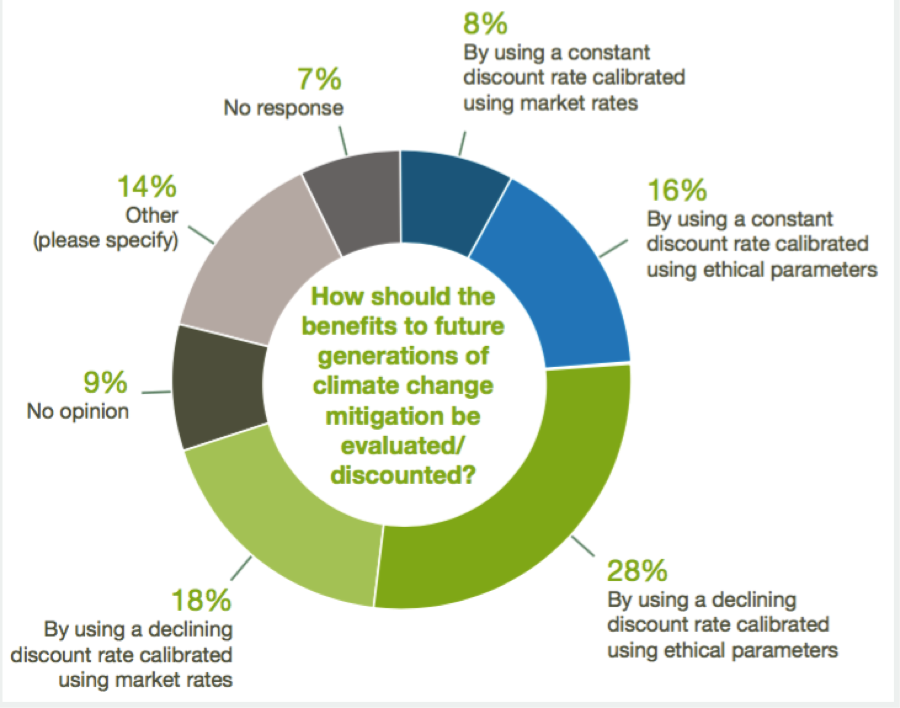 Although they may have expertise on certain matters of analysis, professional economists have no claim to superior ethical standards than the community at large. Economists understand the impact of discount rates on climate policy more than the average person, but economists don’t have any superior standing in the debate over how we should weigh future welfare against present outcomes. Market discount rates take into account how the community at large balances the present versus the future. To throw out this “consensus” in favor of an arbitrary number picked by a group of experts is a very dubious move, which should at least be explicitly debated. The choice of the appropriate discount rate involves considerations that extend far beyond a mere technical detail, and as such a few hundred economists shouldn’t dictate policy on this criterion.

To be sure, it would take expert economists to accurately explain to everyone else exactly what the issues are, and why the discount rate matters so much when it comes to the “social cost of carbon” and other buzzwords. Yet if more Americans understood this wonky issue, I think most would be outraged when they realized that they are being asked to pay higher energy prices today, so that the lion’s share of computer-simulated benefits from greenhouse gas restrictions accrue to people in the distant future who will be much wealthier.

For years, I have been patiently explaining that the actual peer-reviewed literature in the IPCC reports—not to mention the models chosen by the Obama Administration’s own task force—do not support aggressive intervention in the name of fighting climate change. The recent survey from the Institute for Policy Integrity unwittingly confirms my assessment.

The club of “settled science” has been a farce when it comes to the economics of climate change. Realizing that their formal procedures haven’t produced the policies they desire, even the supposed experts are admitting that their models are inaccurate. They openly admit that they want to substitute ethical judgments for objective market outcomes in a way that drives the outcome toward more intervention.

Before closing, let me draw the reader’s attention to one last interesting tidbit. Figure 2 of the survey shows that fully 50 percent of these experts do not think climate change requires “immediate and drastic action.” Keep that in mind when outlets such as The Guardian try to spin the study as supporting aggressive action in order to avert imminent catastrophe.

In any event, we have now reached the point in the climate policy debates where the very community producing the “consensus research” is throwing that research under the bus. Why don’t we just end the farce and appoint David Roberts czar of greenhouse emissions, to do whatever the 365 smartest guys in the room consider appropriate?