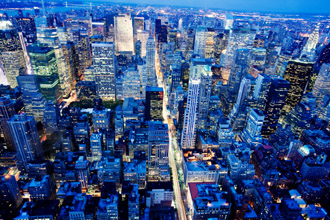 Energy is the lifeblood of our economy.  As our competitors around the globe have shown us in recent years, job creation and economic growth begin with access to abundant, affordable energy supplies.

Unfortunately, the Obama administration’s stimulus proposals are founded on the fundamentally flawed notion that we will achieve prosperity if we make coal, oil, and natural gas, which make up 85 percent [1] of the energy that fuels our economy, more expensive and less available.  Meanwhile, President Obama wishes to spend billions of taxpayer dollars on the most expensive and least efficient energy sources and force American consumers to pay more to purchase them.

IER supports government policies that encourage private investment, foster job creation, and provide American consumers access to the vast, proven, affordable energy supplies they own beneath the 2.3 billion acres of government lands not leased for responsible energy production.  These enormous taxpayer-owned resources, and the American jobs they would create, have been held hostage by a decades-long government policy of saying, “No, we can’t”.

Today, IER is offering a bold economic stimulus plan that will create jobs, strengthen our economy, enhance our national energy security, and make the U.S. more competitive in the world.  Best of all, it won’t cost taxpayers a dime.  In fact, it could generate hundreds of billions of dollars, along with jobs and new energy supplies for the future.

IER’s plan represents the most significant change in government energy policy in more than three decades.  We urge the Obama Administration to say, “Yes, we can” to our two-part plan, which begins by embracing the fundamental medical precept: First, Do No Harm:

And second, say “Yes, we can” and pursue the following landmark changes in federal energy policy: