The U.S. Energy Information Administration recently released their latest Monthly Energy Review which provides data on the energy situation of the United States for the first six months of 2021. One interesting piece of data in the report is that electricity generation in the United States from coal production is way up this year. Besides coal, wind and solar continue to rapidly increase in percentage terms.

Overall, electricity generation is up 4 percent comparing January through June of 2020 to 2021. The biggest factor has been the increase in electricity generation from coal.  Coal is up an impressive 35 percent while the higher price of natural gas has led to less natural gas production.  Hydro is down 13 because of drought in the West. Solar and wind continue substantial increases in percentage terms. 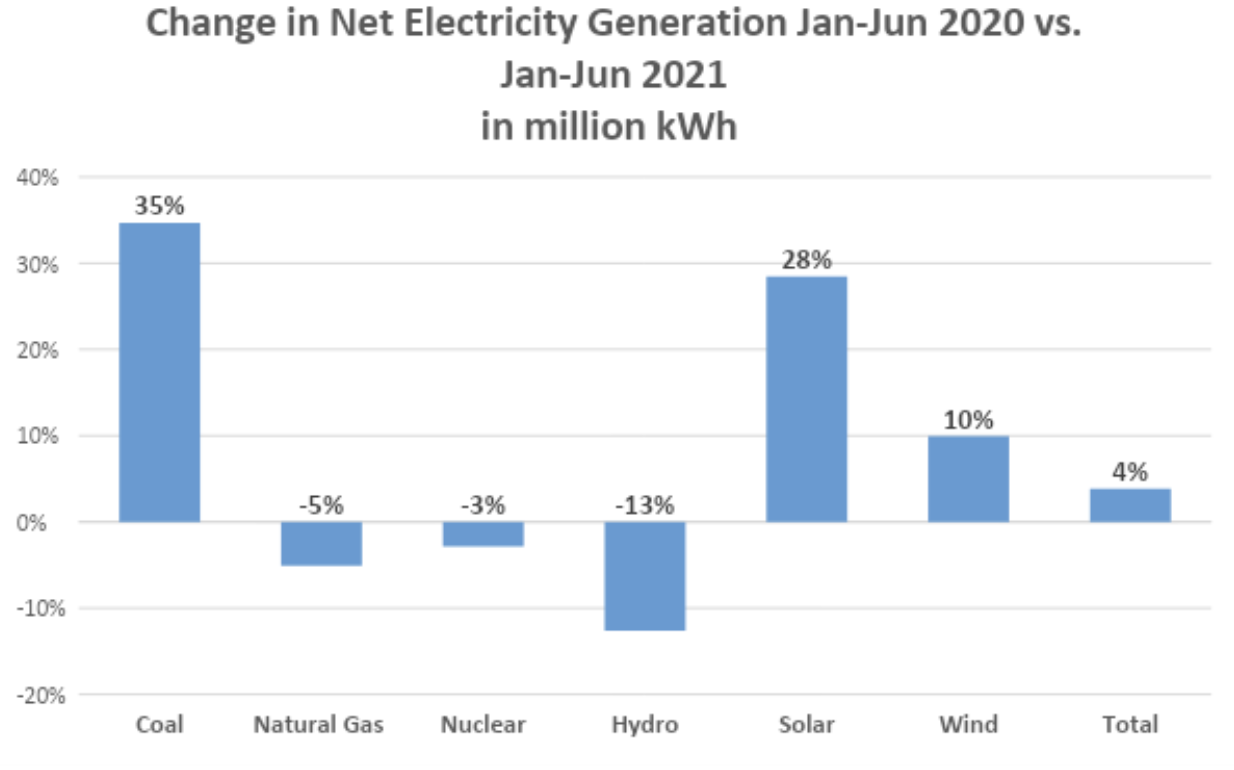 The increase for coal is even more impressive when seen in terms of million kWh generated: 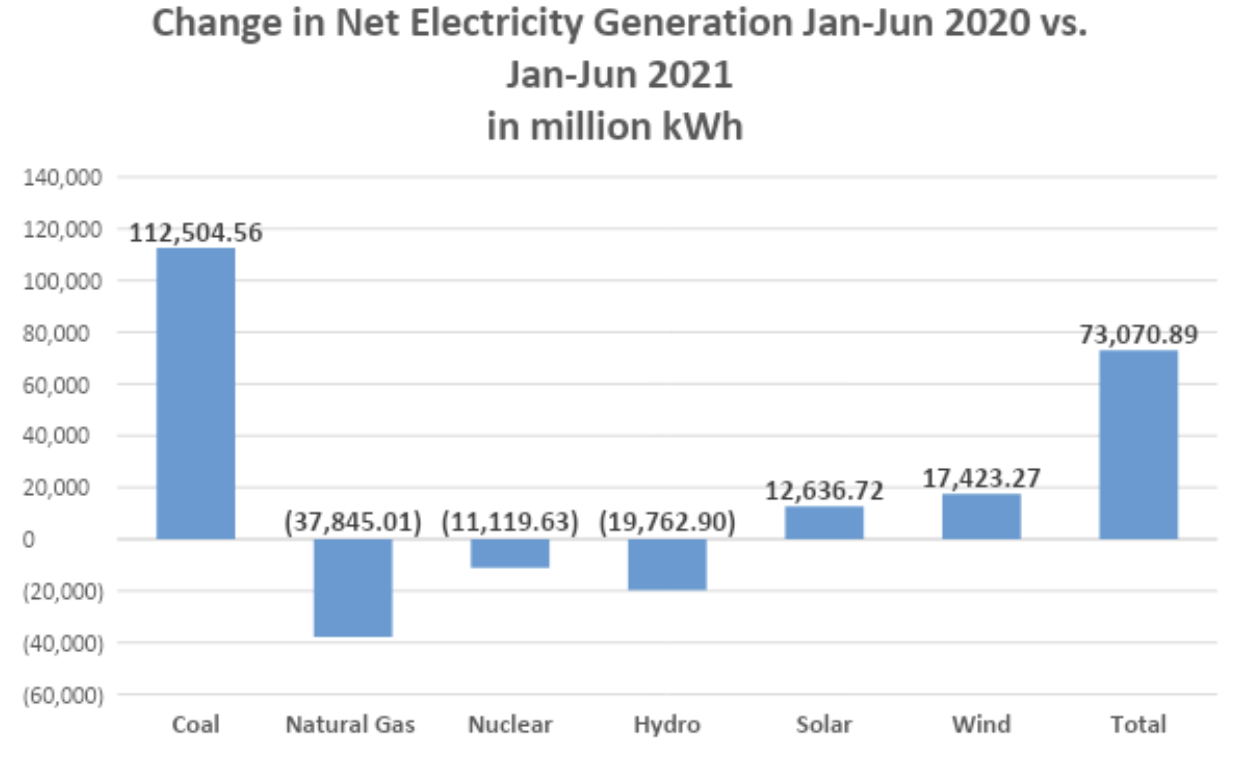 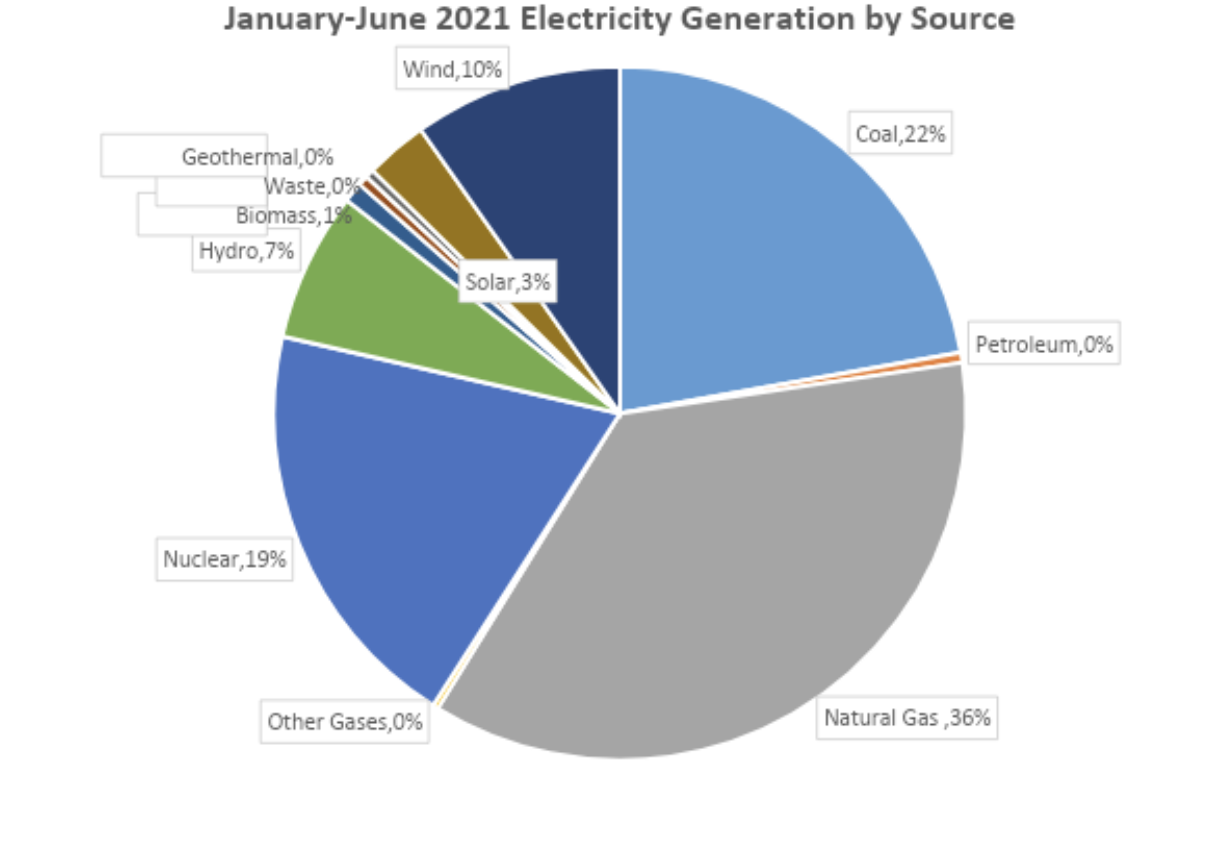 Wind and solar generation are indeed growing and will continue to do so. For the first six months of 2021, solar accounted for 2.9 percent of electricity generation and wind contributed 9.7 percent.

While renewables get all the hype, it’s important to note that over 1/5 of total electricity generation still comes from coal and coal will likely play a very important part of keeping the lights on for years to come.

Get Ready for an Expensive Heating Season