The increasing global demand for crude oil has led to record-high prices and enabled major oil companies to post record earnings in recent years.  Some lawmakers have decried the profits as excessive, calling for the enactment of a “windfall profits tax” and other fees and taxes to penalize the oil companies.

According to the Energy Information Administration’s Financial Reporting Survey (FRS), the major energy corporations earned $64.7 billion from U.S. production activities in 2006 (the most recent and compete data available) and paid $23.5 billion in federal, state and local income taxes.  That’s an effective tax rate of 36.3 percent.

Total taxes paid to the U.S. Treasury (taxpayers) for 2007 and 2008 are expected to break all records. 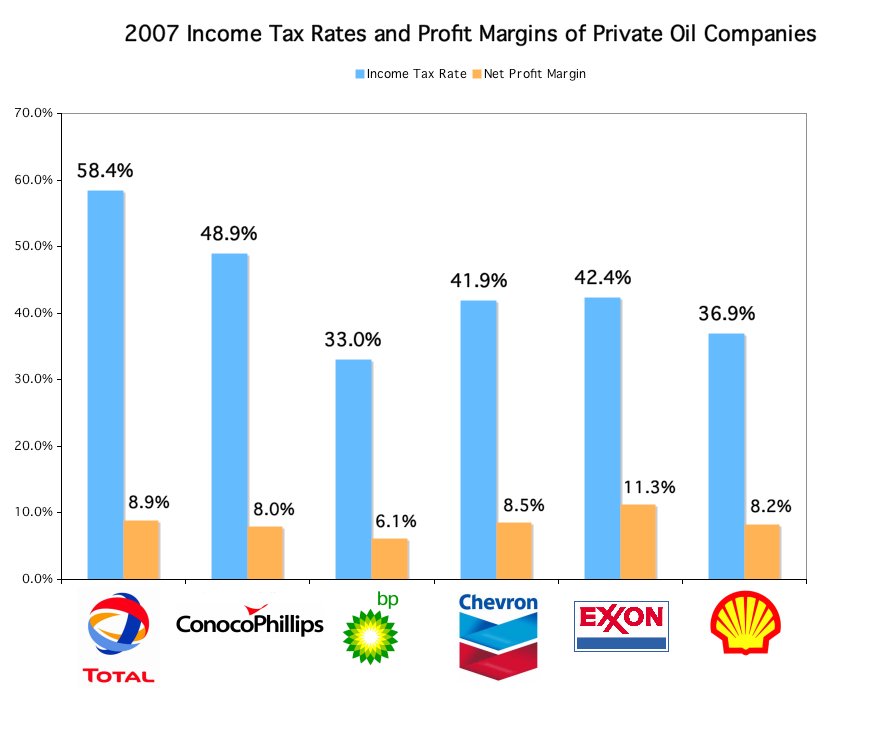 In point of fact, rising oil and gas revenues have provided a “windfall” of new revenue for the federal government.  Those seeking to increase taxes on energy producers should recall the lessons of the past.  When President Carter signed a windfall profits tax on the oil companies, its proponents estimated that it would yield an additional $393 billion in gross revenue for the federal government.  Yet when President Reagan ended the tax, it had raised less than $80 billion in gross revenue and had resulted in a dramatic decline in domestic energy production and greater dependence on foreign sources of energy.

See also: A breakdown of energy subsidies by source.

Where Your Gasoline Dollar Goes