On the heels of the President’s recent visit to Brazil where he announced that he’s all in favor of helping their country develop its oil and gas drilling, we now read news about Cuba seeking their own energy independence.  And it makes one wonder, has the 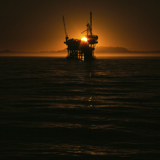 A country as technologically savvy as ours should not be outperformed by a communist country operating as if it were still 1959.  Cuba announced that this summer they will begin drilling deepwater oil wells with the goal of completing five by 2013.  Back in the United States, the Obama administration has only recently started issuing exploratory permits for offshore drilling and they’re attempting to move away from it as they approach other countries to continue.

Only a month ago President Obama told us, “We can’t drill our way out of this [energy crisis]. We must break our dependence on oil.” Yet in Brazil, a few weeks later, he stated that his administration wants to assist the Brazilian government “with technology and support” in developing its oil reserves.  He then went on to say, “And when you’re ready to start selling, we want to be one of your best customers.”

Well Mr. President, which is it?  Are we ceasing our domestic drilling or are we breaking our dependence on foreign oil?

It’s staggering to think that Cuba produced 21 million barrels of oil in 2010, about one half of its oil consumption needs.  Meanwhile, the United States has the ability and resources to become completely independent of foreign oil; with an estimated 163 billion barrels of conventional oil still in the ground, according to the Congressional Research Service.  That much oil would sustain our production for over 50 years.

So before Secretary of Interior Ken Salazar testifies at his next Senate hearing and goes on record saying: “…we [U.S.] do not produce enough oil in this country to influence price of oil because it’s set in world markets,” – he should do his homework, crunch the numbers, and report them to his boss.