The Government Accounting Office (GAO) just released a report entitled: Actions Needed for Interior to Better Ensure a Fair Return regarding the nation’s oil and gas resources.[i]  GAO has determined that the Department of Interior does not have the procedures in place to ensure that the American taxpayer is getting a fair return for access to the nation’s oil and gas resources. In particular, the GAO recommends that the Interior Department implement procedures to make adjustments to onshore royalty rates. (The Department of Interior increased royalty rates for offshore production in 2007 and 2008.) Further, GAO recommends that procedures be put in place to make periodic assessments of the fiscal system and for adjusting lease terms for new offshore leases. But, what the GAO did not analyze is whether these changes would make any difference in total revenues from oil and gas production on public lands—a big hole in its analysis. GAO failed to consider the lost revenue from the lands the federal government does not lease and GAO also failed to consider why oil and gas production is increasing on private and state lands, but decreasing on federal land.

According to the GAO:

“The federal government seeks a fair return on its share of revenue from leasing and production activities on federal lands and waters through the federal oil and gas fiscal system. Under the fiscal system, companies pay royalties, rents, and other payments—payments generally specified in lease terms—and taxes on profits from the sale of oil and gas produced from federal leases.”

If a narrow review of Interior’s procedures is what is warranted, GAO’s recommendations would be what one would expect. However, the GAO study is too narrowly focused on process and royalty rate increases without examining the bigger picture of development of oil and gas resources on private and state lands vs. public lands. 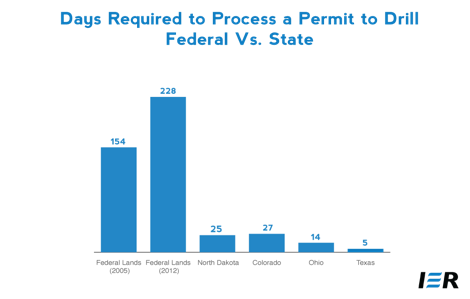 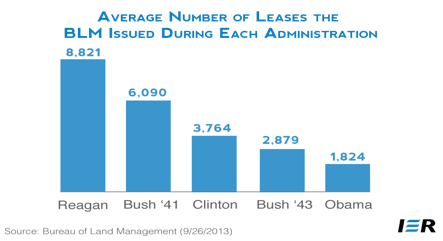 By suggesting that Interior increase the federal royalty rate, GAO is suggesting increasing the price the government charges for something that people evidently do not want to buy even at a lower cost than its rival. What the GAO should have looked at is why production is falling on public lands when federal government prices are lower than the competition?

GAO is concerned that Interior’s policies “by themselves, provide a long-lasting assurance that federal resources will provide a fair return.” This is a valid concern. But a fair return would consider the fact that Interior fails to lease millions of acres for oil and natural gas development. This means that the federal government’s return on those acres is zero—regardless of the royalty rate.

It may be that GAO understands little about economic growth or policies that allow for investment to occur.  GAO is part of the legislative branch–the branch of government that has passed myriad laws and authorized the very regulatory efforts that has led to making federal lands production uneconomic despite lower royalties than private and state lands. Like Washington and its terribly misguided policies, agents of Washington like GAO tend to suffer from the same tragic group thinking that perpetuates bad policies that hurt Americans.

With these abysmal statistics, it is not surprising that revenues are not where they should be. But raising the royalty rates on onshore production is not what is currently needed to get the American taxpayer its proper revenues from oil and gas resources on public lands as one can see from the study described below.

Further, the increase to GDP would be $127 billion annually for the next seven years, and $450 billion annually in the long run. Most impressively, the opening of federal lands could have a cumulative increase in economic activity of up to $14.4 trillion over a period of 37 years. And the ripple effect of that boom would be 552,000 in job gains annually over the next 7 years with annual wage increases of up to $32 billion over that time period and an increase of 1.9 million jobs annually in the long run with annual wage increases of $115 billion.[iii]

While the GAO study provided recommendations that are obvious, it did not get at the real issues of why the American taxpayer is not getting his or her adequate return from the public’s natural resources. The narrow focus of the GAO report did not indicate to the American public that federal bureaucratic red tape is causing the oil and gas industry to look elsewhere for its large investments in oil and gas production infrastructure. Raising the royalty rates on onshore production would not necessarily mean more revenues, at least not as much additional revenues as opening federal lands to oil and gas production would accomplish for the American taxpayer.  But, even without the additional leasing, much could be accomplished by the federal government speeding up permit processing times comparable to oil and gas-producing states, whose ability to adequately regulate production has been demonstrated for over a century.