In the wake of Hurricane Ike, the Associated Press conducted an investigation of Ike’s environmental toll. The AP reported:

The AP’s analysis found that, by far, the most common contaminant left in Ike’s wake was crude oil — the lifeblood and main industry of both Texas and Louisiana. In the week of reports analyzed, enough crude oil was spilled nearly to fill an Olympic-sized swimming pool, and more could be released, officials said, as platforms and pipelines were turned back on.

The Minerals Management Service, which oversees oil production in federal waters offshore, said the storm destroyed at least 52 oil platforms of roughly 3,800 in the Gulf of Mexico. Thirty-two more were severely damaged. But there was only one confirmed report of an oil spill — a leak of 8,400 gallons that officials said left no trace because it dissipated with the winds and currents.

Hurricane Ike caused many small oil spills, not a single spill of 12,000 barrels of oil. As the Minerals Management Service (MMS) notes, the largest spill, “a leak of 8,400 gallons . . . left no trace because it dissipated with the winds and currents.” This is an important point about oil spills—nature dissipates small spills.

The environmental performance of the offshore oil and gas industry dealing with Hurricane Ike is impressive. The storm destroyed 52 oil platforms and severely damaged 32 others, but according to the MMS as reported by AP, there was only one confirmed offshore oil spill of 8,400 gallons (200 barrels).  The other spills came from onshore facilities, platform storage tanks, and pipeline sections.

We should continue to work to improve our environmental protection, but it is important to put these oil spills in perspective to the oil Mother Nature and other sources leak into the oceans. 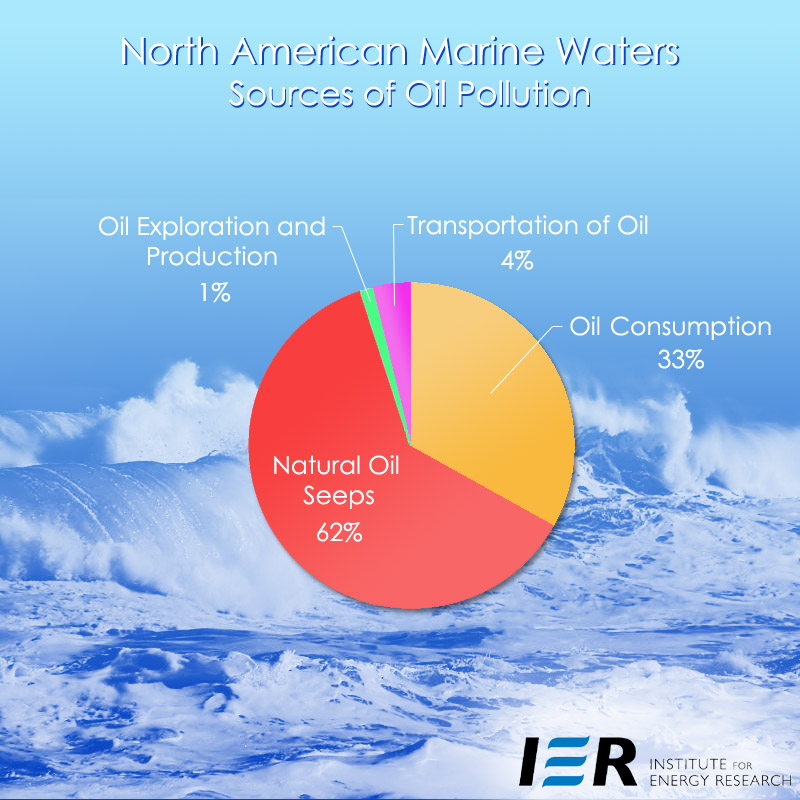