Electric utilities have turned to natural gas for electricity generation because of its low prices and because of onerous regulations affecting coal plants from the Environmental Protection Agency (EPA). Natural gas emits about half the carbon dioxide emissions that coal emits and is dispatchable, which means it can be turned on and off by an electric grid systems operator and thus can be used to back-up renewable technologies such as wind and solar when the wind is not blowing and the sun is not shining. Its dependability as a generating technology, its low fuel cost, and its lower emission rate make natural gas an important generating source for electric utilities. So much, in fact, that in April 2015, natural gas surpassed coal in electricity output, generating 31 percent of the nation’s electricity to 30 percent for coal.[i] Coal, in the recent past, had been generating 50 percent of the nation’s electricity.

However, one needs to question whether natural gas is the answer for replacing coal in the generation sector. Natural gas has numerous uses—for heating and cooking in the residential and commercial sectors, as a fuel in manufacturing processes in the industrial sector, as feedstock for chemical and agricultural uses and as a generating technology in the electric sector. Because of its numerous uses, it has often needed to be rationed or prioritized with the residential sector generally receiving priority. For example, in the Northeast during the polar vortex, pipeline capacity was so constrained that the cost of generating electricity from natural gas rose to astronomical proportions. Where dual-fired capacity was available, such as in New York, oil was found to be cheaper than gas and was used instead. But, coal and nuclear units were used heavily to get the Northeast through the cold spell. Since then, coal and nuclear units have been retired due to pressing environmental regulations.

But winter is not the only time of the year when the generating sector has problems receiving enough gas to meet demand. This summer in California, temperatures have hit the 90s and air conditioning units have been run at full force. The Independent System Operator (ISO) for the state called on consumers to conserve energy due to constraints on its gas supply. Luckily, demand response programs and conservation alerts kept demand below levels that would have resulted in black-outs. When the alert was issued on June 30 and July 1, wholesale power prices increased 51 percent in Northern California and 44 percent in Southern California. If it were not for natural gas in storage, matters would have been much worse. Electric utilities across the western part of the nation withdrew 1 billion cubic feet of gas from storage to meet demand in the week of the alert when they typically add 11 billion cubic feet into storage.

California’s energy policy, calling for a heavy level of non-hydroelectric renewable energy and large emission reductions is putting a strain on its utility generation system.[ii] Because it needs reliable power, it has turned to natural gas. Since 2003 — when the state enacted its renewable portfolio standard — natural gas supplied 62 percent of the 21,000 megawatts of new electric capacity.

California has both a cap and trade system to reduce greenhouse gas emissions to 1990 levels by 2020 and a renewable portfolio standard that requires utilities to purchase 33 percent of their electricity from non-hydroelectric renewable sources such as wind and solar by 2020. To reach these requirements, it has 200 different state programs that mandate or subsidize renewable energy production, which are on top of the federal programs that further these initiatives.[iii]

The outcome of these programs has been a major increase in consumer prices and an increasingly unreliable electric grid. Residential electricity prices in California are about 40 percent higher than the national average and the eighth-highest in the nation. California’s unemployment rate, which is exasperated by its high-cost energy, is a full percentage point higher than the national average. And with less generation from conventional sources and more from unreliable renewable sources, California’s ISO warned that “the system becomes increasingly exposed to blackouts when generation or transmission outages occur.”

California’s policies are not for the rest of the nation to emulate because of its mild climate that does not rely on heavy heating and cooling, its importation of reliable power from neighboring states, and its lack of an energy-intensive manufacturing sector due to its higher energy costs. States with a more extreme climate and a job-producing manufacturing sector need to generate reliable power.

EPA’s Proposed Plan for Existing Generators Calls for the Californication of the U.S. Power Sector but the Rest of the World Does Not Agree

EPA’s so-called “Clean Power Plan” will require electric generators to reduce their carbon dioxide emissions by 30 percent from 2005 levels by 2030. While states will be given flexibility to determine their own compliance plans according to the EPA, the proposed rule is so strict that EPA is actually forcing the states to impose a mix of California programs on their utility industry. According to analysis of the proposed plan by the Energy Information Administration (EIA), it will require massive amounts of unreliable wind and solar power to be constructed, utilize the nation’s natural gas plants more heavily increasing gas consumption and prices, and mandate demand programs to increase efficiency and reduce electricity consumption. The result of this plan and other mandates by the EPA on the generating sector is a 16 percent increase in residential electricity prices expected by 2030 in EIA’s analysis.[iv]

While the EPA is doing all it can to destroy the U.S. coal industry and low-cost power generally, countries around the world are turning to coal for reliable electricity generation. Since 2000, developing countries (e.g., China, India, Vietnam, and Indonesia) have been building coal-fired power plants at a rapid pace. There are at least 2,177 coal units currently on the drawing board worldwide, of which, 557 are under construction totaling 276 gigawatts. There are another 1,000 gigawatts in various stages of planning. These countries are building coal-fired plants because they need access to low-cost electricity to light up their homes, offer an alternative to indoor wood-burning, power heavy industry, and help people out of poverty.[v] 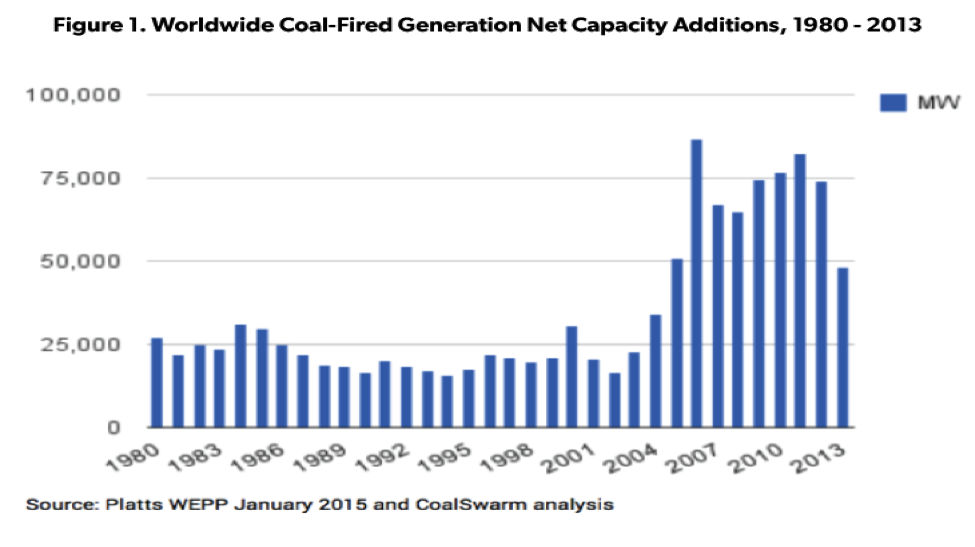 The demise of the U.S. coal sector will result in increased consumer prices for electricity, a less reliable electricity grid, and a generating sector subject to brown outs and black outs. U.S. electricity consumers and their elected representatives need to pay attention now to onerous environmental regulations on the U.S. electricity sector. While the United States will be retiring its coal units, other countries will be building them to fuel their economies and to bring their citizens out of poverty. The United States will be made an example, but for no net environmental gain. Natural gas is a good fuel, but it should not be relied on to supply all of the country’s needs. A diversified energy sector is important and coal needs to remain a part of it.

UK Getting Wise to Renewable Subsidies