Canada is the largest source of U.S. oil imports, supplying 21 percent of U.S. petroleum imports in 2009.[i] But Canadian oil reserves, though abundant (the second largest in the world), are mainly composed of oil sands. Oil sands are a heavy, unconventional oil that exist in a semi-solid or solid phase. They need to be heated or diluted with hydrocarbons to flow like conventional crude oil. Because oil sands require additional processing, compared to conventional crude, they require higher oil prices to be economic. Their production also results in slightly higher levels of greenhouse gases than conventional crude oil, also owing to the additional processing required.[ii]

The mid-western region of the United States—Petroleum Administration for Defense District 2 (PADD II)—is heavily reliant on Canadian imports of petroleum, with 87 percent of its petroleum imports coming from Canada.[vii] Likewise, the majority of Canadian crude oil exports (64 percent) flow into PADD II. Of those exports into PADD II, heavy oil represents 75 percent.[viii] (See the map below for the states within each PADD.)

The other U.S. PADD regions also import petroleum from Canada, of which oil sands represent a share. The Rocky Mountain states (PADD IV) receive all their imports from Canada,[ix] but it represents a much lower share of Canadian crude oil exports—12 percent. However, 80 percent of those exports consist of heavy oil.[x] 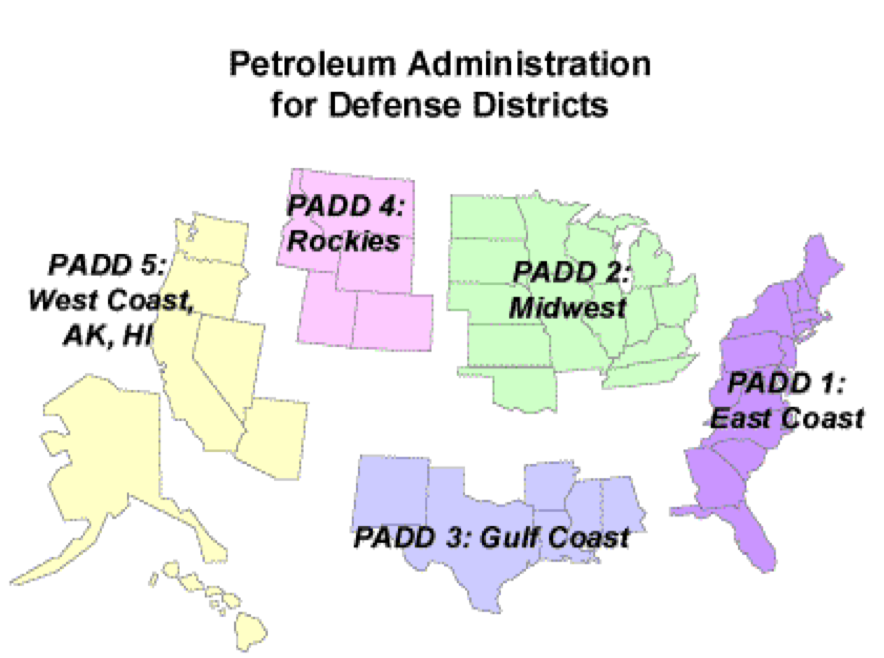 The Gulf Coast (PADD III) is a heavy producer, importer, and refiner of crude oil, but imports only 2 percent of its petroleum imports from Canada[xi] because of its deep water ports that bring in petroleum from other countries. Approximately 6 percent of Canadian crude oil exports flow into the Gulf Coast region, of which 82 percent is heavy oil.[xii]

To date, the U.S. Congress has not enacted a low-carbon fuel standard. However, some states have and others may. On January 18, 2007, California Governor Arnold Schwarzenegger signed an Executive Order establishing a Low Carbon Fuel Standard (LCFS) for transportation fuels sold in California. The standard requires that by 2020, the carbon intensity of California’s passenger vehicle fuels be reduced by at least 10 percent. [xv] In late 2008, following California’s lead, representatives of the states in the Regional Greenhouse Gas Initiative (RGGI), in the northeastern United States, signed an agreement to pursue a region-wide low-carbon fuel standard.[xvi] The ten states in the RGGI are Maryland, Delaware, Connecticut, Maine, Massachusetts, New Hampshire, New Jersey, New York, Rhode Island, and Vermont.[xvii]

According to a study by the Cambridge Energy Research Associates (CERA), on a well-to-wheel basis, total greenhouse gas emissions from oil sands are only 5 to 15 percent higher than the average crude oil consumed in the United States. That comparison is based on the total life cycle that includes oil extraction, processing, distribution, and combustion of the gasoline through the tailpipe (hence, well to wheel).[xviii] According to the Environmental Protection Agency, the amount of carbon dioxide emitted from the tailpipe per mile traveled is constant—19.4 pounds of carbon dioxide per mile regardless of the origin of the oil. But the oil sands industry is not content with those statistics. The Canadian arm of Statoil, for instance, has pledged to decrease the carbon dioxide emissions from their production of Canadian oil sands by 20 percent by 2020, and 40 percent by 2025, with the help of technologies that should be on line by 2015 or 2016.[xix] 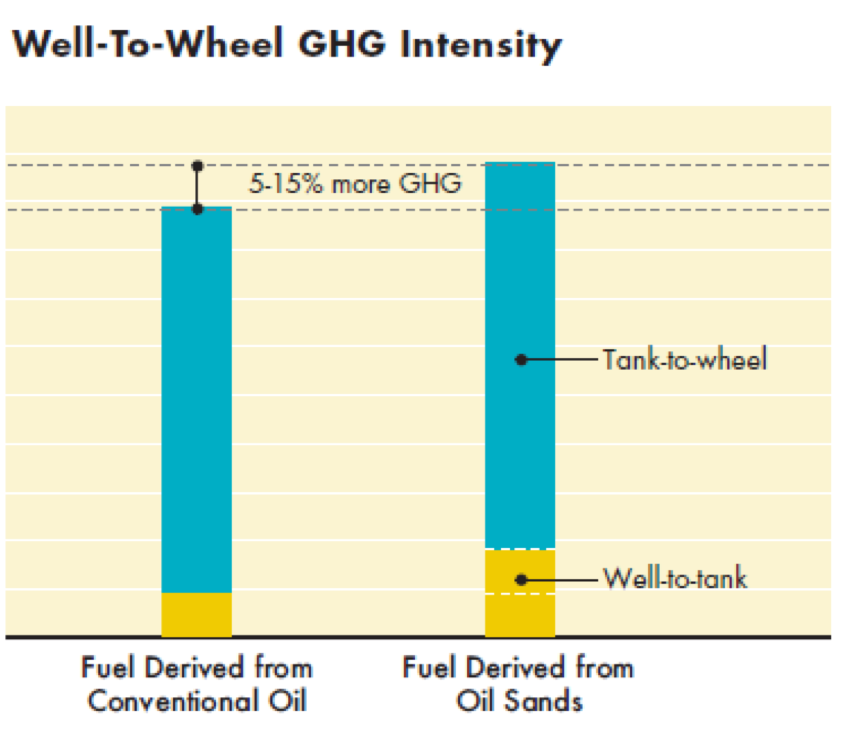 A low-carbon fuel standard will increase our reliance on imports of petroleum products from foreign countries that are less stable than Canada. Moreover, such a mandate will yield no net benefit in reducing global greenhouse gas emissions because other countries will import and use the Canadian oil sands. In fact, China has already begun to invest in Canadian oil sands. China’s Sinopec International Petroleum Exploration and Production Company agreed to buy, for $4.65 billion, the 9 percent interest that ConocoPhillips holds in Syncrude, a Canadian business involved in the production of oil sands.[xx] And more Canadian-Chinese oil sands deals are expected. With the United States, and particularly the Midwestern states, so dependent on Canadian crude, why would our government want to jeopardize this secure form of energy for a savings in U.S. greenhouse gas emissions of only 10 to 15 percent compared to conventional crude oil, especially when other countries will purchase and consume the oil, emitting the greenhouse gases that we save?