Whether it is oil production or natural gas production, output on nonfederal lands (state and private) has consistently been significantly higher than output on federal lands, despite the federal government owning much more mineral estate. One would think the opposite to be true because royalty rates on federal lands are typically less than royalty rates on state or private lands. The issue is that the federal government has implemented an immense amount of red tape so that in order to obtain the rights to drill and operate on federal lands, it takes a staggering amount of time and delay. For example, in fiscal year 2021, it took on average of 182 days to complete an application for a Permit to Drill on Federal lands. In comparison, in Texas, in 2018 and 2019, it took an average of two days to process standard drilling permits. The 180-day difference in the permitting time is the reason that Texas has higher royalty rates than the federal government—a 2-day processing time is worth much more to a company than a 182-day processing time, and certainty is important especially when energy prices are volatile and raging inflation adds to costs of labor and materials. Federal laws and bureaucracy make it far more difficult and expensive to operate on federal lands.

However, Biden’s climate/tax bill (the so-called Inflation Reduction Act) does the opposite. It increases federal royalties and fees and even imposes new fees on the oil and gas industry in both the private and public sectors. The additional fees add millions of dollars in operating costs to producing oil and natural gas in the United States, pricing out even more oil and gas production on federal lands, and putting oil prices in the control of OPEC+. The Biden Administration is intentionally increasing energy costs for American families and making it harder for oil and gas companies to produce and explore on lands owned by the American public, apparently in hopes of forcing people to use electric vehicles and force other changes on their lives. 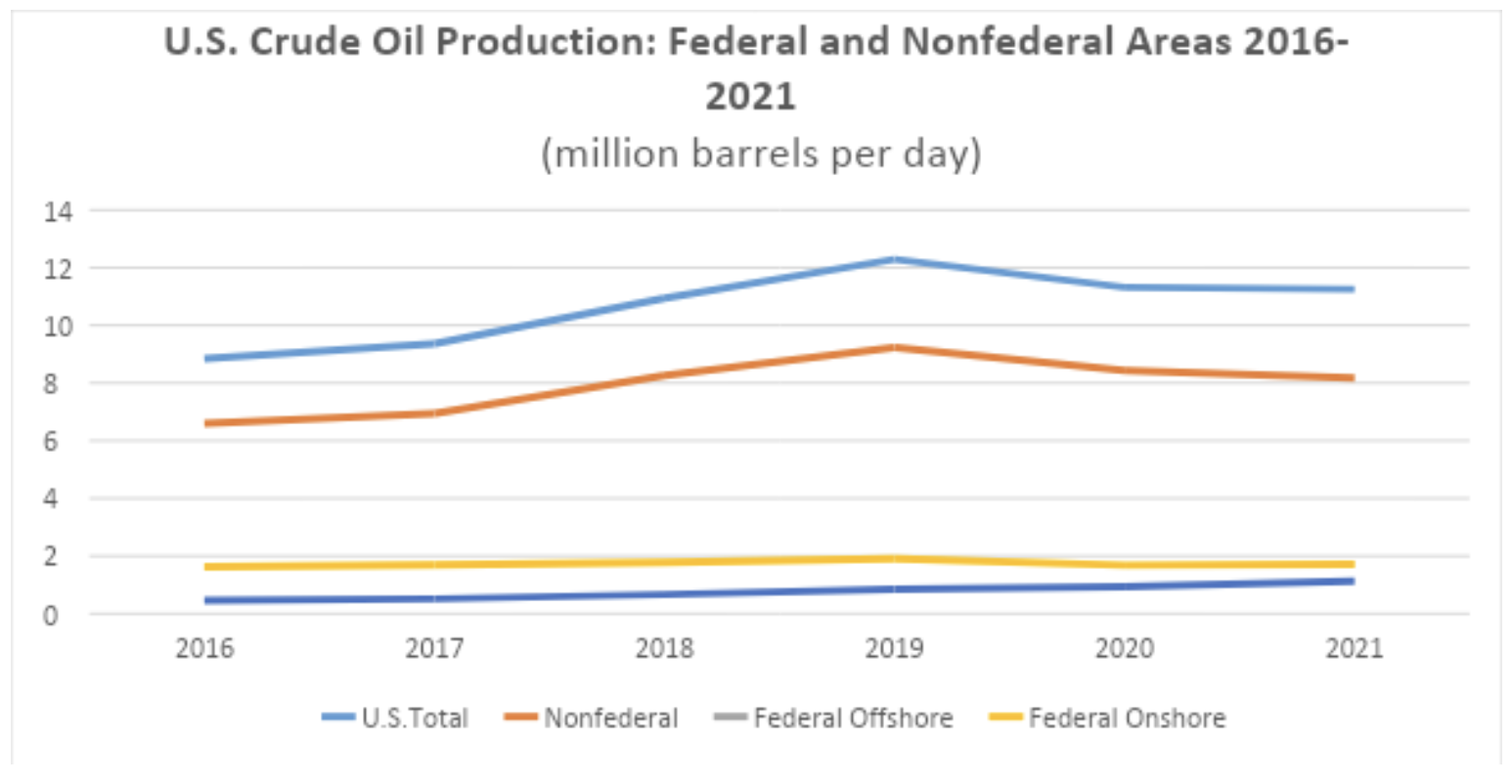 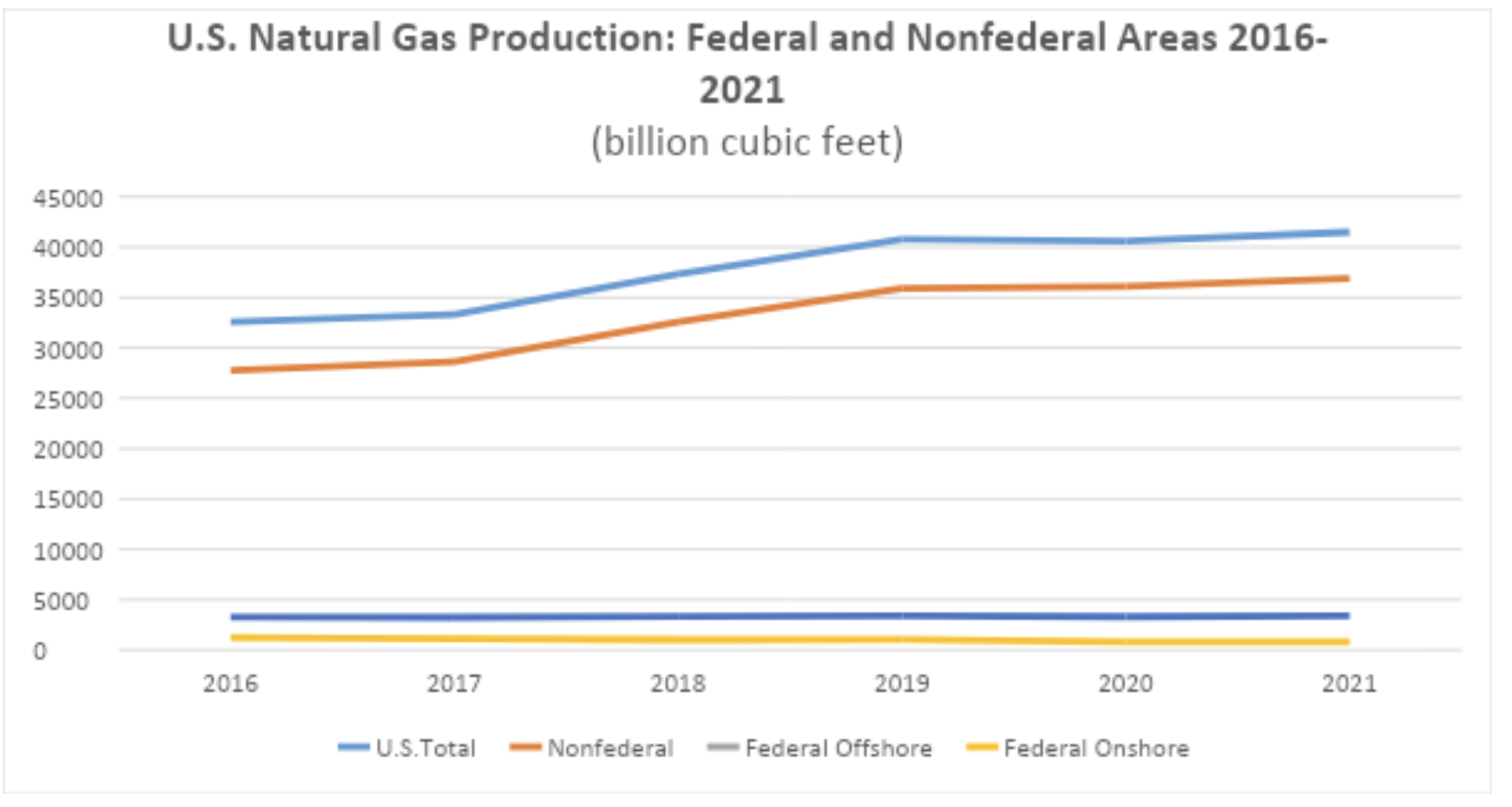 Oil and Gas Provisions in the Inflation Reduction Act

Sec. 50261 of the Inflation Reduction Act increases the royalty rate for offshore oil and gas production from 12.5 percent to between 16.67 percent and 18.5 percent—a 33 percent to 50 percent increase. For onshore oil and natural gas development on federal lands, the added costs are much more extensive. Sec. 50262 updates the Mineral Leasing Act to:

In addition to these increased costs, Sec. 52063 of the bill expands the royalties paid for both onshore and offshore production to encompass all methane produced, consumed or lost, rather than just what is produced and sold.

While the above deals with production on federal lands only, a provision in the bill impacts all U.S. oil and natural gas production and the transportation and exportation of natural gas – regardless of whether it takes place on private or federal property. Previously referred to as a “methane fee” in earlier versions of the act (i.e. the Build Back Better bill), Sec. 60113 imposes a “waste emissions charge” for facilities reporting more than 25,000 metric tons of carbon dioxide equivalent greenhouse gas emissions annually. Using EPA’s assessment, it is equivalent to about 1,000 metric tons of methane. The tax is assessed on the production and gathering of oil and natural gas, and on the transmission, storage and exporting of natural gas using an initial cost factor of $900 per ton for 2024 emissions, $1,200 per ton for 2025 and $1,500 per ton for 2026 and each year after.

According to one estimate, “This tax could increase U.S. consumer natural gas bills by 17 percent on average or more than $100 per year for an average American family. By the American Gas Association’s estimates, “the tax will increase natural gas bills at a minimum of 12 percent per American family per year.” The increase could be the difference between buying groceries and paying to heat one’s home during the winter. The above estimates were made for this past winter and prior to inflation hitting record levels in 2022. These new costs come at a time when 20 million U.S. households – 1 in 6 – are behind in paying their utility bills.

President Biden has taken a series of destructive measures to hurt the oil and gas industry in the United States by killing pipelines, shutting down oil and gas leasing (before a court order mandated Biden to allow them to resume), and increasing fees on oil and gas drilling to name just a few. These actions result in energy being harder to produce and more challenging to discover. Therefore, gasoline and home heating prices are higher than they have been in quite some time and will get even higher due to Biden’s climate/tax bill. But Biden refuses to make the connection between his disastrous policies and the rise of energy prices. Instead, he has asked the Federal Trade Commission to investigate whether or not energy companies are gouging their prices to squeeze more money out of consumers, asked OPEC to produce more energy to moderate prices, and is selling emergency oil supplies from the Strategic Petroleum Reserve through October to keep gasoline prices in check before the mid-term election.

Under the Trump administration, the United States became energy independent—a goal that U.S. governments wanted to reach for decades. The United States had become the world’s leading oil and natural gas producer, thanks to the American energy renaissance, and Americans were reaping its benefits from low gasoline prices, inexpensive natural gas for home heating, and nearly flat electricity prices. But the Biden administration’s anti-oil and gas policies are making those realities go away as it transitions the U.S. economy to a net zero carbon-based economy. The policies of the Biden Administration and the Democrat-controlled Congress have increased energy prices and will continue to do so as more and more of these negative policies are implemented, particularly those contained in the recently passed Inflation Reduction Act.