Oil price keep climbing, and sadly the administration keeps denying Americans access to our domestic energy resources. Shell Oil Company has been trying to develop the estimated 27 billion barrels of oil in the Artic, but has been unsuccessful because 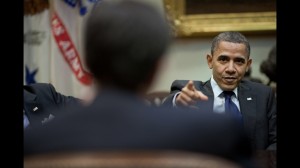 Given the nature of the Arctic, there is a small window of opportunity to work and it closed back in February. Now that gas prices average $3.88 a gallon, Americans are starting to wonder why the Obama Administration is actively shutting down domestic oil production.

Our response: it’s all part of the plan.

The Obama Administration has been unusually candid about their desire to increase the cost of energy. In fact, President Obama argued that under his plan, energy prices would necessarily skyrocket, but his cabinet members have been equally frank in the energy debate.

It’s time to end the war on affordable and reliable energy by giving American companies and workers the permits necessary to get back to work. Mr. President, let’s power our economic recovery with American energy.