North Dakota is witnessing a massive oil boom that is bringing the state prosperity at a time when the rest of the country is still struggling economically. The Bakken Formation, underlying much of western North Dakota, is full of shale oil that can be extracted through hydraulic fracturing and horizontal drilling. While some areas of the country have similar prospects for oil, they are facing government intervention, which is preventing them from producing this oil.

For example, California has greater proved oil reserves than North Dakota, but they choose instead to focus on more expensive and less efficient renewable energy sources, while stunting the growth of their oil production. The sheer amount of oil being produced in North Dakota is staggering on its own, but the downstream benefits derived from this increase in production, including low unemployment, are truly helping the citizens of North Dakota. This oil boom should be looked at as a model for other energy rich areas around the nation, and IER has produced the following fact sheet that explains why. Click below to access the Bakken Formation Fact Sheet: 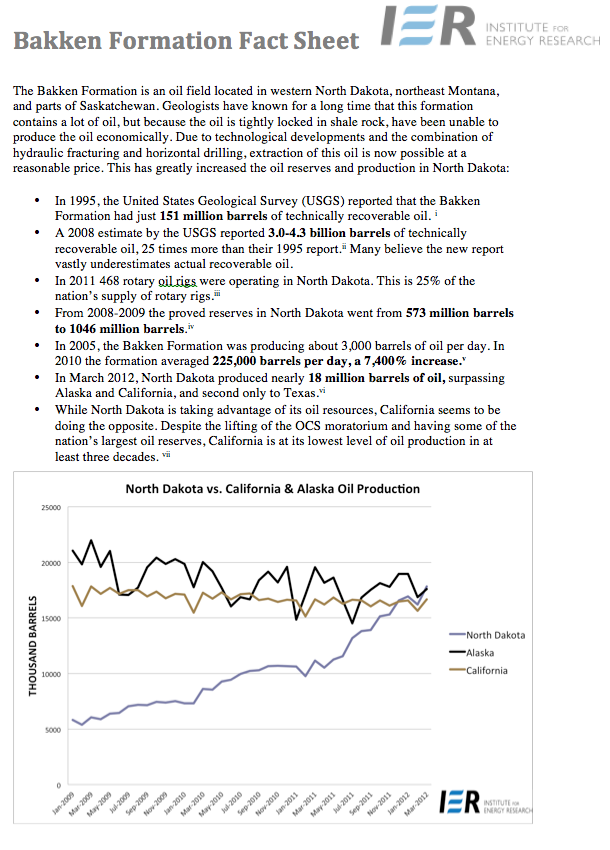