The White House recently boasted that draining the Strategic Petroleum Reserve (and SPRs from other countries) saved Americans about 40 cents a gallon at the pump. The White House argued:

A new analysis from the Department of the Treasury estimates that these releases, along with coordinated releases from international partners, have reduced gasoline prices by up to about 40 cents per gallon compared to what they would have been absent these drawdowns.

This is significant for two reasons.  First, it’s an admission from the White House that increasing the domestic supply of oil decreases the cost at the pump.  More oil, lower prices.  It’s not rocket science. Second, it gives us a White House-approved framework to estimate the value in lower gasoline prices of the increase in domestic oil production with the horizontal drilling/hydraulic fracturing revolution over the last decade; the one the Biden Administration has been opposing since his first day in office.

How much did this increase in domestic production lead to lower prices at the pump? Last week the White House argued that the SPR release has resulted in lower gasoline prices, citing a quick study from the Department of the Treasury.  The Treasury estimates that 1 million barrels a day of increased oil on the market leads to gasoline prices that are 13 cents to 31 cents lower a gallon (and the White House used the 31 cents in their estimate of 40 cents savings from the SPR release).

The following chart shows that, using the White House’s math, Americans have saved over $2 trillion at the pump since 2008 because of increased domestic oil production.  That means the average family of four has saved over $24,000 because of increased production, just since 2008.  The only question is why the Biden Administration…knowing this…has gone to war with our own domestic energy producers, even though they’re willing to use more oil stored away for emergencies. 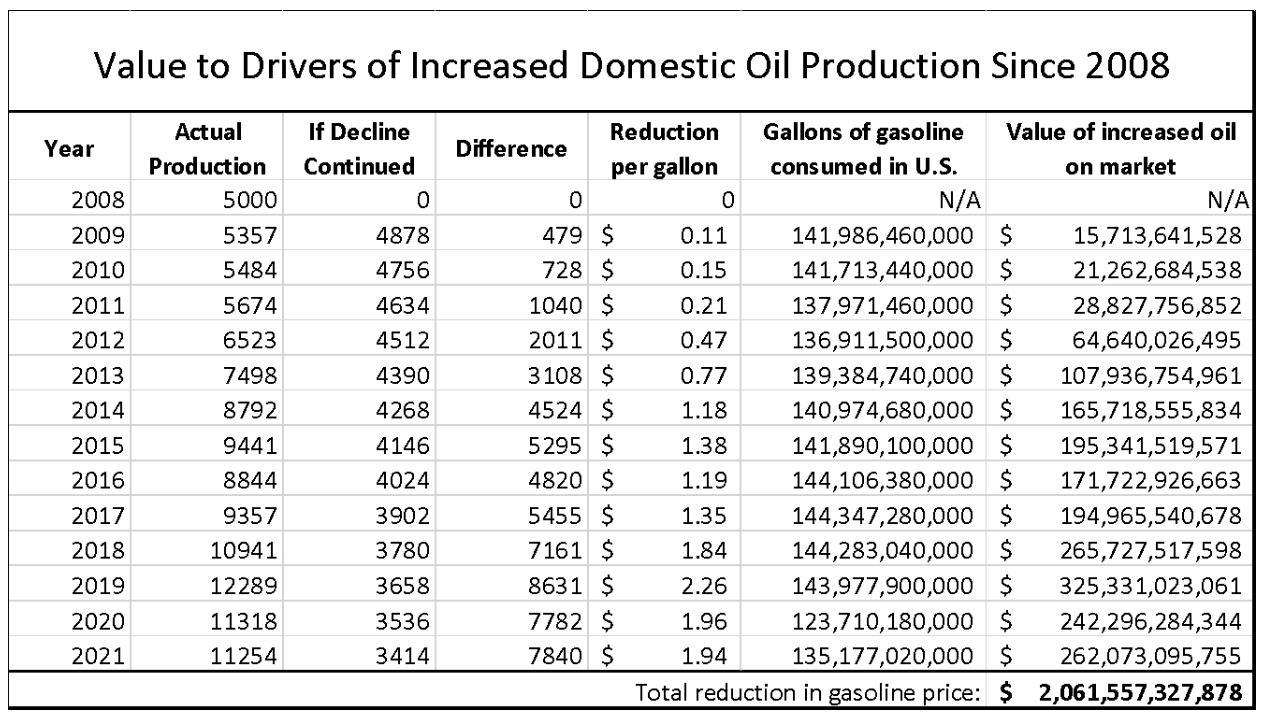 The only question remaining is why, then, is the Biden Administration doing everything in its power to stop more oil and gas production in the U.S.A.?

Manchin/Schumer Bill Does Not Reduce Inflation and Hurts Coal States