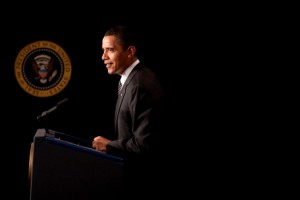 It’s easy to see why the economy has faltered over the past two years. The Obama administration appears to be allergic to the production of affordable domestic energy and the good paying American jobs that go along with it.

Yesterday, Interior Secretary Ken Salazar announced the government was continuing the ban on offshore energy. That should come as no surprise, given this administration’s poor record on promoting affordable domestic energy.

In addition, the President’s deficit commission is proposing to double the gas tax to generate revenues. Granted it is unlikely the new Congress will approve such a radical tax increase, this is still cause for concern and we will be monitoring it.

These decisions have but one inevitable outcome:  higher energy prices.

The economics of energy are simple: the more energy costs us, the less work we can do.  Every drop of oil we put off-limits here we have to get from foreign countries, some with unstable regimes. The more energy we buy from abroad, the fewer jobs we create here in America.

We are collecting your comments and delivering them to the White House and the new leaders on Capitol Hill.  Tell us what you think about policies that restrict our energy supplies by leaving a comment below.

Global Carbon Dioxide Emissions Drop in 2009 Without Binding Commitments, Despite Large Increases in China and India

Do We Need a Bigger Gas Tax?