Last week, Energy Secretary Jennifer Granholm erroneously claimed that “OPEC controls more than 50 percent of petroleum supply.” This week she was back on TV with new inaccurate claims. For example, on State of the Union on CNN, she erroneously claimed, “OPEC is a cartel, and it controls over 50 percent of the supply of gasoline.” She also stated that “OPEC is controlling the agenda with respect to oil prices.” While the United States it the world’s largest oil producer and contributed the vast majority of new oil on the market over the past decade, she does not mention anything about U.S. oil production.

Maybe She is Talking about Refining?

We thought that maybe Secretary Granholm changed her claim slightly from last week because she realized it was wrong. But is claiming that OPEC controls over 50 percent of the gasoline supply any more correct? Nope.

Gasoline is a refined product. Data from the International Energy Agency shows that of the top ten countries by refining capacity, only Saudi Arabia and Iran are members of OPEC and they account for a mere 5.1 percent of global refining capacity—a far cry from “over 50 percent.” 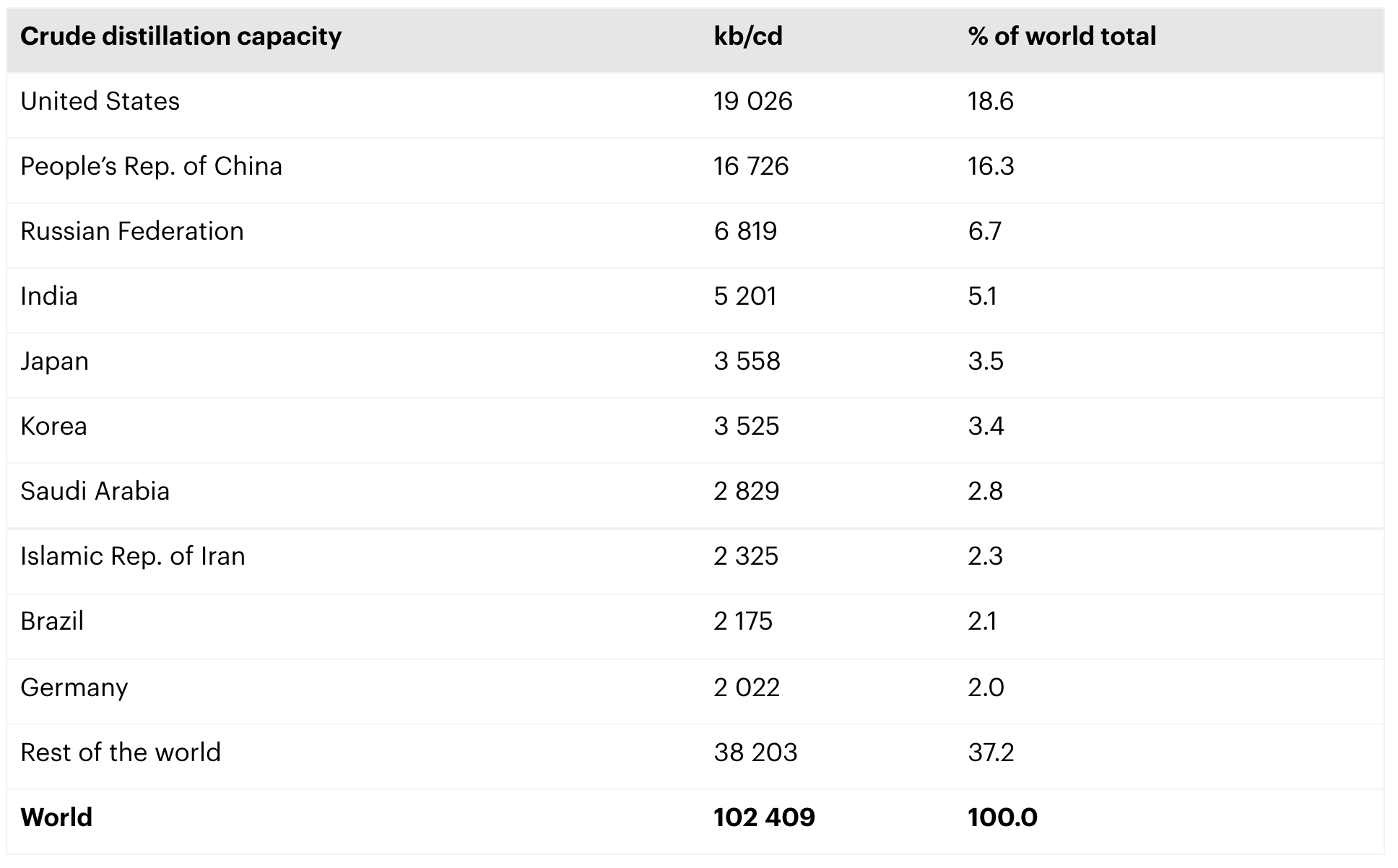 Maybe She is Referring to other Definitions of Oil Supply?

Last week we showed that data from the U.S. Energy Information Administration, which Secretary Granholm oversees, shows that in Q2 of 2021, OPEC only produced 32.5 percent of the world’s total supply of petroleum and other liquids (30779.18 Mb/d out of 94764.01 Mb/d).

There are different ways to define oil production. In the example last week example, we used EIA’s “total supply of petroleum and other liquids.” Maybe Secretary Granholm is referring to a different definition of oil supply—maybe a more European definition. Let’s see what the BP uses in their well-regarded Statistical Review of World Energy 2021. On page 18 of the BP’s Statistical Review of World Energy 2021, it shows OPEC production is a mere 34.7 percent of world oil production.

Again, 34.7 percent if significantly less than “over 50 percent.” It is unacceptable for the person who oversees the world’s premier energy statistical agency to continually get these basic statistics wrong.

If Secretary Granholm continues to make this basic mistake, we will be forced to conclude that she is not making the mistake out of ignorance, as we assumed last week, but that she is being intentionally dishonest with the American people.

She Fails to Mention Anything about U.S. Oil Production

In her interview on CNN, Secretary Granholm also states that “OPEC is controlling the agenda with respect to oil prices.” This a bizarre statement for the U.S. Secretary of Energy to make when the United States is the world’s largest oil producer. According to BP’s Statistical Review of World Energy 2021, the United States produced 18.6 percent of the world’s oil in 2020, compared to OPEC producing 34.7 percent of the world’s oil.

Not only that, over the past 10 years, the United States, not OPEC, has “controlled the agenda” with respect to oil prices with the United States being the biggest player in supplying the market with more oil.

OPEC, on the other hand, only contributed 1,149,000 barrels a day to the global increase in oil production. That is a mere 12 percent of the U.S.’s increase over the last decade.

Oil is a Global Market—but the U.S. has been the Most Important Player

Secretary Granholm is certainly correct that the oil market is a global market and OPEC plays a large role. However, OPEC contributes about a third of the global production and not a half. Not only that, the United States has played the most important role of supplying new oil to the market over the last decade.

But instead of further trying to increase domestic oil production, President Biden is working to increase the cost of oil by canceling leases, stalling new lease sales, and proposing sky-high new taxes on oil and gas production. No wonder global oil prices have increased.

Biden Is Playing Double Jeopardy with the Oil and Gas Industry