Last week, the Senate held a confirmation hearing on Rep. Zinke’s nomination to be the next Secretary of the Interior. One of President Trump’s biggest energy-related campaign promises was to open up onshore and offshore oil and gas leasing. For Rep. Zinke, it will be a real challenge to get oil and gas leasing back to where it was during the Clinton or Bush administrations.

The following chart shows the average of the total number of acres leased during the year by presidential term. The Bureau of Land Management has not released the FY 2016 data yet, so the most recent data is FY 2015. In FY 2015, the Obama administration leased a mere 810,068 acres and all indications are that FY 2016 is going to be even worse. 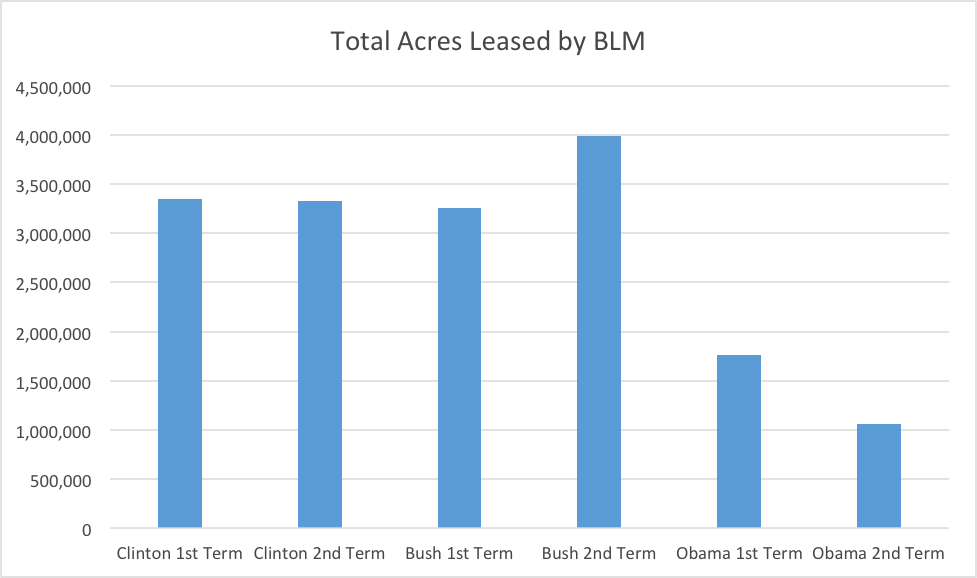 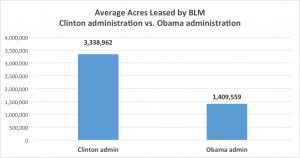 We also see the antagonism to oil and gas leasing on federal lands during the Obama administration if we look at the new leases issued during the year. Here is the last ten years’ worth of leasing data. 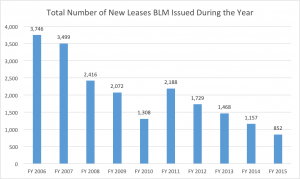 As bad as FY 2015 was, it’s rumored that the FY 2016 numbers are even worse and that’s why the administration has not released the numbers yet.

Withdrawing vs. Allowing Multiple Use

Instead of allowing for multiple uses of federal lands, as required by law, the Obama administration vigorously worked to take lands and waters off the table. The following chart shows the numbers of acres the administration withdrew from multiple use compared to acres in production. 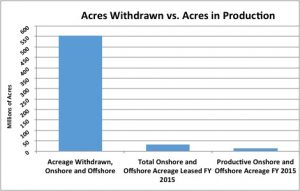 U.S. Oil and gas production is booming—but not on federal lands

The chart below shows the percent change in oil and gas production on federal vs. private and state lands since 2010. Private production is booming, but federal production is struggling. 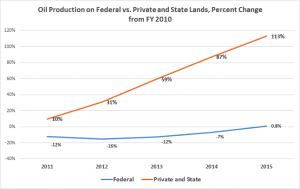 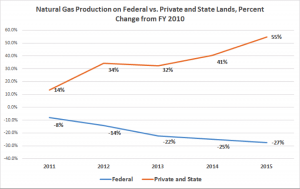 Rep. Zinke has his work cut out for him to reverse these troubling trends. The law requires federal lands to be managed for multiple uses including energy production, not just to be designated as national monuments. We wish Rep. Zinke luck on making good on President Trump’s promises to lease more areas for oil and gas production.

Environmentalists Target yet another Oil Pipeline