The U.S. achievement is not due to the Obama administration policies that will end up costing Americans plenty in the future. In reality, it’s thanks to the development of hydraulic fracturing, and its use in producing natural gas from shale formations, such as the Marcellus in Pennsylvania. Unfortunately, both Democratic candidates (Hillary Clinton and Bernie Sanders) are against hydraulic fracturing, despite the carbon dioxide reductions it has produced. 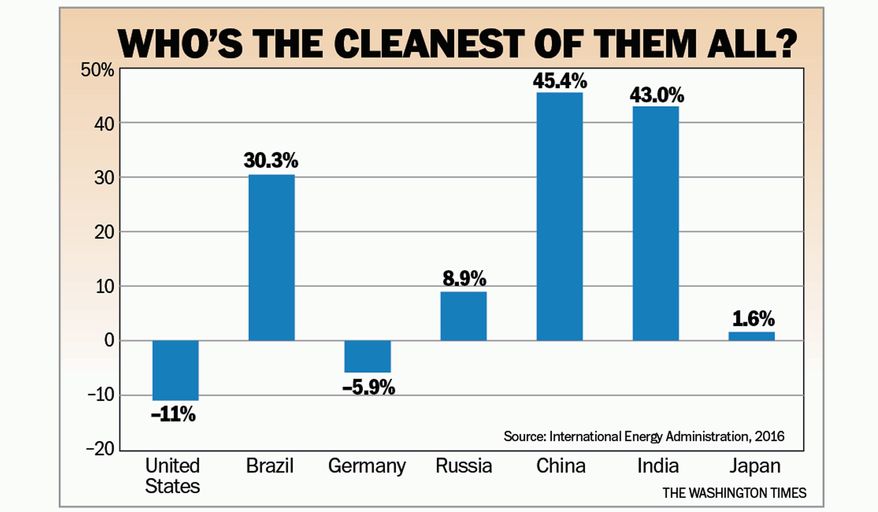 The European Union has formulated policies against the use of hydraulic fracturing, has provided substantial support for the development of intermittent wind and solar technologies and biofuels, and has incorporated carbon reduction programs to reduce carbon dioxide emissions. As a result, the average European pays 26.9 cents per kilowatt-hour for electricity—more than 2.5 times the average cost to a U.S. consumer. Denmark, which generates almost 40 percent of its generation from wind[iii], and Germany, which generates almost 33 percent from renewable energy[iv], have the highest electricity bills in Europe, paying about 39 cents per kilowatt-hour because of their support for “green energy.” These policies have not provided them with the environmental benefits they expected. As a result, these countries are now backing away from green energy. Denmark, for example, is reducing its spending on research for “green energy” by 67 percent.[v]

Great Britain has also reduced its subsidies for solar power, and is considering an end to its carbon tax, because industry is now threatening to leave the country due to escalating energy costs. The country is cutting subsidies and other market manipulations in order to protect consumers and industry from expensive energy bills, which were about 54 percent higher than U.S. energy bills in 2014. Its energy taxes cost residents about $6.6 billion each year. The subsidies and taxes are responsible for the expensive power, causing British industry and consumer groups to leave the country or lobby for relief. For example, a major British steel company indicated it was leaving the country due to expensive energy and carbon taxation, removing 40,000 jobs from the UK.[vi] 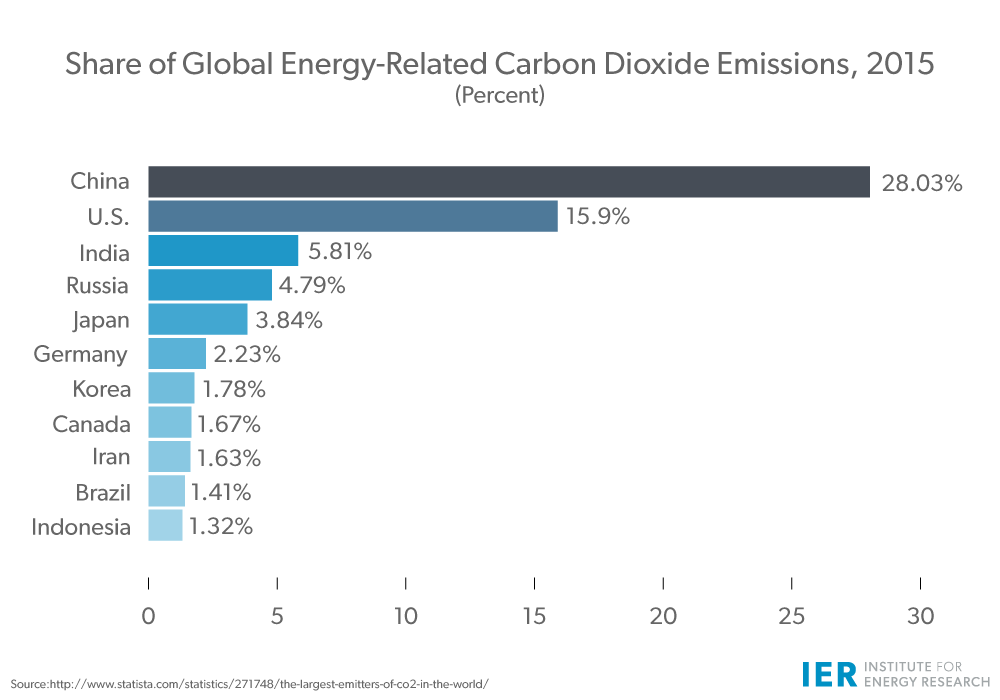 Despite the large reduction in carbon dioxide emissions in the United States due to the greater use of natural gas, the Environmental Protection Agency (EPA) has proposed regulations to lower methane (another greenhouse gas) emissions from oil and gas production that it plans to finalize this spring. Last August, the EPA issued regulations targeting the oil and gas sector that would require the oil and gas industry to:[ix]

According to Energy In Depth, lowering these emissions would only lower the global temperature by 0.0047 degrees Celsius by the year 2100, thus having essentially no impact on global temperatures, but increasing the cost of natural gas to consumers.[x] 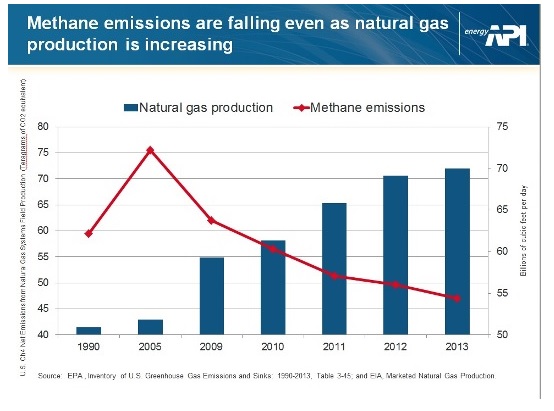 Clearly, EPA is regulation-happy — finding ways to regulate that will make Americans pay more for energy despite the major strides achieved in reducing both carbon dioxide and methane emissions in the United States. And while Americans will pay dearly in the future for energy, China and India will grow their economies and provide their citizens with reliable, cost effective power.

[vii] Statistica, The largest producers of CO2 emissions worldwide in 2015, based on their share of global CO2 emissions, http://www.statista.com/statistics/271748/the-largest-emitters-of-co2-in-the-world/