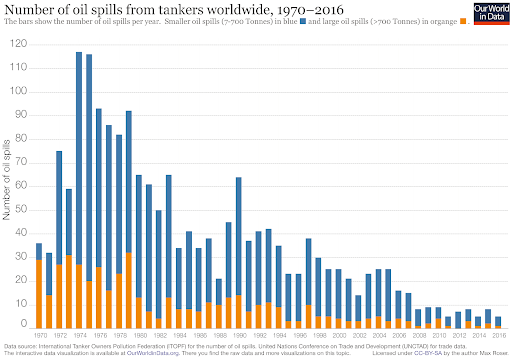 This decrease in the number of oil spills has translated into a decrease in the total amount of oil spilled as well. ITOF has estimated that between 170 and 2016 about 5.73 million tonnes of oil were lost because of tanker incidents. In 2012, that number was down to 1000 tonnes. Because a single major incident can be responsible for a large share of the total oil spilled each year, it’s worth looking at the year-over-year trend in the quantity of oil spilled from tankers worldwide. 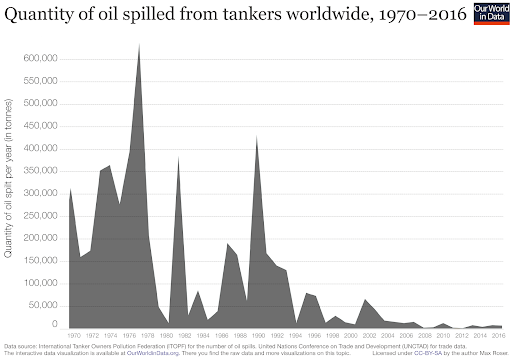 As you can see, over the past several decades there has been a huge decrease in the amount of oil spilled from tankers worldwide. What makes these numbers even more remarkable is that this decreasing trend of oil spills has come as worldwide oil production has nearly doubled and seaborne oil trade has grown immensely. 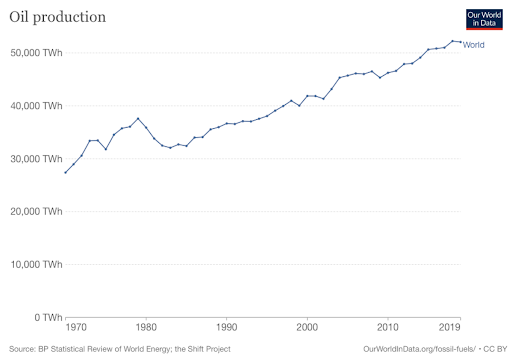 Since oil spills are often used to justify costly restrictions on the development of fossil fuels, this data should remind us that when it comes to environmental problems it is important to look at the long-term trends not just the news of the day.

The Plugged In Podcast #82: Mary J. Hutzler on Geopolitical Implications of Taliban Control of Critical Minerals