The Rest of the Story Part 4: Kreutzer Discusses Impact of Carbon Tax

Over the summer, the Institute for Energy Research (IER) hosted a conference entitled, “A U.S. Carbon Tax: The Rest of the Story.” We picked experts from both academia and policy analysis to demonstrate that the American public has been getting a very biased perspective on the case for a carbon tax. Even if we accept at face value the official position of the U.N.’s Intergovernmental Panel on Climate Change (IPCC) on the natural physical science of greenhouse gas emissions and climate change, the economic science doesn’t automatically point to a U.S. carbon tax the way its proponents would have us believe.

I have already posted about my own presentation on the panel (concerning some surprising facts about the “social cost of carbon”), the talk given by Dr. Ross McKitrick on the alleged “double dividend” of carbon taxes, and the presentation by Dr. Kenneth Green on why he changed his mind about carbon taxes. In this final post, I’ll cover the remarks from Dr. David Kreutzer of the Heritage Foundation.

Kreutzer was the final speaker on our panel, and as so often happens he kept his talk brief in order to leave time for Q&A with the audience. But when you watch the video below, you’ll see that he provided a powerful conclusion to our formal remarks. By summarizing the quantitative estimates he and his colleagues developed, Kreutzer have a sense of how harmful a carbon tax would be to a typical American family. He also gave some frank remarks about the nature of Washington politics when it comes to “tax reform.”

Below is the video for Kreutzer’s presentation, or the YouTube link is here. Underneath the video I highlight key moments from his talk.

Here is a chart from the report showing the effect on employment of a carbon tax: 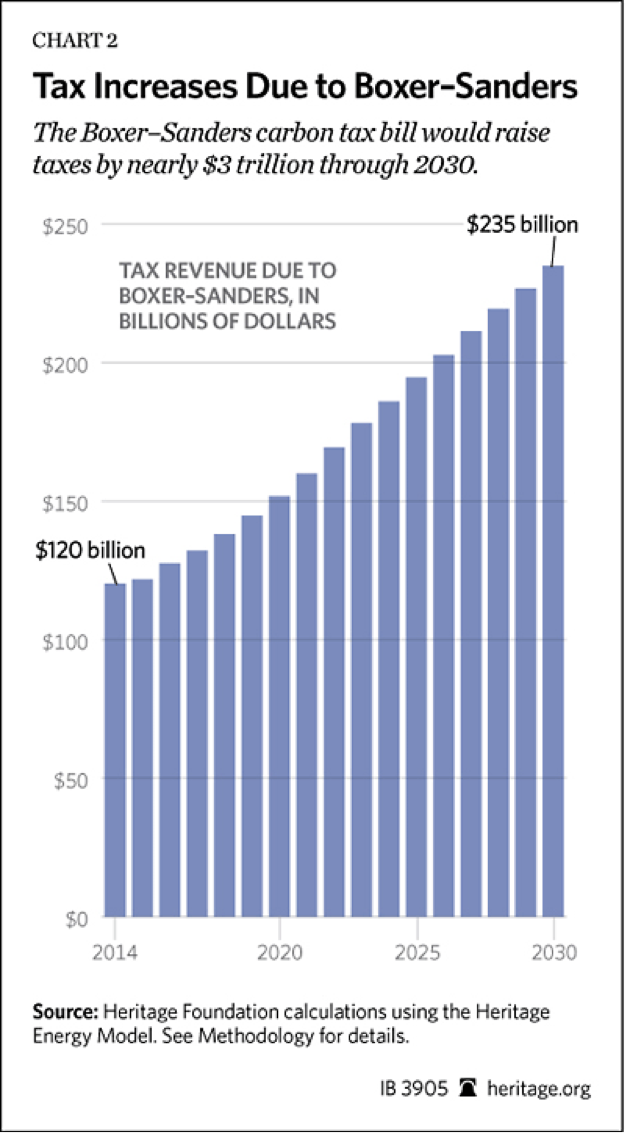 David Kreutzer provided a straight-talk conclusion to the Institute for Energy Research’s carbon tax conference. Our panelists showed quite decisively that in both theory and practice, a new carbon tax will not be “good for the economy” as many people allege. In practice, any politically feasible carbon tax deal will make the tax code more distortionary (in terms of conventional economic growth), will raise energy prices, and will slow the labor market’s recovery.

Is the Administration trying to regulate Hydraulic Fracturing through OSHA?