Apple boasts, “as part of its commitment to combat climate change and create a healthier environment, Apple today announced its global facilities are powered with 100 percent clean energy.” Google says, “we’re striving to power our company with 100% renewable energy.” A previous BMW commercial introduced “the all-electric BMW i3, built in a wind-powered factory….” The list of companies that claim to be “using green power to meet 100 percent of their U.S. organization-wide electricity use” include Intel, Microsoft, and Kohl’s Department Stores (the three top companies on the list in order of power consumption). 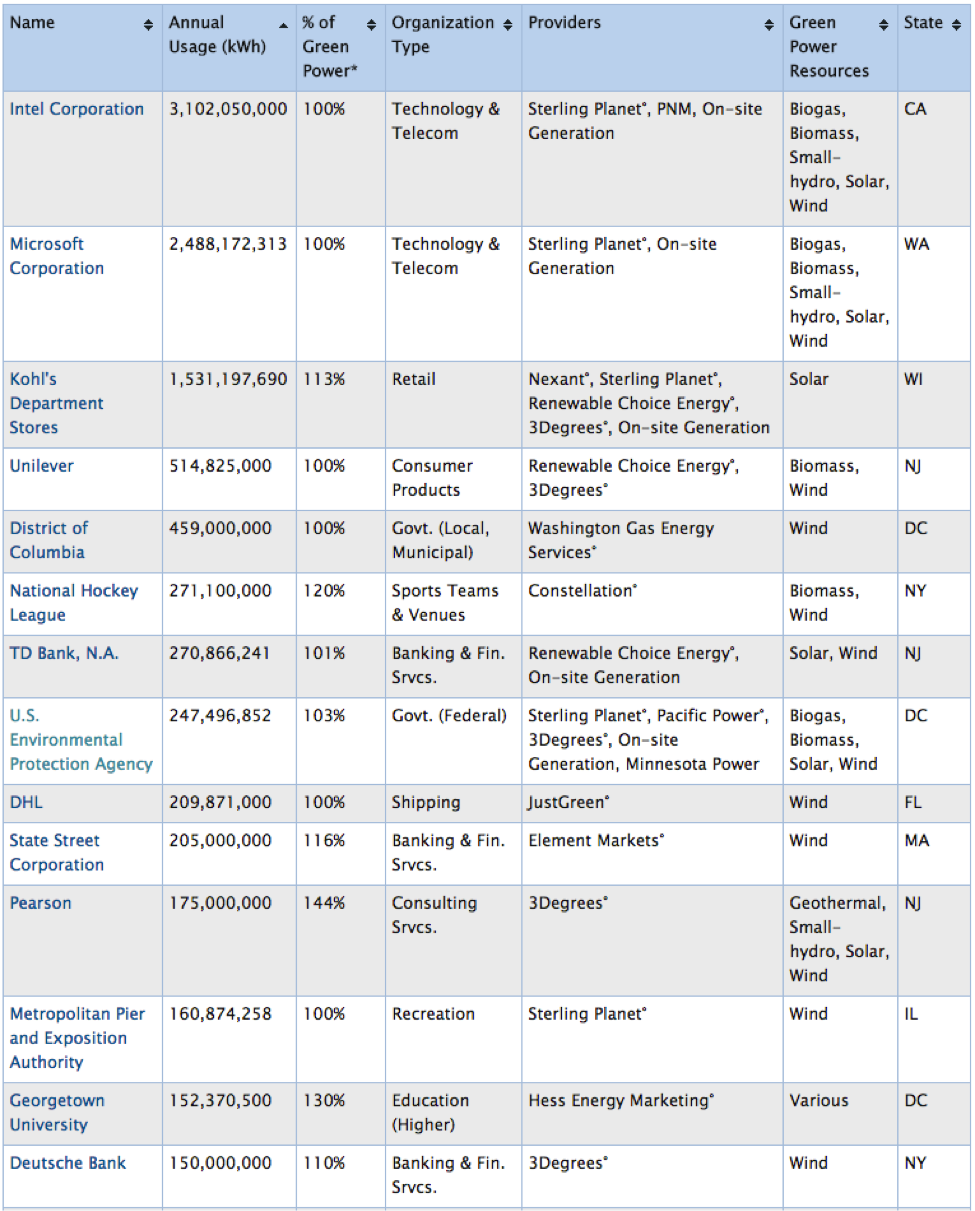 Apple, Google, the Super Bowl, the EPA, and the other members of the “100 percent renewable” club are, in reality, not powered exclusively by renewables. Rather, they are connected to the power grid, which is nowhere near 100 percent renewable. In fact, it’s 83 percent powered by coal, natural gas, and nuclear power. And there’s good reason for that—these technologies offer low-cost, reliable power when and where it is needed. By contrast, wind and solar power combined to produce between only 17 percent of the electricity in the U.S., and their supply is intermittent and often too far away from population centers to be economic.

The same question applies to the idea of going “100 percent renewable.” Those who claim to be powered 100 percent by renewable sources of electricity are hoping people don’t know how the grid works. In some cases, they buy a certain amount of power from a wind or solar installation (on paper, not necessarily in the physical sense), use a certain amount of power from the grid (not necessarily at the same time as the wind or solar production), and if those amounts are the same, voila! 100 percent renewable. But this is nothing more than an accounting gimmick. When Apple claims it is “this achievement includes retail stores, offices, data centers and co-located facilities in 43 countries — including the United States, the United Kingdom, China and India,” it certainly does not mean those stores are off the grid. As mentioned, their claim also extends to its data centers. Apple claims:

Actions by IBM illustrate the disconnect between renewable energy credits and renewable energy use. The company pledged to get 20 percent of its electricity from renewables by 2020. In a statement, IBM noted it would not be purchasing credits in lieu of actually buying renewables: “We intend to match our purchased renewable electricity directly to our operations as opposed to purchasing renewable energy certificates as offsets, making a clear connection between our purchases and our consumption.” Time will tell. Either way, IBM will still have to contend with the scientific fact that once electricity hits the grid, there is no way of distinguishing between electrons from renewable sources and those from conventional sources.

Google says it wants to run on 100 percent renewable energy, but it took just four short years for Google to abandon its own flagship renewables program. Two members of Google’s “RE<C” team (RE<C stands for Renewable Energy less than Coal, in price) published their thoughts on the program, which struggled from 2007 to 2011 to find an economic way to produce renewable energy. The researchers concluded that current renewable technologies like wind and solar “simply won’t work”:

The problems with renewables extend far beyond price. Matt Ridley explains the major technological pitfalls of renewable energy in a piece for The Wall Street Journal:

*** This blog post was updated and replicated from a previous IER blog from 2015.

Petroteq Believes Its Technology Is the Key to Utah Oil Sands