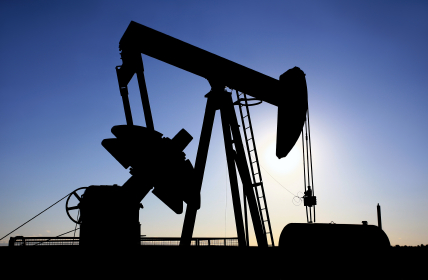 Senator Barack Obama won the presidency last week, but voters, even in states where he handily won, voted down the very plans he favors with respect to energy policy.  President-elect Obama says he will require electric utilities to produce more electricity from renewable sources, wants to provide massive subsidies for alternative fuel vehicles, and will increase taxes on investor-owned oil companies.  But the President-elect didn’t have any energy coattails.  Ballot propositions supporting these plans failed on Election Day.

In California, President-elect Obama defeated Senator John McCain by a comfortable margin of 61 percent to 37 percent. But that did not help the “green” ballot propositions to pass.

California’s Proposition 7 would have required power companies to produce 20 percent of their electricity from renewable sources by 2010, 40 percent by 2020, and 50 percent by 2025.  Despite the Golden State’s impeccable “green” credentials, its citizens nonetheless decided that an economic downturn is no time to increase regulations on power companies and drive up energy prices for consumers.  Proposition 7 was handily defeated, garnering a mere 35 percent of the vote.

California’s Proposition 10, the California Alternative Fuels Initiative, was supported by businessman T. Boone Pickens and benefited from the favorable media attention Mr. Pickens has garnered. Prop. 10 would have used taxpayer money to fund research in renewable technologies such as solar, and given grants to cities and colleges for renewable energy projects. The Proposition also would have used tax incentives to favor consumer purchases of high fuel economy or alternative fuel vehicles, including natural gas vehicles.  Prop. 10 failed with 40 percent of the vote.

San Francisco’s Proposition H would have authorized a municipal take-over of the electrical business in the city. Prop. H also required that 51 percent of the city’s electricity be produced from renewable sources by 2017, 75 percent by 2030, and 100 percent (or all that is “technologically feasible”) by 2040.  Opponents ran a successful campaign to defeat the measure, focusing their efforts on the “blank check” granted by Prop. H, referring to its provision allowing the Board of Supervisors to issue bonds in order to meet the ambitious renewable targets.  Even San Francisco, the home of House Speaker Nancy Pelosi, did not trust the city to run the electric grid and Prop. H was voted down, receiving only 41 percent of the vote.

In Colorado, the President-elect defeated Senator McCain 53 percent to 45 percent, but a ballot measure that increased taxes on energy companies was defeated by a wider margin.

In these challenging economic times, it is important for our energy policy to focus on increased access to our proven energy resources and less taxes. With more access and low prices, all of America is better off.

Earnings Week: “There They Go Again”