The International Energy Agency (IEA) recently released its Medium-Term Renewable Energy Market Report 2016 finding that renewable energy, particularly solar and wind, will be the fastest-growing source of electricity generating capacity over the next five years because of supportive government policies and expected cost reductions.[i] According to the IEA, renewables accounted for more than half of the world’s additional electricity capacity last year. But, what IEA fails to tell you is that renewable energy produces less electricity per unit of capacity than other forms of electricity generation such as coal, natural gas, or nuclear power. Thus, while government policies are supporting its growth in capacity, other forms of generation are contributing far greater to powering the global electricity grid.

In 2015, renewable energy including hydroelectric power contributed 23 percent to total global generation, nuclear power contributed 11 percent and the remaining 66 percent was supplied by fossil fuels–mainly coal and natural gas. In fact, according to the BP Statistical Review, wind and solar together contributed a mere 4.5 percent of global electricity in that year. (See chart below.)

The latest edition of the IEA’s Renewable Market Report has upped the expected growth rate of renewable energy by 13 percent more between 2015 and 2021 than it did in last year’s forecast, due primarily to stronger government policies in the United States, China, India and Mexico. Further, the agency expects costs to drop by 25 percent for solar PV and 15 percent for onshore wind to get the increased capacity.[ii]

IEA expects renewable energy, including hydroelectric power, to remain the fast growing source of electricity generation over the next five years with their share growing to 28 percent in 2021 from 23 percent in 2015—an increase of almost 37 percent in generation. By 2021, IEA expects generation from renewables to exceed 7600 terawatt hours, which is almost equivalent to the total electricity generation of the United States and the European Union in 2015 according to the BP Statistical Review. (See IEA’s infographic below.) 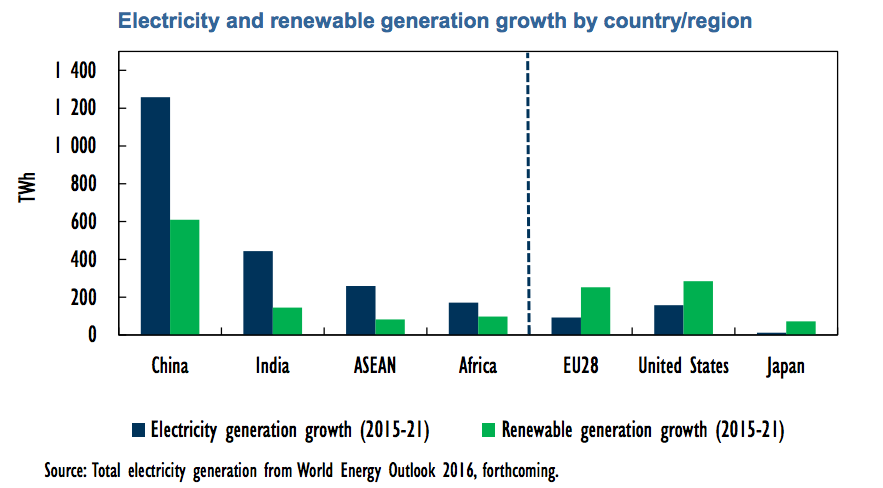 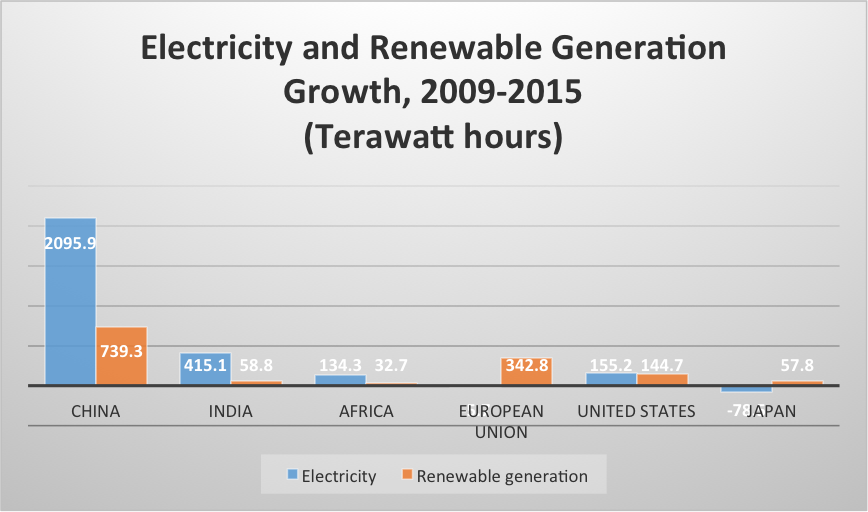 In addition, according to the EIA, even with the lucrative subsidies that the United States government provides for solar power, it is still not cost competitive with natural gas plants entering service in 2022.[v] 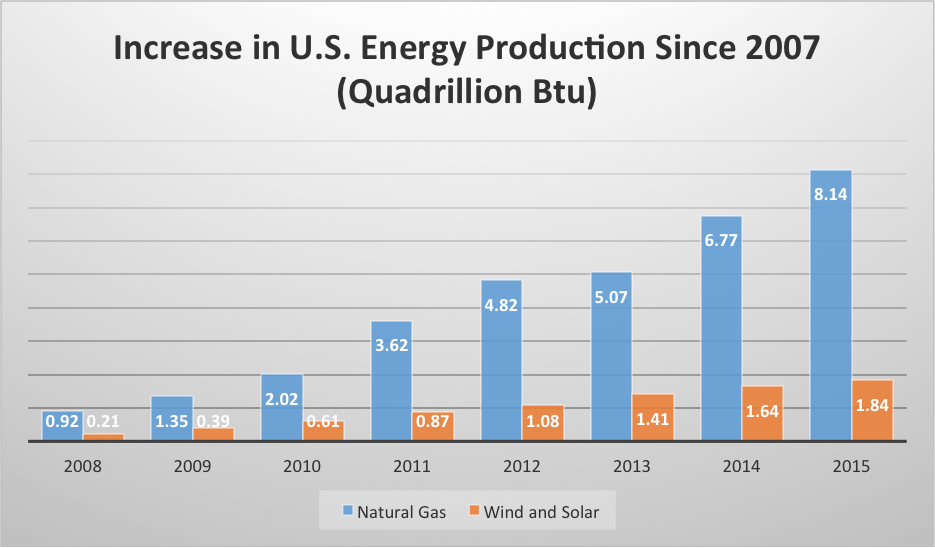