S&P Global reported last week that the IER and ACCCE study on the levelized costs of electricity from existing generation resources by Tom Stacy and George Taylor contradicts a study by “Energy Innovation and Vibrant Clean Energy.” Posted on the Energy Innovation: Policy and Technology website is their study entitled The Coal Cost Crossover: Economic Viability of Existing Coal Compared to New Local Wind and Solar Resources. That study concluded that about 74 percent of the existing coal fleet could be replaced by wind and solar resources and result in immediate savings for customers. However, the report’s authors acknowledged that the study did not consider lost capital, retirement costs, or an analysis of reliability.

The IER and ACCCE study puts wind and solar plants that operate each about a third of the day on a comparable basis with dispatchable technologies such as coal, natural gas, and nuclear by considering imposed costs and adding those costs to the levelized cost of wind and solar. By including the costs imposed on the system, those generators can be compared more directly with dispatchable resources. As such, imposed costs are the costs of keeping dispatchable plants available when wind or solar generation fall off to maintain electric grid reliability.

Consider if you drove for a living but the car the government made you drive only worked one third of the time you needed it. You would have to buy another car or rent one, and you would have to absorb those costs. Such is the way of renewables, which, in most cases, are non-dispatchable.

Further, if there are either stranded costs due to retiring coal plants or additional costs to retire them, then those costs should also be included in the levelized cost of new wind and solar plants for a complete comparison since those costs are forced on rate payers by the public service commission in regulated markets—costs that would not be borne if the coal plants are allowed to operate as originally designed.

Thus, imposed costs are an UNAVOIDABLE cost of generating electricity with wind and solar power and studies that do not include them are misleading. Demonstrating that fact is the purpose of the IER/ACCCE study by Stacy and Taylor. As that study indicates, the levelized cost of wind and solar power cannot be compared with the levelized cost of dispatchable resources unless they are put on a comparable basis.

Another way of addressing the report’s purpose is: Having a roof that only keeps the rain off one-third of the time carries additional costs for the homeowner. It is only appropriate that those costs be assessed and that is what the Stacy/Taylor report did.

Further, the IER/ACCCE study found that, on average, new wind and solar plants are about 65 percent more expensive than existing coal-fired power plants, operating at historical capacity factors and today’s coal prices, even without imposed costs added to the levelized cost of wind and solar power. The average levelized cost of the existing coal-fired fleet was calculated from FERC Form 1 data.

The table below summarizes the IER/ACCCE study’s findings. 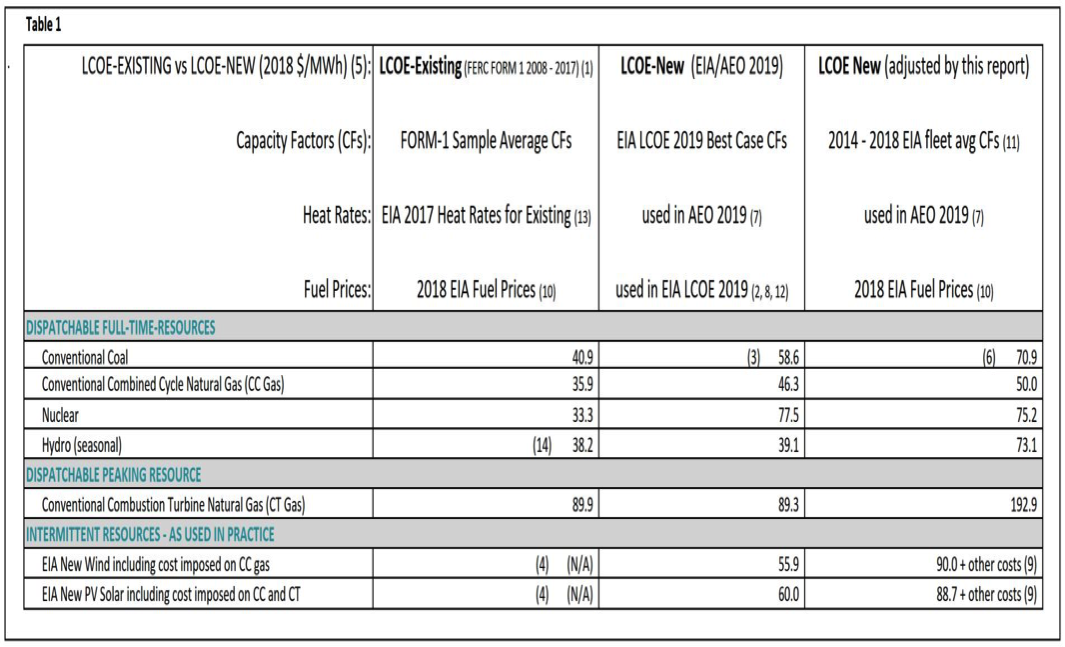 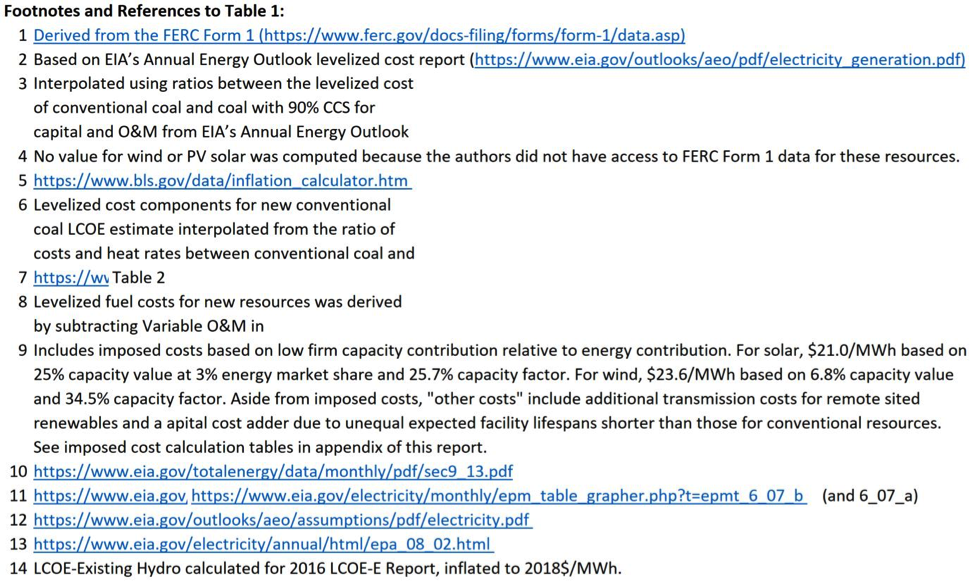 Despite S&P Global’s claim that the IER/ACCCE report contradicts the Energy Innovation and Vibrant Clean Energy study, the fact that the latter study did not consider lost capital, retirement costs, or an analysis of reliability, means that the two studies are not comparable. It is important to consider the costs imposed on the electric system by wind and solar power before making a determination of what capacity should be built and what capacity should be retired to accommodate those plants. It is imperative that law makers, utility executives and public service commissioners have a good foundation of these costs as well as what it costs existing generators to continue operating before making decisions that ultimately increase the cost of electricity to rate payers.