According to the recently released BP Statistical Review of World Energy, the United States ranked number one in 2010 as the largest user of non-hydro renewable technologies in the world, far above the next largest users—Germany, Spain, and China. The U.S. share of world renewable energy consumption was 25 percent in 2010, followed by Germany at 12 percent, and Spain and China with 8 percent each. The Obama Administration and others would like us to believe that the United is losing the race for so-called green technology to China, but the energy statistics for 2010 do not match the claims. 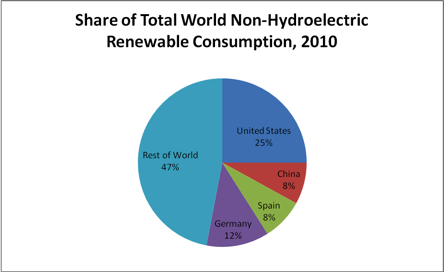 Other results from the BP statistical review for 2010 regarding the global energy system are: 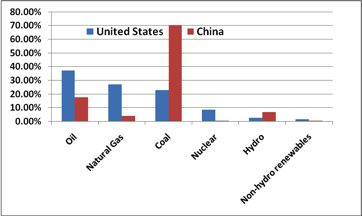