Forecasters predicted that China would overtake the United States in economic output sometime this decade[1]—but no one predicted that it would be this soon, i.e. in 2014. But, that is exactly what the Financial Times is telling us. The United States has been the global leader since 1872, when it overtook the United Kingdom as the world’s economic leader.[i] But its 141-year term as number one is about to end — if not this year, then very, very soon.  China’s new economic superpower status is being achieved on the heels of China’s emergence as an energy superpower a few short years ago.

The International Comparison Program (ICP) hosted by the World Bank provides the official data. For 2005, the ICP ranked China’s economy at less than half the size of that of the United States. For 2011, however, using purchasing power parity, the ICP ranked China’s Gross Domestic Product at 87 percent of that of the United States. Because the International Monetary Fund is expecting that China’s economy will grow by 24 percent between 2011 and 2014, while the U.S. economy is only expected to increase by 7.6 percent over that time period, China is expected to surpass the United States this year in economic output. India is expected to rank third, up from tenth place.

To garner even more status in the critical energy arena, in late 2013, China announced that it was assessing ways to attract more private investment into its energy sector by streamlining the project approval processes and implementing policies to foster more energy transmission infrastructure to link supply and demand centers. These are policies that the United States should emulate.

In 2012, China consumed 4 billion short tons of coal, 4.5 times the amount that the United States consumed, and 3.9 percent more than the country consumed the year before. In 2011, coal represented 69 percent of the country’s energy consumption, followed by oil, representing 18 percent and hydroelectric power, representing 6 percent. Non-hydroelectric renewables only represented 1 percent of China’s energy consumption in 2011. 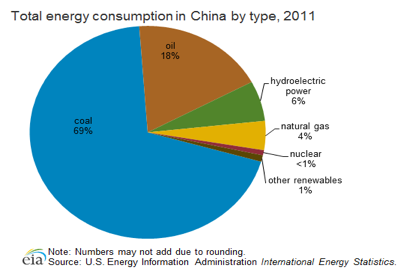 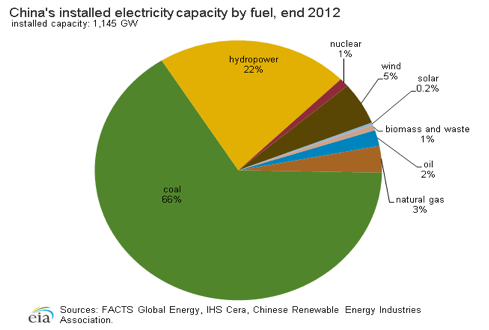 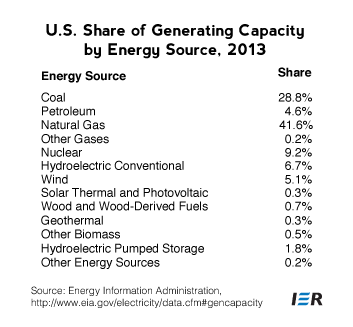 Therefore, it is not surprising that China’s electricity generation is mostly from fossil fuels, followed by hydroelectric generation. 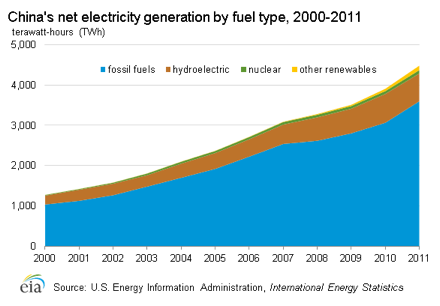 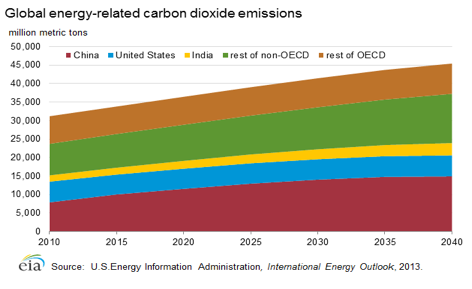 China’s economy is flourishing because it has acquired abundant energy and it is using it, regardless of the country’s increasing contribution to global carbon dioxide emissions. The country is also setting policies to encourage more private investment in energy by streamlining the project approval processes and fostering more energy transmission infrastructure. These policies would also help the United States to make energy sources more accessible to production and consumption.

[1] The Energy Information Administration in its International Energy Outlook 2013 expected that China’s economy would surpass that of the United States sometime between 2015 and 2020 measured in purchase power parity. See Table A3 at http://www.eia.gov/forecasts/ieo/ .