Over the last several days, those in Washington who care about energy and environmental issues have watched as former House Energy and Commerce Committee Chairman Joe Barton (R-TX) and his allies have launched a series of personal and ideological attacks on the man who would replace him, Representative Fred Upton (R-MI). The main thrust of their attack is that Mr. Upton’s voting record is too moderate to allow him to serve effectively as Chairman of the Committee on Energy and Commerce. 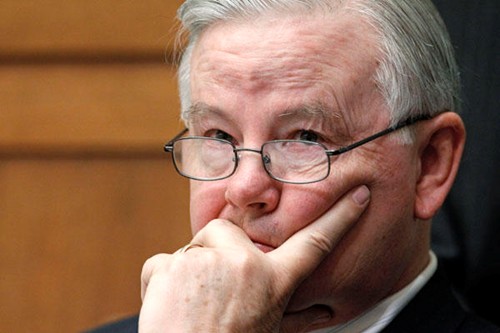 It would be difficult to argue that Upton is a sturdy champion of energy production, but similarly challenging to defend Mr. Barton’s record. On his watch, Barton cleared legislation imposing an ethanol mandate, expanding the power of FERC, banning incandescent light bulbs, and establishing gasoline price controls (a first for Republicans since Richard Nixon). More recently, Ranking Member Barton teamed up with current Chairman Henry Waxman (D-CA) on legislation to create a new and destructive regulatory regime for offshore oil and gas exploration and production as a response to the BP oil spill.

Reflecting on the records of both men, it might occur to people that perhaps the problem is not the individuals, but rather the system; in particular, the committee in which these men (and others) are campaigning to chair. The Energy and Commerce Committee is one of the oldest, most respected, and most powerful committees in Congress. But the reality is that it is no longer functional as it relates to the policy priorities of today. The committee, with nearly 60 Members and jurisdiction over five Cabinet-level department and seven independent agencies, is simply too big and its focus is too diffuse.

A committee with jurisdiction over health care, telecommunications, and energy has little hope to develop and keep coherent and meaningful expertise on all of it. And thanks to Obama Care, the health care issue alone will take a considerable amount of the committee’s time and attention in the next two years. The result is that many Members and staff who care about and know something about energy policy tend to reside elsewhere.

Minority Leader John Boehner (R-OH) is correct. For purposes of efficiency and accountability, Congress should combine similar policies and programs and avoid situations where responsibility and coherence can be compromised by placing disparate issue sets together for artificial reasons. The simple truth is that the energy portfolio belongs in the House Committee on Natural Resources. That committee already has jurisdiction over offshore energy production, coal production, water quality, some natural gas production, and shares jurisdiction on almost every other energy issue with Energy and Commerce. Unlike Energy and Commerce, however, the Natural Resources committee has a clear and defined focus – how to effectively manage the vast resources of the United States. It does not concern itself with telecommunications policy, or consumer safety, or health care.

It is time to create an Energy and Natural Resources Committee, one whose focus is on the energy that powers our economy and the resources that are the shared inheritance of all Americans. Such a committee would provide accountability, and perhaps more importantly, clarity for those who seek to understand and truly reform federal energy policy.

Soon-to-be-Speaker John Boehner is the sole remaining member of the Gang of Seven, a group of lawmakers who reigned in Congressional abuses like the House banking and post office scandals. In 1996, Boehner again took up the mantle of reform in his upset victory over Roy Blunt (R-MO) to become House Majority Leader. And by appointing Representative Greg Walden (R-OR) to lead the GOP’s latest transition to the majority, Boehner has sent a strong message that he is not simply paying lip service to the idea of reforming the House. A new Energy and Natural Resources Committee would be an important step in that direction and Mr. Boehner has the credentials to get it done. Then the jockeying for chairmanships can resume.

If You Give a Solar or Wind Company a Subsidy

Daylight Saving Time: Yet Another Failed Government Program to Save Energy