IER has prepared the following to assist people to understand what the hurdles are regarding the renewable electricity mandates currently under discussion in various forms.   Because of the language invoked by proponents of the various renewable portfolio standards/renewable electricity standards/renewable electricity mandates, there has been scant attention paid to the scale of the hurdles being proposed in congress or the relative costs associated with overcoming those hurdles.  The interactive tools below will allow an individual to select a state and see what percentage of that state’s energy “counts” towards meeting the new standard.  We think some people will be surprised. 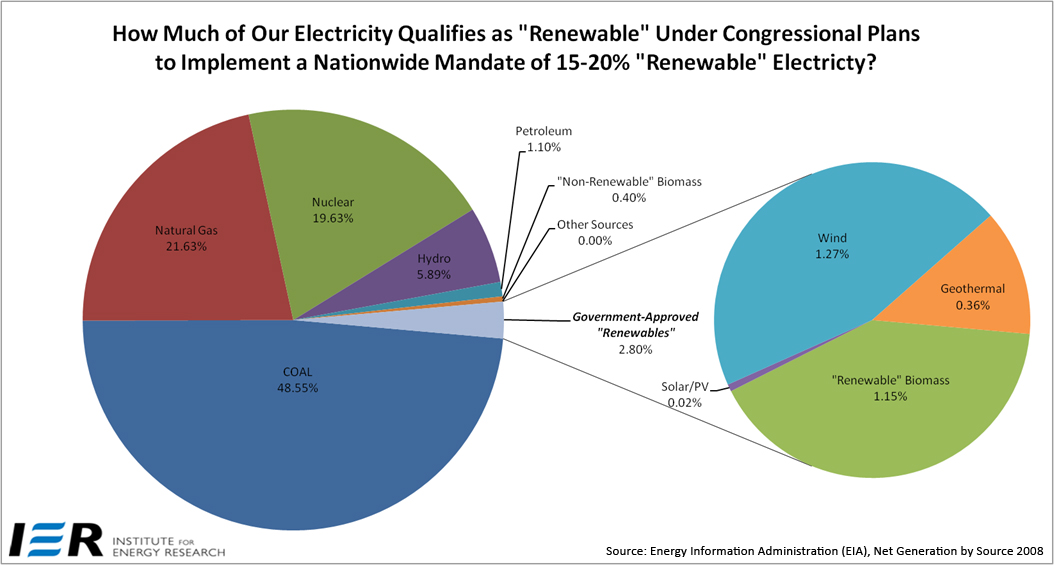 The reason why such a small percentage of our electricity comes from renewables is because renewables are more expensive than conventional coal and natural gas. 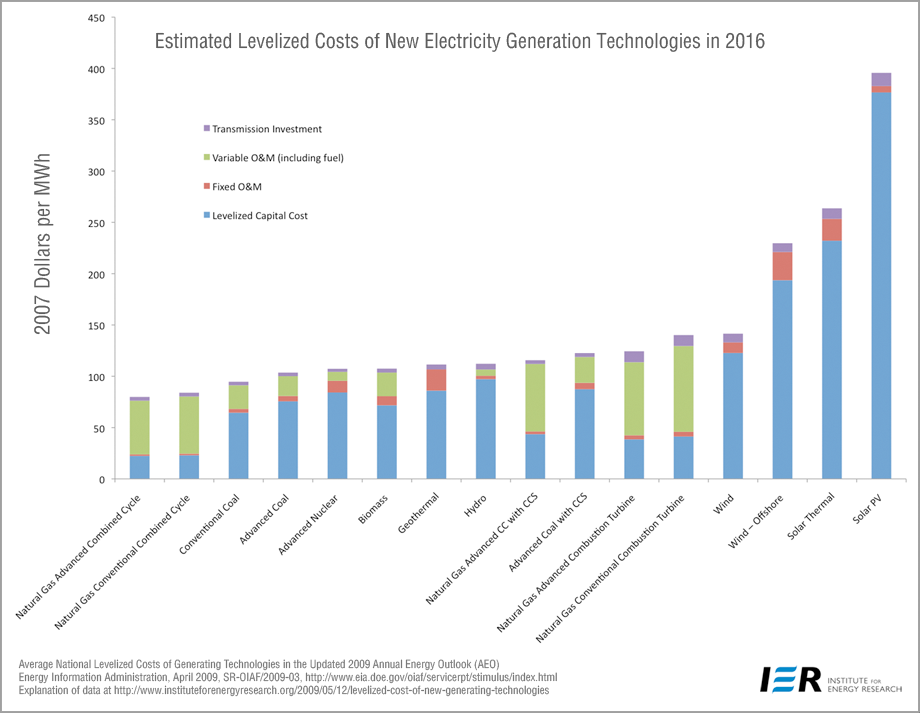