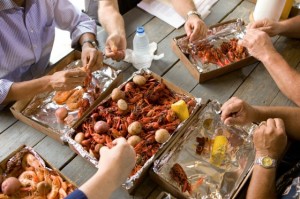 President Obama announced Wednesday that he will serve 200 pounds of Gulf Coast seafood to guests at White House parties this holiday season, symbolic of his support for gulf coast fishermen.   It is unlikely, however, that 200 pounds of seafood will make Gulf Coast citizens forget that just two days earlier, the Obama administration reimposed an embargo on US oil against America by reinstating the offshore moratorium.

Obviously, no one wants our coasts dirtied—least of all those who live along it, but the president’s ban demonstrates his indifference to local decision makers who are far more capable of deciding what should be done with their coastline.

Hopefully, the logical gymnastics the president must do to explain these two incompatible positions will help him work off the Gulf’s delicious seafood.

Do We Need a Bigger Gas Tax?