Nuclear power comes from the process of nuclear fission, or the splitting of atoms. The resulting controlled nuclear chain reaction creates heat, which is used to boil water, produce steam, and drive turbines that generate electricity.
The United States is home to 99 nuclear power units, located in 31 states. Together, these plants generate almost 20 percent of America’s electricity, or approximately 8.5 percent of its total energy.[i]

However, no new nuclear reactors have started up in the United States since 1996.[ii]

The last newly built reactor to enter service was Watts Bar 1 in Tennessee, in 1996. In 2007, the Tennessee Valley Authority voted to complete construction of Watts Bar 2. On October 22, 2015, the Nuclear Regulatory Commission approved a forty-year operating license for Unit 2, marking the formal end of construction and allowing for the installation of nuclear fuel and subsequent testing. On December 15, 2015, TVA announced that the reactor was fully loaded with fuel and is ready for criticality and power ascension tests. Commercial Operation is expected in June 2016. [iii].

From 1973 to 2010, electricity generated by nuclear plants in the United States rose TENFOLD to over 800,000 megawatt hours, but output has declined slightly in recent years as several merchant plants have retired.[iv] Reliability of existing plants has grown substantially during this time, which means that existing plants are producing more energy than in the past. Nuclear capacity factors are now averaging around 92 percent, up from 56 percent in 1975.[v] 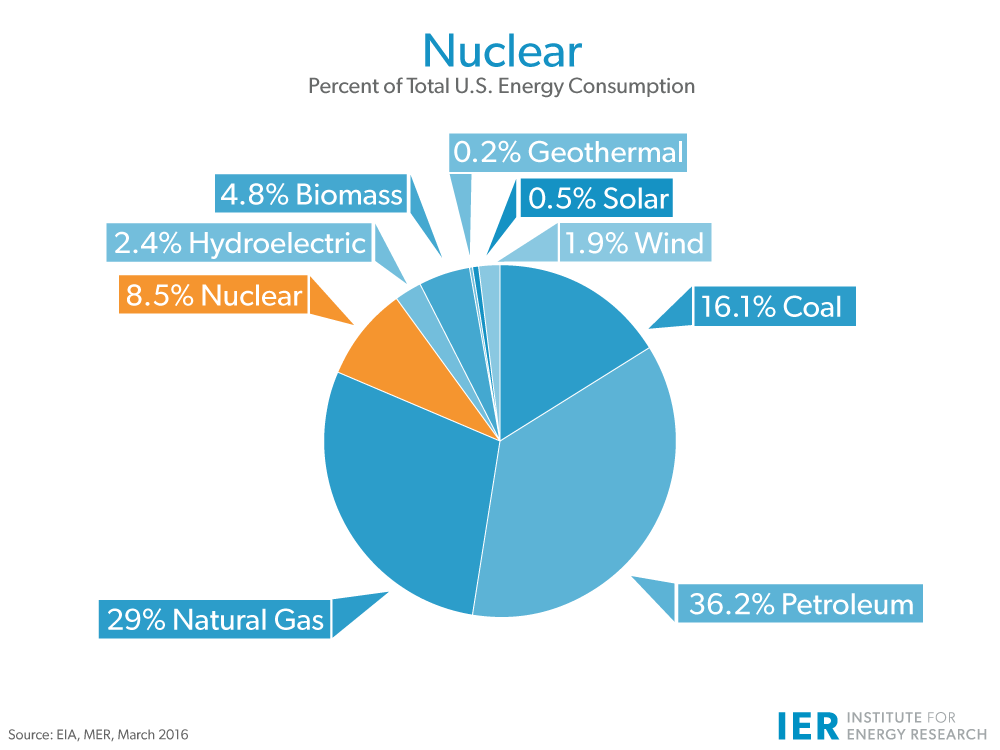 Nuclear operators can increase the rated capacity of their plants through power uprates, which are license amendments that must be approved by the Nuclear Regulatory Commission (NRC). Uprates can vary from small (less than 2 percent) increases in capacity, which require very little capital investment or plant modifications, to extended uprates of 15-20 percent, requiring significant modifications. It is expected that 0.2 gigawatts of additional nuclear power will be added between 2013 and 2040 through up-rates at existing nuclear power plants.[vi] The United States is the world’s largest producer of nuclear power, but it derives a smaller percentage of its electricity from nuclear technology than many other industrial countries. In 2013, France derived 76 percent of its electricity from nuclear power. Other countries producing a high percentage of their power from nuclear energy include Belgium (54 percent), Switzerland (38 percent) , Sweden (40 percent), and South Korea (26 percent).

Nuclear energy is reliable and emission-free, and is viewed by many governments around the world as an attractive form of future electricity generation in the light of controlling greenhouse gas emissions.

While several new US nuclear plants are planned, none have been built in decades. A new federal law enacted in 2005 seeks to revive the construction and deployment of nuclear power plants by granting regulatory certainty to new and safer designs of nuclear reactors. 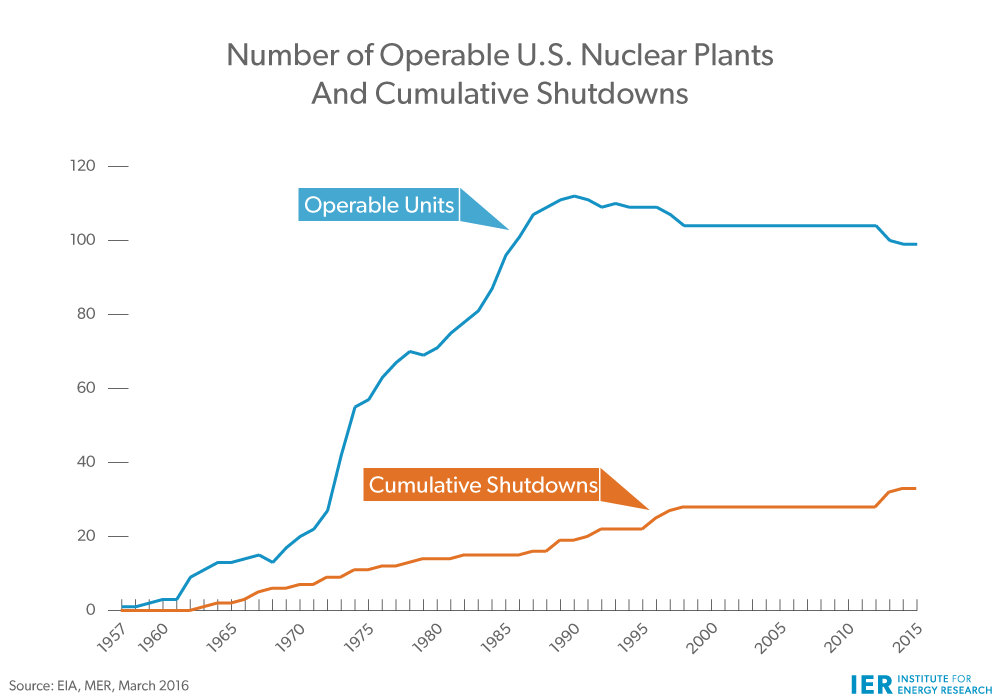 The Energy Policy Act of 2005 provides loan guarantees of up to 80 percent of a project’s cost and a production tax credit of 1.8 cents per kilowatt hour for new nuclear capacity beginning operation by 2020. The tax credit is specified for the first 8 years of operation and is limited to $125 million per gigawatt per year. This act has spurred applications for new plants to the Nuclear Regulatory Commission. However, their high capital cost is still an impediment to the deployment of these plants.

The Energy Information Administration, an independent agency in the U.S. Department of Energy, assumes the total overnight capital cost for a new nuclear plant is $5,366 per kilowatt in 2013 dollars.[vii] The EIA has projected the cost of generating electricity from a new nuclear plant in 2020 to be 9.52 cents per kilowatt hour, about 30 percent higher than a natural gas combined cycle plant. [viii] 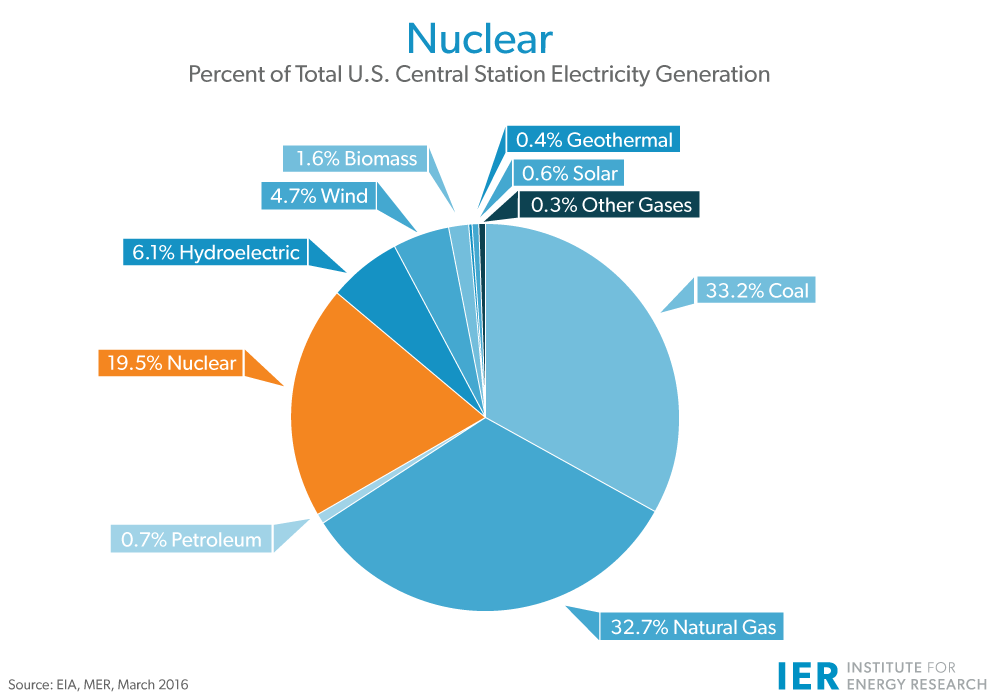 One ongoing concern in the nuclear power field is the safe disposal and isolation of spent fuel from reactors and waste from reprocessing plants. Consumers have paid billions of dollars in levies on their electric bills over the years to fund a government program to dispose of the waste. The Department of Energy has had the responsibility for development of the waste disposal system for spent nuclear fuel and high-level radioactive nuclear waste since 1982, and plans had called for deposit of the material in Yucca Mountain, Nevada, but funding for this program has essentially been cancelled by the Obama Administration. Further, the nuclear accident at the Fukushima Daiichi plant in Japan resulting from an earthquake and tsunami in March 2011 has caused nations around the globe to review safety regulations for both existing and new nuclear plants. [ix] Almost a year later, in February 2012, the Nuclear Regulatory Commission (NRC) approved a license allowing for the construction and conditional operation of two new nuclear reactors at the Vogtle nuclear power plant in Georgia, marking the first time the commission green-lighted construction for a new reactor since 1978.[x] Then in March 2012, the NRC approved a second license allowing construction and conditional operation of two new reactors at Scana Corp.’s Virgil C. Summer nuclear power plant in South Carolina. [xi] These 4 nuclear reactors are expected to come on line in 2019 and 2020. [xii] 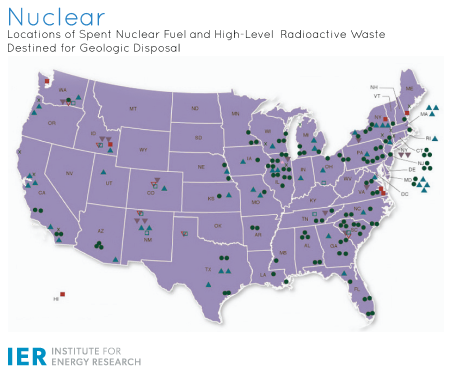