What is Oil Shale?

U.S. Western oil shale is a fine-grained sedimentary rock which is very rich in organic sedimentary material called “kerogen.” The shale is heated to separate the kerogen from the rock and the resultant liquid is converted to superior quality jet fuel, diesel fuel, kerosene, and other high value products. 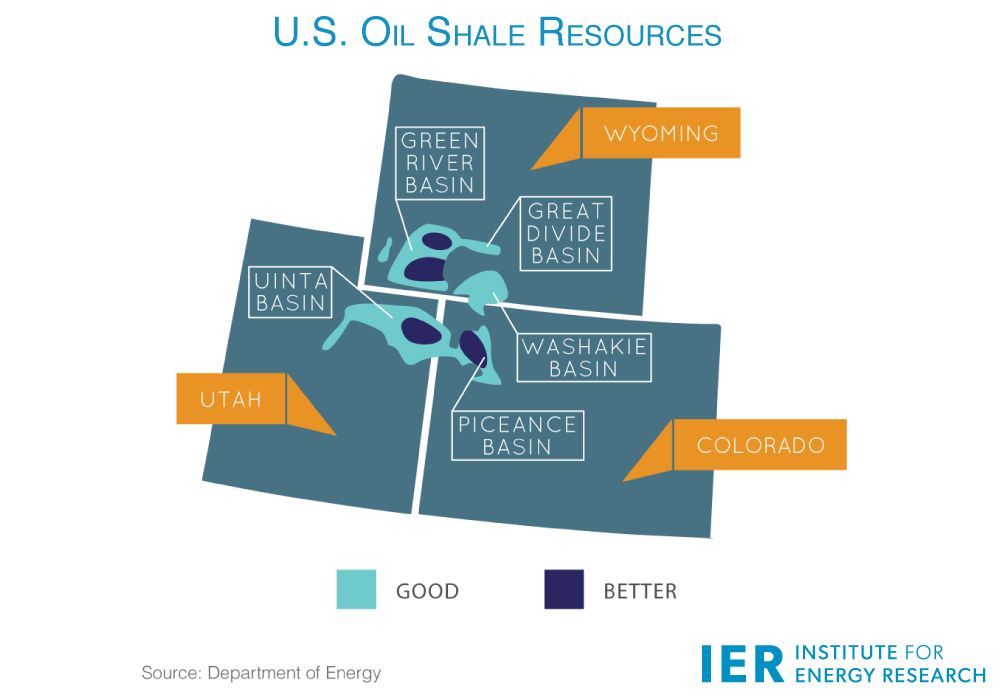 Depending on technology and economics, as much as 1 trillion barrels of oil equivalent could be recoverable from oil shale resources yielding greater than 25 gallons per ton [iii]. For reference, 1 trillion barrels is nearly 4 times the amount of proven oil reserves in Saudi Arabia. The energy potential from our vast resources of oil shale could substantially shift the balance of America’s oil supply away from the Persian Gulf.

In Colorado, Shell has experimented with a process that heats the shale underground. Their in-situ conversion process (ICP) uses subsurface heaters to slowly heat the shale rock to 650 – 750 degrees Fahrenheit. Once heated, the kerogen oil and gas are released from the shale and brought to the surface with traditional pumps. An advantage to the in-situ process is it significantly reduces (and in some cases eliminates) the environmental impacts from previous shale oil recovery methods [iv]

• The process involves no open-pit or subsurface mining

• Does not produce thousands of tons of shale waste, as the traditional mining method does

• Minimizes water use and unwanted byproducts

As is common with new manufacturing processes, operating costs can be expected to decrease over time, as experience leads to design enhancements and improved efficiency.

Despite the great promise these resources hold, one of the first acts of the Obama administration was to withdraw the research and development oil shale leases that the Bush administration had offered consistent with the Energy Policy Act of 2005.[v] Private sector research and development is necessary to bring these resources to market. Without these leases and the potential to commercialize the energy resource, companies will not invest the hundreds of millions of dollars required to develop the necessary technology. In Jordan, for example, Shell pledged to spend $500 million in exploration of the country’s oil shale resources in return for the right to develop these resources if the exploration was successful.[vi]

The potential that oil shale holds here in the United States can be seen by the following graph: 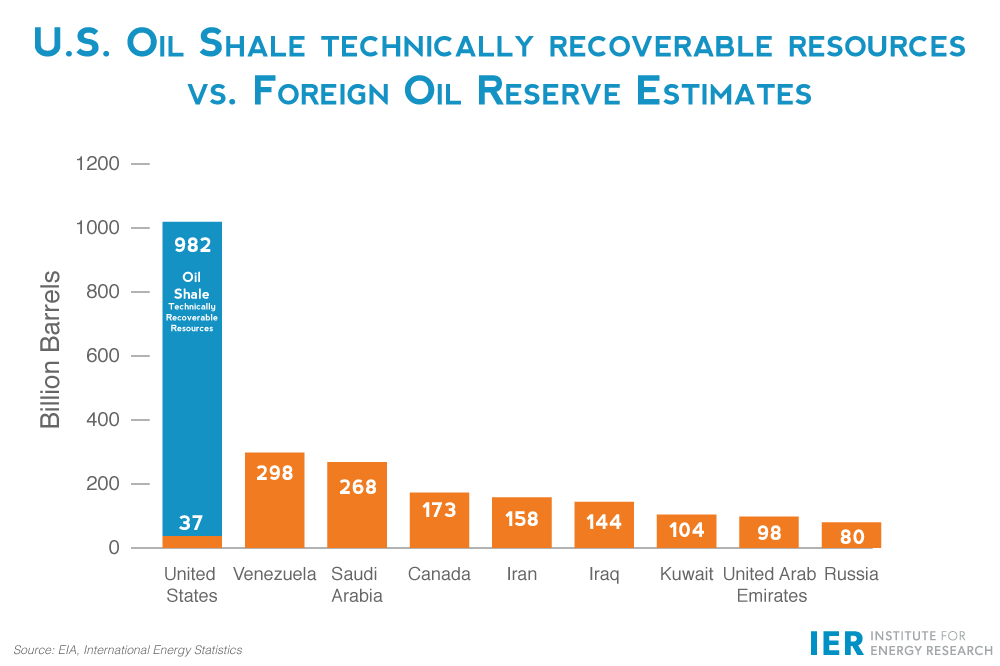