Geologists tell us crude oil is the product of prehistoric organic material subjected to compression and heating over geological time. Once produced, crude oil undergoes refining to create such widely-used products as gasoline, diesel, and heating oil.

Due to its high energy density, easy transportability, and relative abundance, oil has been the world’s leading source of energy since the mid-1950s. Much like coal’s contribution to the Industrial Revolution, oil’s transformation into useful products brought incredible advancements in personal transportation and the portable application of energy to the vastness of America first, and then to the world. 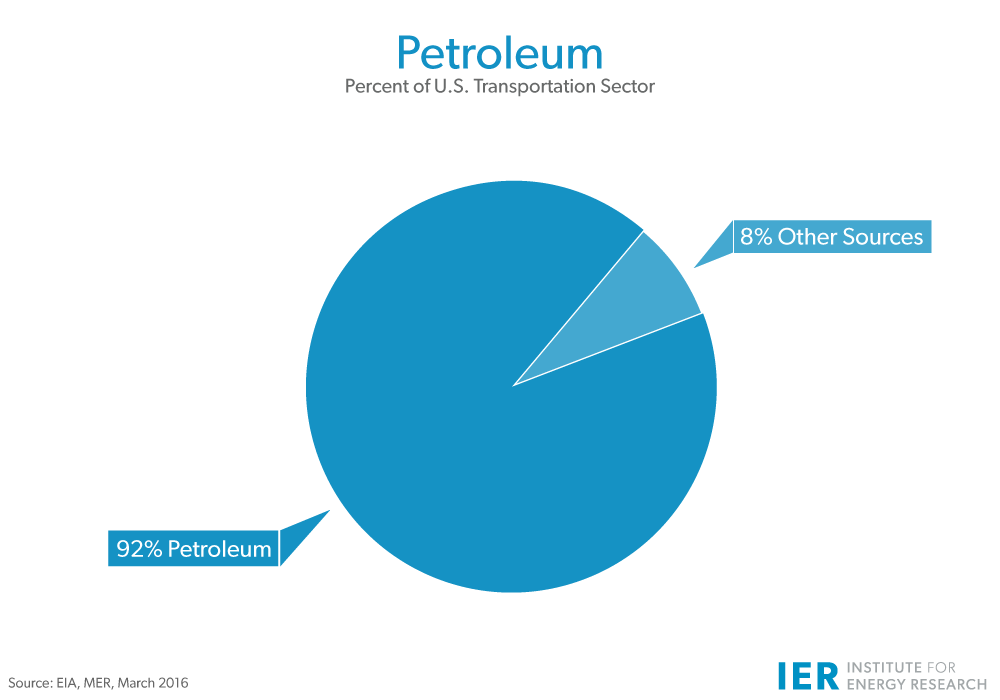 The U.S. had become increasingly dependent on foreign oil to meet its growing energy needs, until recently, as the share of imported oil on a net basis has dropped from 60% in 2005 to 24% in 2015. Major sources of imported oil are Canada, Mexico, and OPEC, particularly Saudi Arabia, and include 16 percent coming from the Persian Gulf on a gross basis.[v]

The United States’ dependence on foreign sources of energy was intensified by federal government restrictions on oil and natural gas production in certain energy-rich locations here at home. Since 1982, these policies have closed about half the waters in the Gulf of Mexico to oil and gas exploration. Most of the Outer Continental Shelf (OCS) on the East and West coasts was off limits to energy exploration, and lack of infrastructure and opposition to Alaska’s OCS has forestalled access to the area’s enormous energy potential. 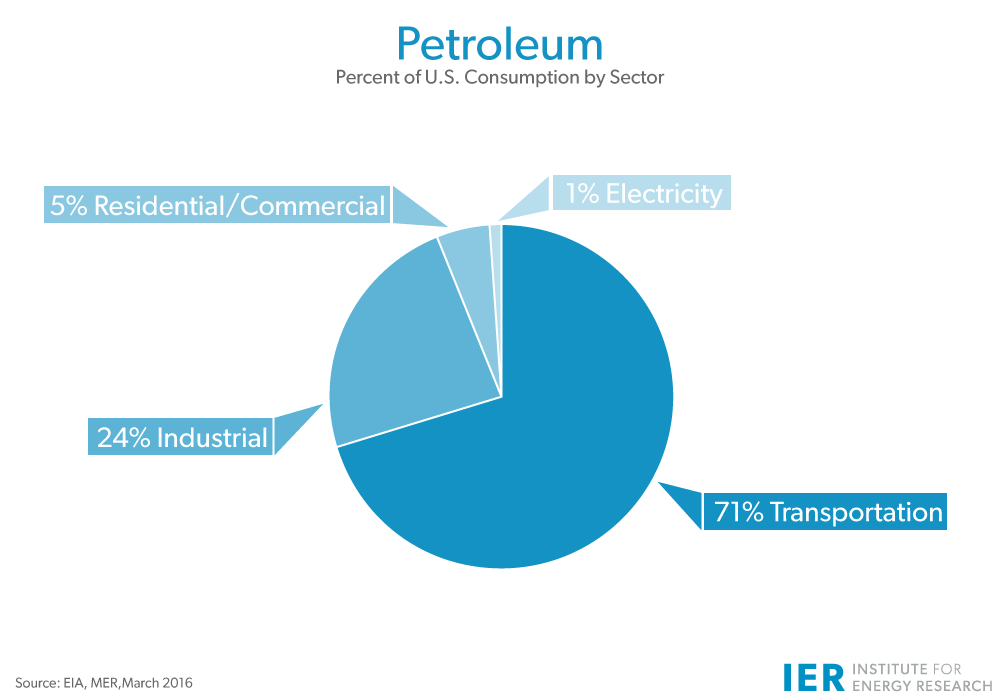 However, Congress allowed the moratoria to most of the offshore areas to expire on September 30, 2008, providing an estimated resource of 18 billion barrels of additional crude oil. This estimate is considered extremely conservative by most petroleum experts because, historically, oil discoveries are not made until one is allowed to look. The issue, however, is far from over, particularly since the Obama Administration put a moratorium on offshore drilling after the BP oil spill from the Macondo well in the Gulf of Mexico in April 2010. While the moratorium has been rescinded, the pace of oil drilling permits approved by the Department of Interior has been extremely slow and the new offshore areas that were to be opened based on Congressional action in 2008 have essentially been put on hold. They are not included in the Department of Interior’s offshore lease plan for 2012 to 2017. Similarly, an estimated 10.4 billion barrels of oil in a small portion of Alaska’s Arctic National Wildlife Refuge (ANWR) has been placed off limits to energy production until US government policy allows it. While the offshore lease plan for 2017-2022 had some new OCS areas proposed, the Obama administration has modified the plan to remove the Atlantic coast OCS. [vi]

Contrary to the notion that we are “running out” of oil, the U.S. continues to be rich in petroleum potential. Certain sources of oil have been too expensive to produce in the past, but are now economic. Shale oil, for instance, has undergone the same renaissance as shale gas due to hydraulic fracturing and directional drilling. The increased production of oil has taken place primarily on private and state lands. Oil production on public lands has been declining primarily due to actions by the Obama administration that have increased the processing time for permits and restricted access to public lands rich in petroleum. Oil on these lands and waters can be accessed with new technologies and remain abundant, awaiting only government approval and/or private investment to become additional sources of new domestic energy. 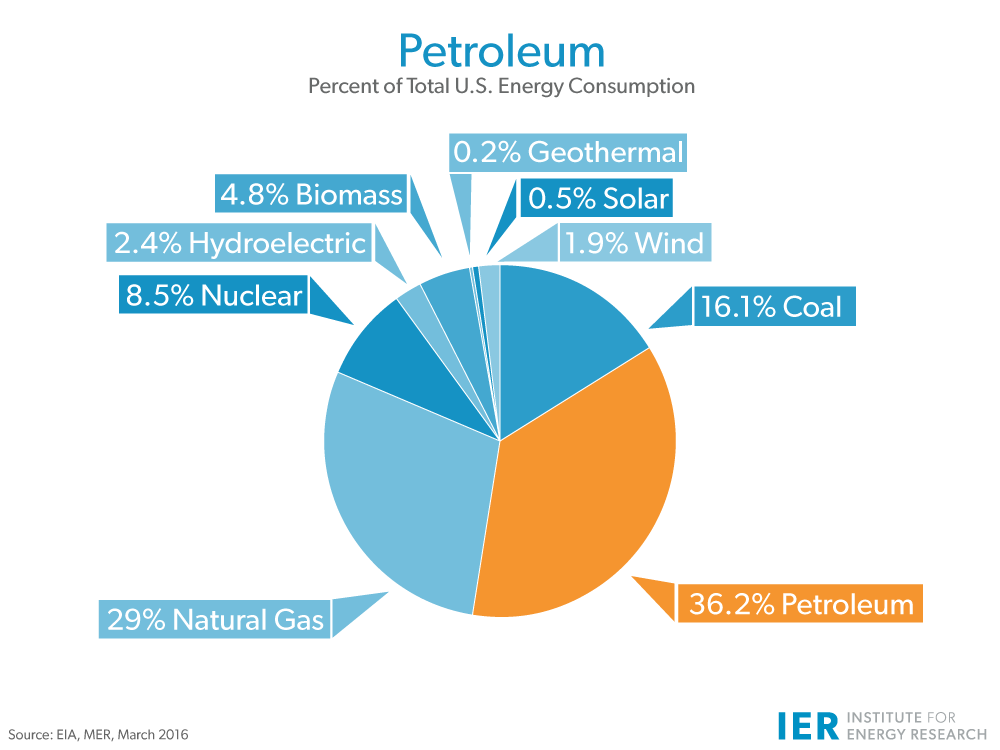 One massive potential American energy resource is known as oil shale. In fact, no other nation in the world is as rich in oil shale as the U.S. The largest deposits of American oil shale are located in Colorado, Utah, New Mexico and Wyoming. And though extraction poses some technical challenges, US oil shale in-place resources contain the energy equivalent of over 2 trillion barrels of oil. 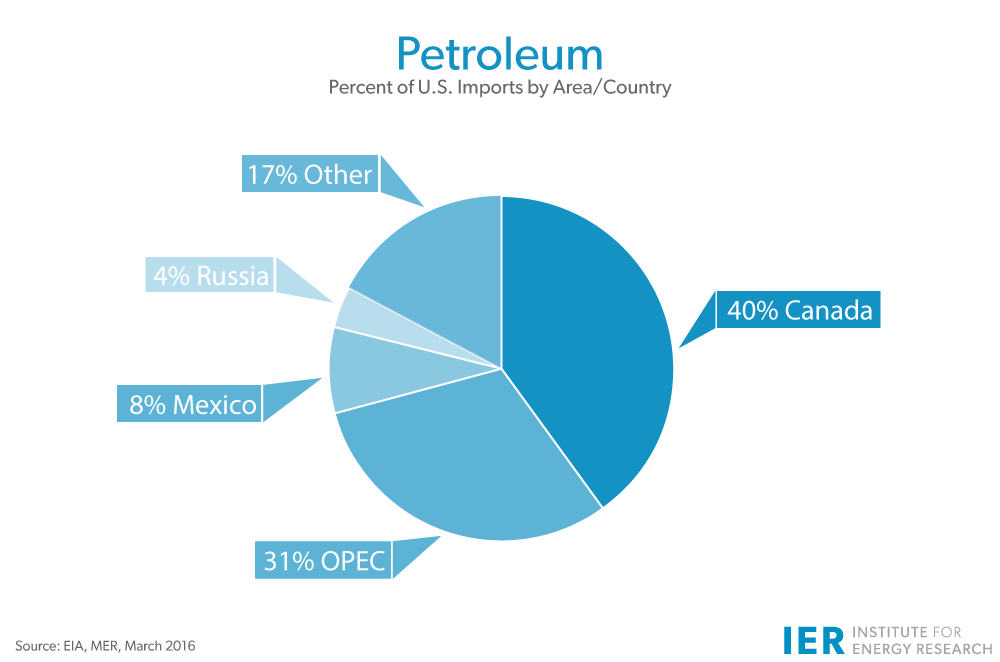 To put this figure in perspective, the world has used slightly more than 1 trillion barrels of oil since the first oil well was successfully drilled in Pennsylvania in 1859. As such, the United States’ 2.6 trillion barrels of oil shale is a potentially huge new source of oil, and must be central to any discussion of our continental energy security. Shale and other new sources of oil, like oil sands currently being developed in Canada, offer important new North American energy supply options. 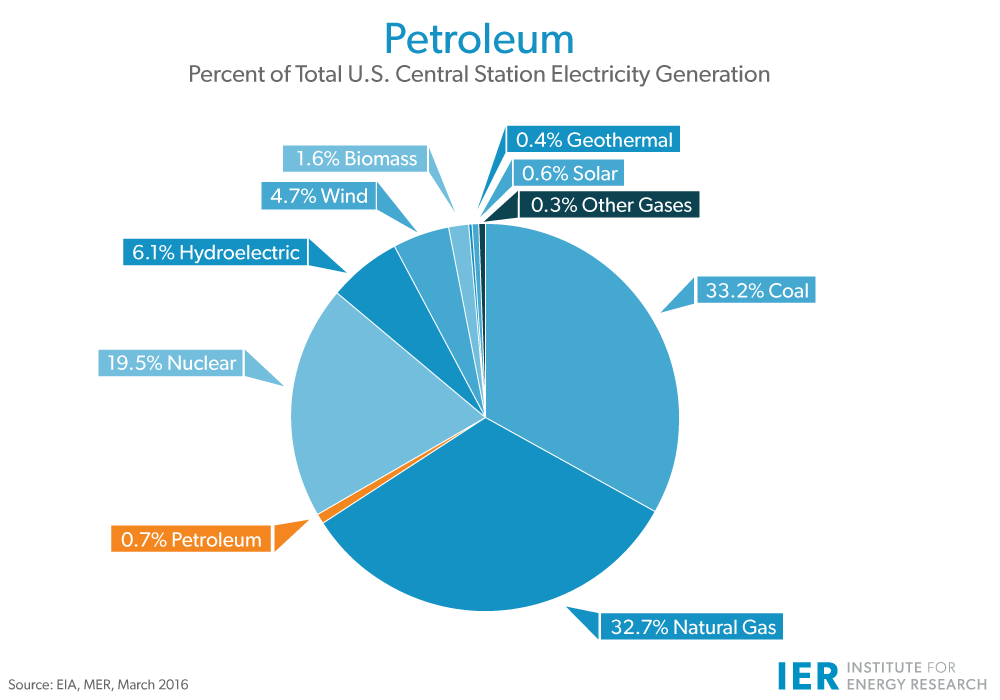