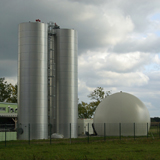 Specifically, the impact ethanol has on the issues of liability, auto warranties, food inflation, and the “other economically deleterious effects” of subsidized ethanol.

Just as the U.S. House of Representatives has voted to withhold funding for EPA’s efforts to expand ethanol through e-15, the House of Delegates in the Old Dominion is on record via House Resolution 73 authored by Marshall to “encourage the U.S. Environmental Protection Agency to withdraw its waivers until all pertinent testing on the impacts of e-15 is completed and satisfactory.”

Delegate Marshall, a Republican, now finds himself in company with former President Bill Clinton advising that federal ethanol policy should be reconsidered. The text of Marshall’s resolution – passed by the House of Delegates on February 22, by a bipartisan vote of 69-27 – is as follows:

WHEREAS, the United States domestic biofuels industry, including ethanol and biodiesel, is among the most heavily subsidized industries in America, receiving market guarantees, direct and indirect subsidies, tax incentives, loan guarantees, and protections from imports; and

WHEREAS, the recent extension of the ethanol and biodiesel tax credits by the 111th Congress under the Tax Relief, Unemployment Insurance Reauthorization, and Job Creation Act will cost American taxpayers more than $6.5 billion; and

WHEREAS, there exists a mandated minimum use of ethanol under the Renewable Fuel Standard that provides for 12.6 billion gallons of ethanol in 2011, and thus the marginal increase in ethanol production incentivized by the tax credit is comparatively small at approximately three percent additional production (378,000 million gallons); the effective subsidy for the additional ethanol is approximately $15.45 per gallon; and

WHEREAS, ethanol production in the United States now exceeds the ability of the domestic market to utilize it; the U.S. ethanol industry is now an exporting industry and thus the benefits of the various incentive programs intended for the domestic market now flow to foreign motorists; and

WHEREAS, current U.S. ethanol production levels are projected to consume 39 percent of this year’s corn production according to the U.S. Department of Agriculture’s World Agricultural Supply and Demand Estimates (WASDE) of January 2011; and

WHEREAS the demand for corn for ethanol production negatively impacts animal agriculture in Virginia, including raising the costs of feeding broilers, turkeys, and dairy cows and reducing the profitability of Virginia feeder calves; and

WHEREAS, this excessive use of ethanol has generally led to inflationary pressure in the food sector, leading the U.S. Department of Agriculture to predict “accelerating” food inflation in 2011, especially hitting meat and dairy products through higher livestock feed costs because of ethanol; and

WHEREAS, the U.S. Environmental Protection Agency has granted a partial waiver for the use of blends of e-15, or 15 percent ethanol as compared with the current limit of 10 percent, which if fully implemented across the fuel supply could increase the demand for corn for ethanol production by 50 percent—threatening total use of the nation’s corn supply for fuel, not food; and

WHEREAS, a waiver of current standards in favor of e-15 threatens the nation’s small and off-road engines, impacting a variety of sectors, from Virginia’s lawn-care businesses to Virginia’s boaters, hunters, and recreational users of all-terrain vehicles; based on the estimates of AllSAFE, which in comments to the U.S. Environmental Protection Agency voiced concerns on behalf of “250 million Americans that own and operate over 400 million products, including recreational boats and marine engines, chainsaws, lawnmowers, motor vehicles, motorcycles, all-terrain vehicles (ATVs), snowmobiles, generators, and related vehicles and equipment”; and

WHEREAS, a waiver of current standards could force 85 percent of the nation’s nearly 160,000 retail gasoline stations to add new and separate storage tanks at an estimated average cost of $185,000 each totaling approximately $24 billion nationally, leading to higher fuel costs for motorists; and

WHEREAS, most standard auto warranties are nullified by the use of fuels containing higher than a 10 percent blend of ethanol; and WHEREAS, current federal law mandates the use of so-called advanced biofuels, including those made from cellulosic feedstock, though such fuels are not currently commercially available; and

WHEREAS, by 2035 more than half of the ethanol mandated for use in the United States must come from this category of feedstock even though the U.S. Department of Agriculture’s own advisory board, created by Congress in the 2008 farm bill, notes that “after two decades of research without a sustainable technical breakthrough to make cellulosic ethanol competitive, it appears that it is time to re-evaluate the research”; now, therefore, be it

RESOLVED by the House of Delegates, That the Congress of the United States be urged to address the issues of liability, auto warranties, food inflation, and other economically deleterious effects of the current federal ethanol policy and be urged to encourage the U.S. Environmental Protection Agency to withdraw its waivers until all pertinent testing on the impacts of e-15 is completed and satisfactory; and, be it