As President Obama prepares to attend the UN Climate Summit in New York, it is worth noting that China’s President Xi and India’s Prime Minister Modi are not attending, in large part because officials see many international climate agreements as unfairly punishing developing countries. One senior Indian official noted that the summit “cannot be seen as a forum for negotiating a climate pact.”

Over the last three decades, increased energy use has made life better in China and India and been tied to booming economic development. As electricity generation and primary energy consumption in both countries have risen, so have GDP per capita, life expectancy and access to improved sanitation facilities. At the same time, according to World Bank data, the mortality rate of children under five years old has dropped off. The UN’s summit platform, however, includes an energy agenda that aims to limit greenhouse gas emissions through the adoption of costly, ineffective renewable technologies and energy efficiency standards. China and India recognize that this agenda will raise electricity and gasoline costs, unfairly stifle their nations’ economic growth, and leave their citizens worse off.

People in China and India can look back on what life was like 30 years ago and conclude that it is considerably better now—a worldview that, in part, explains why Beijing and New Delhi’s highest leaders are not attending the climate summit. Countries should take note of this outlook and embrace the incredible benefits that higher energy use have for human progress.

Energy is vital to almost everything that sustains human development. For example, research from the Global Energy Network Institute affirms the positive relationship between energy use and quality of life. GENI’s Peter Meisen and Chi Seng Leung conducted a study in which they determined that:

China and India have experienced the benefits of this increased energy use first hand. World Bank data reveal a positive relationship in both countries between electricity generation, primary energy consumption, life expectancy, and improved sanitation facilities and an inverse correlation between all of those indicators and child mortality. In short, energy has been closely tied to better living conditions in both countries: 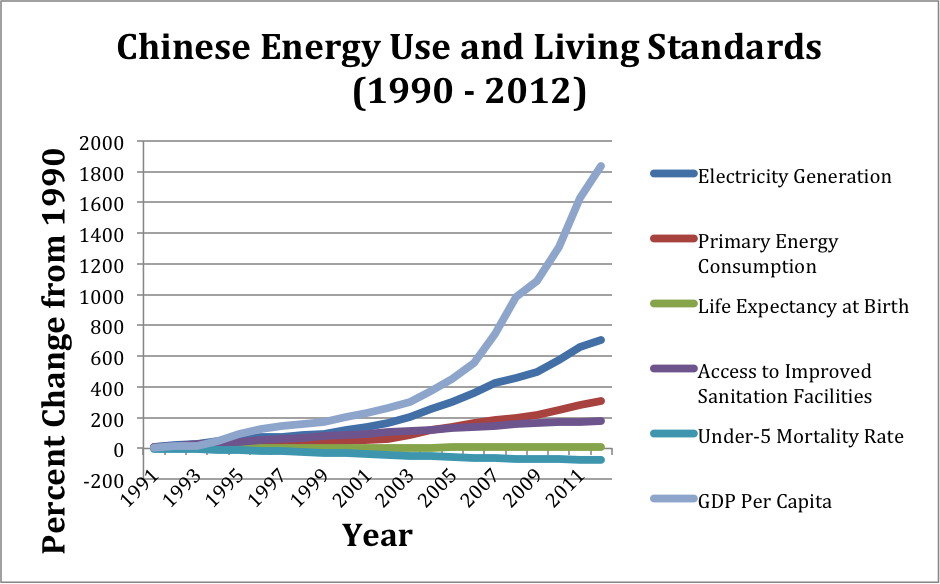 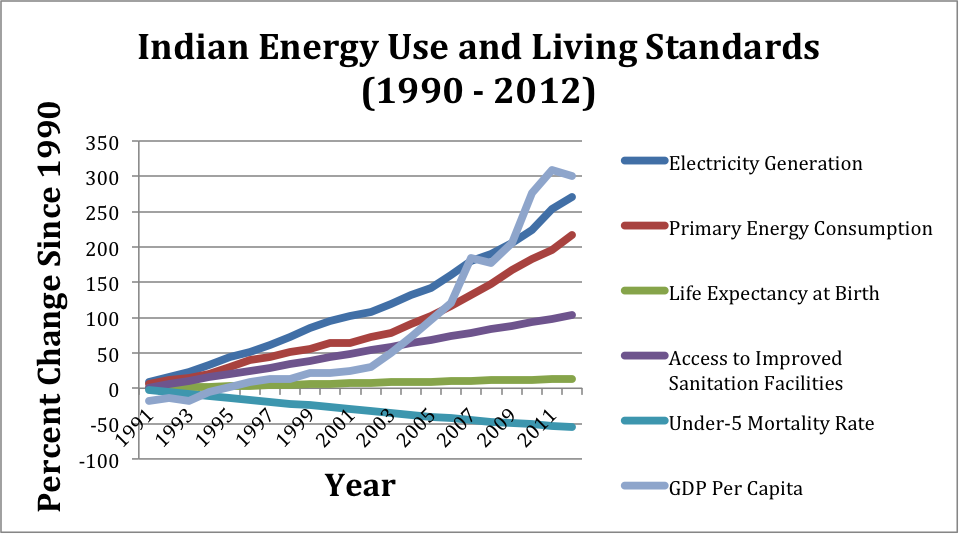 While other factors besides energy use certainly have an impact on the quality of life, energy is ultimately necessary for a thriving society. As Julian Simon once noted, energy is “the master resource”—the driving force behind almost all other productive forces. The International Energy Agency’s World Energy Outlook states it well:

Why then would the UN seek, through carbon dioxide regulations, to make access to this life-changing resource more expensive for billions around the globe who can least afford it?

Conclusions: Forcibly Curtailing Peoples’ Energy Use Deprives them of Well-Being

Energy is closely tied to a better life. Nations should embrace the benefits of increased energy use and the economic power it provides to pull people out of poverty, save lives, and increase health. Instead, the UN promotes a costly, ineffective renewables program and energy efficiency mandates that would jeopardize the growth that has improved the lives of billions of people. China and India recognize this, and the rest of the world should take note.