A decade ago, it was believed that wells that had been hydraulically fractured would have a short life span, that the oil and gas industry would need to keep drilling to keep output up, and that the oil and gas boom would dissipate fairly quickly. But, recent data show that not to be the case. Production is still increasing despite a slowing in oil and gas rig growth, which indicates that the early skeptics who thought this was a temporary production boom requiring numerous new wells to keep output up were wrong. Rather than drilling in new shale formations, oil and gas producers are finding ways to get more out of the formations they have already found.[i]

Through the use of hydraulic fracturing, the United States has become the world’s largest oil and gas producer, keeping natural-gas prices low for U.S. consumers, and keeping crude oil prices in check around the world. Without the U.S. oil production boom, it is predicted that oil prices would be around $150 a barrel, rather than $100 per barrel.  If this estimate is correct, the United States is saving the global economy about $4.9 billion a day in oil spending.[ii] 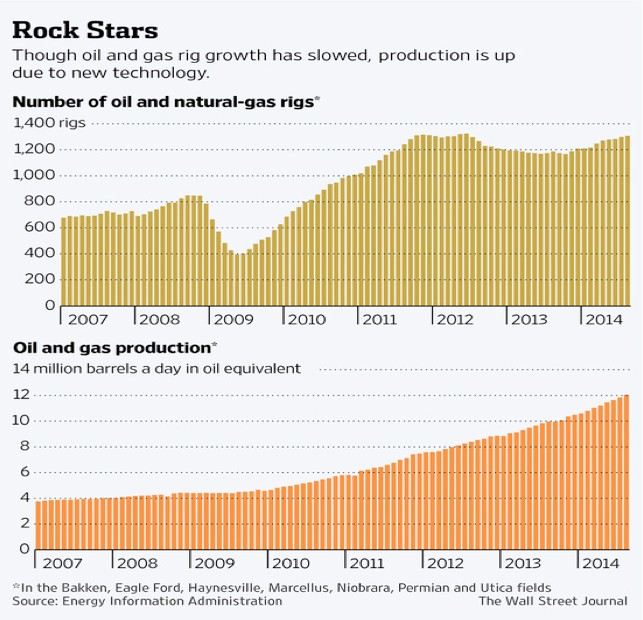 It is estimated that without the additional supply from the United States, the world oil market would be about 3 million barrels short of the over 90 million barrels of oil it currently demands. That shortage would drive up the price of oil to well over $100 per barrel.

According to the Energy Information Administration (EIA), the number of rigs drilling in the United States is basically flat, but production continues to increase, and this drilling productivity shows no sign of slowing. U.S. production of tight oil, of which shale oil is a component, increased from less than 1 million barrels per day in 2010 to more than 3 million barrels per day in the second half of 2013. 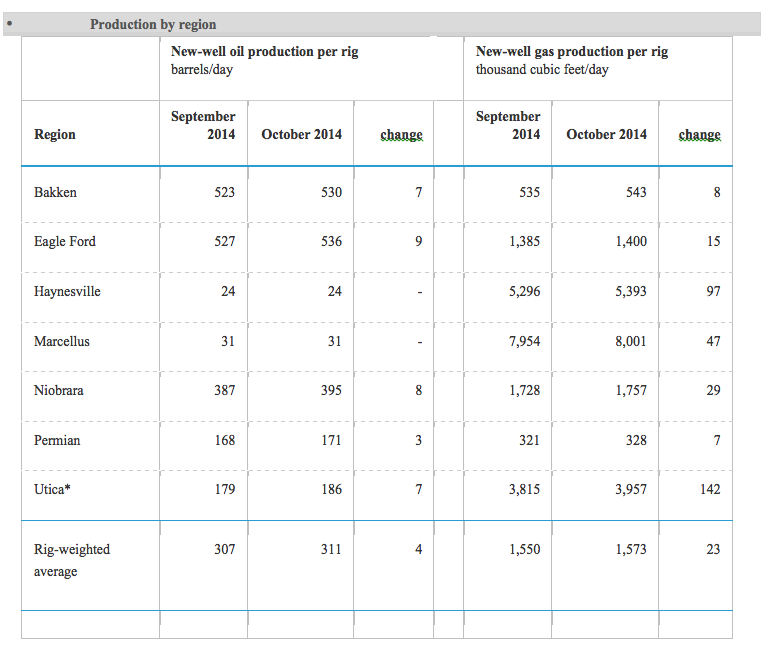 Drilling productivity is driving record production for both oil and natural gas in shale formations. Producers are able to get more production from existing wells than many thought. This increased drilling productivity is the reason for more optimistic forecasts of domestic oil and gas production. This production renaissance is taking place on private and state lands, despite President Obama trying to take credit for it. While federal lands have enormous resource potential, this Administration policies have decreased rather than increased oil and natural gas production on federal lands and waters.

Obama Continues With Onerous Regulations Despite Lull in Warming