Supporters of carbon taxes like to tell Americans not to worry, that people warning about “Big Government” are scaremongers, and that we can certainly trust political officials to calibrate taxes based on the scientific recommendations of economists in white lab coats. Yet recent news out of British Columbia shows just how aggressive the government can get, if given permission to tax an “inelastic” good like gasoline. 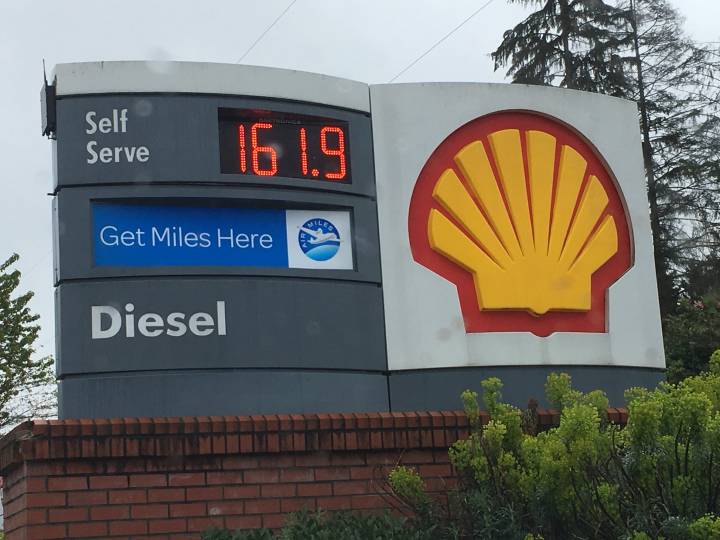 Why are gas prices hitting record highs in Vancouver? Part of the explanation is the weak Canadian dollar, but another component is the tax bite: First there’s the $35 per ton carbon tax—which automatically increases by $5 per ton each year—that translates into 7.78 cents per liter. Then Metro Vancouver also levies a 17 cent per liter fuel tax (ostensibly for regional roads and transit). In combination with other provincial and federal taxes, the total tax bite works out to about 50 Canadian cents per liter, or about $1.50 (U.S.) per gallon.

For a frame of reference, here is an API chart showing the total gas taxes (federal, state, and local) by U.S. state: 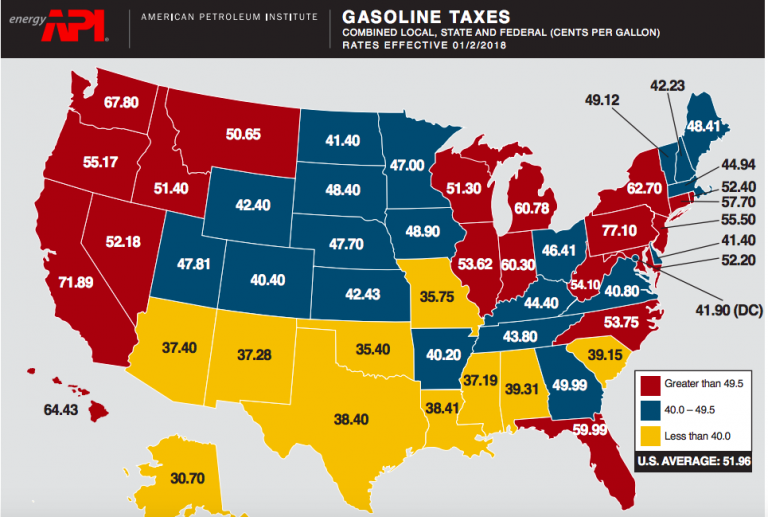 As the chart indicates, the average gas taxes in the U.S. are about one-third what they are in British Columbia.

High Gas Prices a Feature, Not a Bug

Now since gas prices keep breaking record highs in Vancouver, the residents are understandably upset. And they also are wary of plans to implement a carbon tax on a federal level (not just at the provincial level). Yet look how Prime Minister Trudeau handled the concerns, according to a news report:

Prime Minister Justin Trudeau was asked about the pump prices on Monday when he was in Vancouver.

Trudeau says the unpredictability of the economy in the United States has led to higher prices and that is part of his argument for why the Trans Mountain pipeline should be twinned.

When pressed on whether a national carbon price will have an impact on gas across the country, Trudeau responded by saying the goal is to try and shift consumer behaviour.

“The incentives that come from better choices, choices to become cleaner and greener, is exactly what we want. When you put a price on things you don’t want, which is pollution, you encourage people to make better choices,” said Trudeau. “We know the path forward is one that is greener and cleaner.”

So, to answer the question, yes, the Canadian federal government’s plans to put a “price on carbon” will indeed drive up fuel prices across the country, just as the B.C. carbon tax has done in the province.

And as Trudeau’s refreshingly honest answer indicates, high fuel prices aren’t a regrettable necessity. They are the purpose. The supposedly principled justification for carbon taxes on gasoline is to make it so artificially expensive to drive that people turn to other options such as walking.

Americans should be very suspicious when intellectuals tell them that a carbon tax won’t be very painful or disruptive to the economy. Besides the obvious lessons from history—when has a government ever been modest with raising revenues through a new tax?—we can also point out that the point of a carbon tax is to alter people’s behavior, by making their current lifestyle so expensive that they have no choice but to change it.

The residents of Vancouver, B.C. are experiencing record high gas prices. Americans can “enjoy” that experience too if they go along with carbon taxes and other proposed gas-tax hikes.