This map illustrates the potential costs of S. 2191, the Lieberman-Warner Climate Security Act. The analysis was completed by the Science Applications International Corporation (SAIC), under contract from the American Council for Capital Formation (ACCF) and the National Association of Manufacturers (NAM), using the National Energy Modeling System (NEMS) – the same model employed by the US Energy Information Agency.  More information on this study is available below.

The fiscal and economic impacts of S. 2191, the Lieberman-Warner Climate Security Act, have been studied by U.S. federal government agencies and independent organizations.  Various research reports on the legislation’s economic impacts are summarized below:

The U.S. Energy Information Administration (EIA) core analysis of the economic impacts of Lieberman-Warner “assumes, among other things, that key low-emissions technologies – including nuclear and coal with carbon capture and sequestration (CCS) – are developed and deployed in a timeframe consistent with the bill’s emissions reduction requirements without encountering any major obstacles, even with rapidly growing use on a very large scale.

Even with this assumption, EIA concludes that S. 2191 “increases the cost of using energy, which reduces real economic output, reduces purchasing power, and lowers aggregate demand for goods and services.“ Specifically, EIA estimates that S. 2191 will result in a $76 – $723 increase in average annual household energy bills (excluding transportation costs) and a $444 billion to $1.3 trillion loss gross domestic product by 2030.

EIA also notes that the “potential for and the timing of the development, commercialization, and deployment of low-emissions electricity generating technologies such as nuclear power, coal with CCS, and dispatchable renewable power is a major determinant of the energy and economic impacts of S. 2191. The absence of these technologies is estimated to significantly increase compliance costs.”
The executive summary of EIA’s analysis is available here.

The U.S. Environmental protection Agency (EPA) analysis of the economic impacts of Lieberman-Warner assumes that carbon capture and storage (CCS) technology is deployable at scale across the entire U.S. electricity sector, and that there is a 150 percent increase in U.S. nuclear power generation by 2050. The EPA analysis also assumes that the U.S. complies with the Kyoto Protocol, which it currently does not.

The EPA analysis is available here.

According to the non-partisan Congressional Budget Office (CBO), the Lieberman-Warner Climate Security Act will cost American taxpayers $1.21 trillion during the 2009 – 2018 period and impose mandates on the private sector that would exceed $90 billion per year during the 2012-2016 period. CBO states that while covered facilities would be responsible for these initial costs, the bulk would be passed onto consumers in the form of higher prices for energy and energy-intensive goods and services.

The CRA International analysis analysis of the economic impacts of S. 2191 includes the costs associated with recently-enacted CAFÉ and RFS standards. Specifically, CRA finds that under S. 2191, the economy will suffer a net loss of nearly 4 million jobs in 2015, growing on a year-by-year basis to more than 7 million jobs 2050.

The overall cost of the bill to the average household of 2.6 persons will exceed $2,300 annually in 2015, which approximates the amount households now spend annually on healthcare. The economy will suffer from large year-over-year losses in GDP through 2050 because of the high costs of compliance in the early years and the limited availability of zero carbon technologies throughout the economy in the later years when caps require near-zero emissions. By 2050, GDP losses accumulate to $5.3 trillion (present value 2007$).

The joint American Council for Capital Formation (ACCF) and National Association of Manufacturers (NAM) report on the impacts of S. 2191 was conducted by the Science Applications International Corporation (SAIC).

The analysis states that the impacts of Lieberman-Warner will be felt especially by the poor, who spend more of their income on energy and other goods than other income brackets. By 2020, higher energy prices mean that low income families (with average incomes less than $18,500) will spend between 19% and 22% of their income on energy under L/W compared to a projected 17% without L/W. Others on fixed incomes, such as the elderly will also suffer disproportionately.

The complete ACCF/NAM study is available here. This analysis also includes a breakdown of S. 2191’s impacts on the 50 states, which can be found by visiting IER’s Cost of Climate Change Policies Map.

The Heritage Foundation’s analysis of Lieberman-Warner assumes that all of the problems meeting currently enacted legislation are overcome, and that carbon capture and sequestration (CCS) technologies will be viable for full-scale commercial use in 10 years.

The Heritage Foundation also conducted an analysis of the economic impacts of S. 2191 on the 50 states, which is available here. 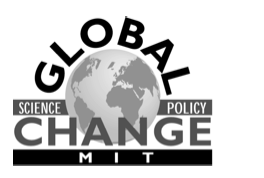 The Massachusetts Institute of Technology (MIT) Joint Program on the Science and Policy of Global Change examined several Congressional proposals to limit carbon emissions using their Emissions Prediction and Policy Analysis (EPPA) model. For S.2191, MIT found that, by 2020, S.2191 will lower expected GDP by nearly 1% (range of estimates is -.69% – -.78) or by between $136 billion and $154 billion. They also found that cap and trade proposals “imply large-scale changes in the U.S. energy system. For example, even with strong growth in wind, solar and other renewable sources the required removal of CO2 emissions from the electric sector would require on the order of 500 new no- or low-carbon power plants to be built by 2050. If all of these were nuclear power plants that would be a six-fold increase from the 100 now in place.”

The MIT analysis can be found here.