Government owned lands and waters are responsible for less and less of the energy produced in the United States.  In a recent analysis, the Energy Information Administration (EIA) estimated that production of fossil fuels (coal, oil, and natural gas) on federal lands decreased by 7 percent during fiscal year 2013.[i]  Fossil fuels produced on federal lands decreased from 17,230 trillion Btu in FY 2012 to 15,942 trillion Btu in FY 2013. In 2013, even though the federal government is the largest landowner in the country, federal lands produced 25 percent of the fossil fuels produced in America, down from 36 percent a decade ago. While crude oil produced on federal lands increased slightly (by 1 percent) in fiscal year 2013, that increase was more than offset by decreases in coal, natural gas, and natural gas plant liquids (NGLs) production. For example, federal coal production and federal onshore natural gas production each decreased by 9 percent during fiscal year 2013. 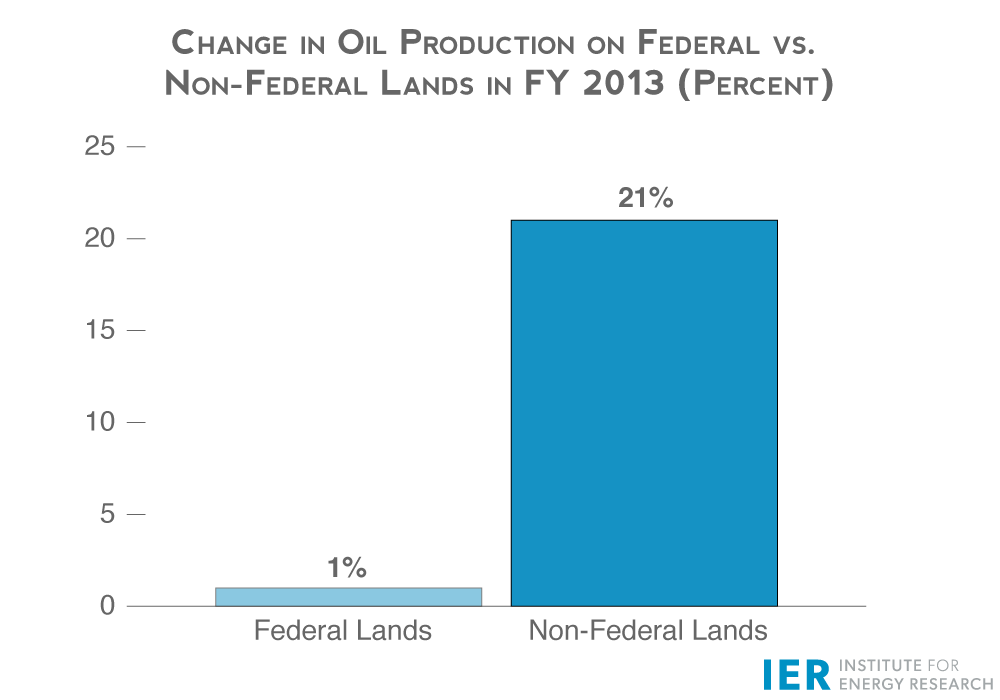 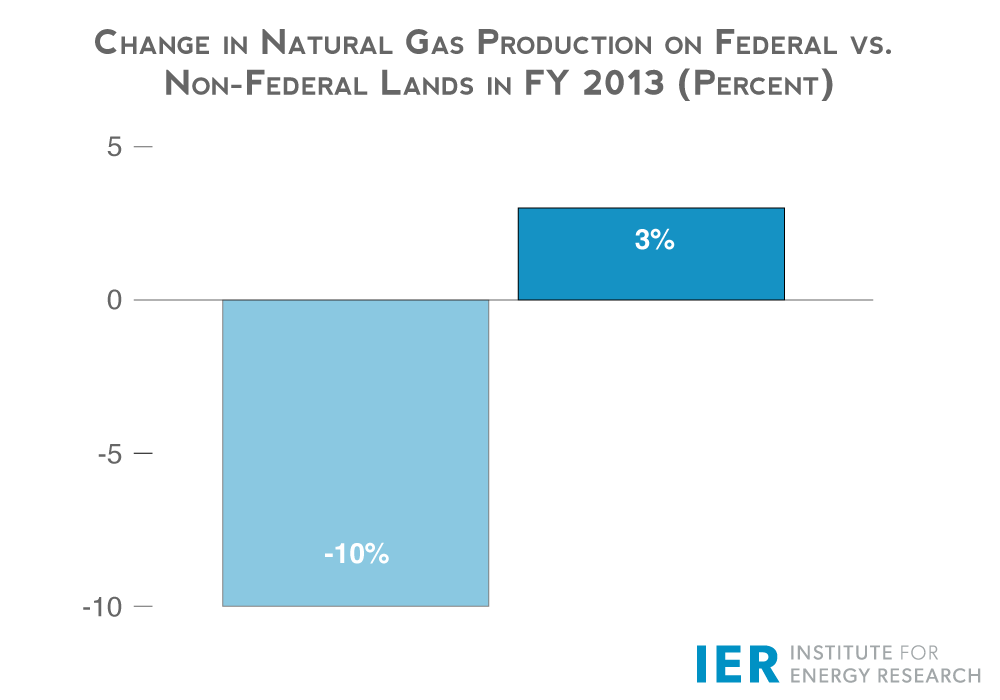 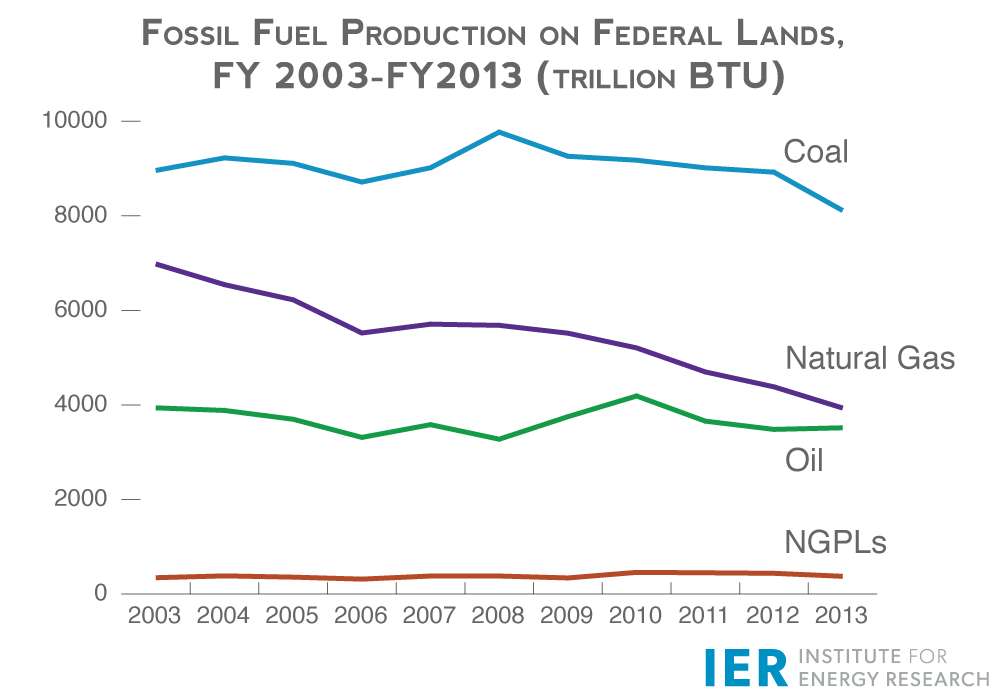 Production volumes are derived from royalties that companies paid to the Interior Department’s Office of Natural Resources Revenue.

Most of that federal land is administered by four federal agencies—the National Park Service, Fish and Wildlife Service, and Bureau of Land Management (BLM) in the Department of the Interior, and the U.S. Forest Service in the Department of Agriculture. Production of fossil fuels from federal lands primarily is the purview of the BLM, which manages 248 million acres and is responsible for 700 million acres of subsurface mineral resources. 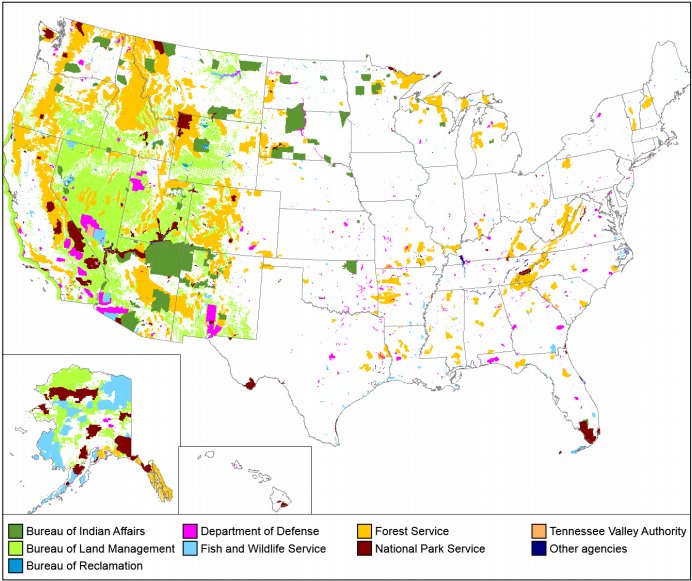 Coal production on federal lands is dominated by Wyoming, which accounted for 80 percent of the total in FY 2013. Montana, Colorado, Utah, and New Mexico were the next biggest coal producers on federal lands. Production in Wyoming and Montana has been declining since FY 2009 due to the declining demand for coal.

Clearly, while President Obama likes to take credit for increasing oil and gas production in the United States, no credit is due him or his administration for the increased production is taking place primarily on private and state lands. The shift of production to non-federal lands is due mainly to more onerous regulations at the Bureau of Land Management and Interior’s offshore bureaus than the regulations that the states impose—the states know the terrain and the needs of their lands better than federal government regulators and work jointly with fossil fuel developers to ensure safe, affordable, and efficient production of fossil fuels.