Every day, the Energy Information Administration (EIA) sends out a short email called Today in Energy with some of the latest facts about energy. On Monday, EIA wrote about Texas hitting a new peak wind output, on Tuesday EIA wrote about fewer wind curtailments in Texas after building $7 billion in new power lines, and on Wednesday EIA wrote about how California hit a new solar record. On Wednesday afternoon, EIA announced a new Monthly Energy Review and touted the increase in renewable energy consumption. So it might come as a shock to see that natural gas and oil production are increasing far faster than wind and solar. 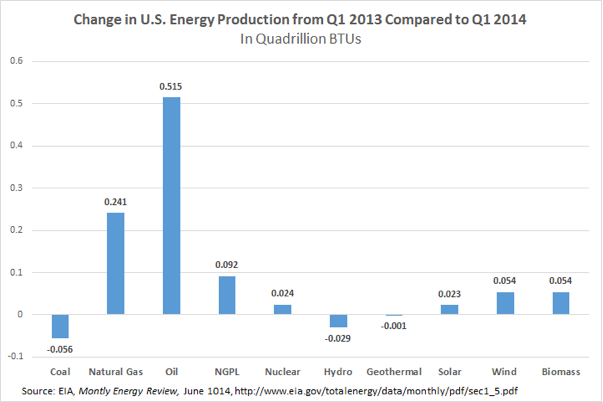