“Oil and natural gas are, and will remain for many years to come, a cornerstone of our nation’s energy base.” -Interior Secretary Ken Salazar, March 19, 2009.

The Department of Interior recently issued a press release that stated, “Since January of 2009, the Minerals Management Service has conducted two offshore auctions and Interior’s Bureau of Land Management has held 29 onshore oil and gas lease sales.  Together these sales offered more than 55 million acres of U.S. public land for oil and natural gas exploration and development and generated more than $931 million in revenues that are shared between the states and federal government.”

Sound good?  It isn’t.  While these numbers may sound impressive, a closer look at the data reveals a different story. So do U.S. Treasury receipts from oil and gas lease sales, which last year were more than $10 billion in revenues – more than ten times the amount of revenue generated from lease sales under the Obama Administration in 2009.

To date, the Obama Administration has offered 2,888,354 onshore acres for lease, of which 1,028,299 have actually been leased.  The Administration also rescinded or deferred 77,055 acres that were issued for lease in Utah in 2008.  Accounting for this subtraction, fewer onshore acres were leased in 2009 than any other year on record. One explanation for the record low number of acres leased can be attributed to the Administration’s decision to rescind or defer the majority of the Utah leases issued in December 2008.  As Kathleen Sgamma, government affairs director for Independent Petroleum Association of Mountain States, recently noted, “Why would any company want to go through the time and expense of participating in lease sales when there’s zero certainty that the leases will be issued and that there will be any return on their investment?” 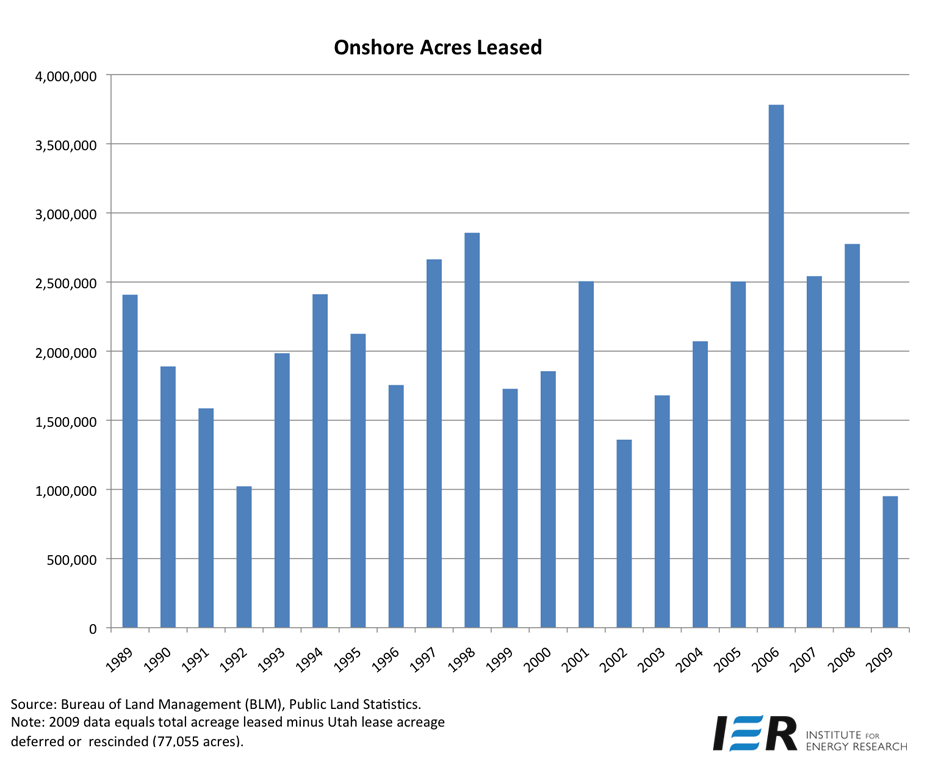 Of the nearly 53 million offshore acres offered for lease in 2009, roughly 2.7 million were actually leased.  Lease sale 208, which was mandated by Congress under the Gulf of Mexico Energy Security Act of 2006 and finalized one week before the Obama Administration took office, accounted for:

The charts below compare the offshore acreage offered and leased under the discretion of the Obama Administration to previous years. 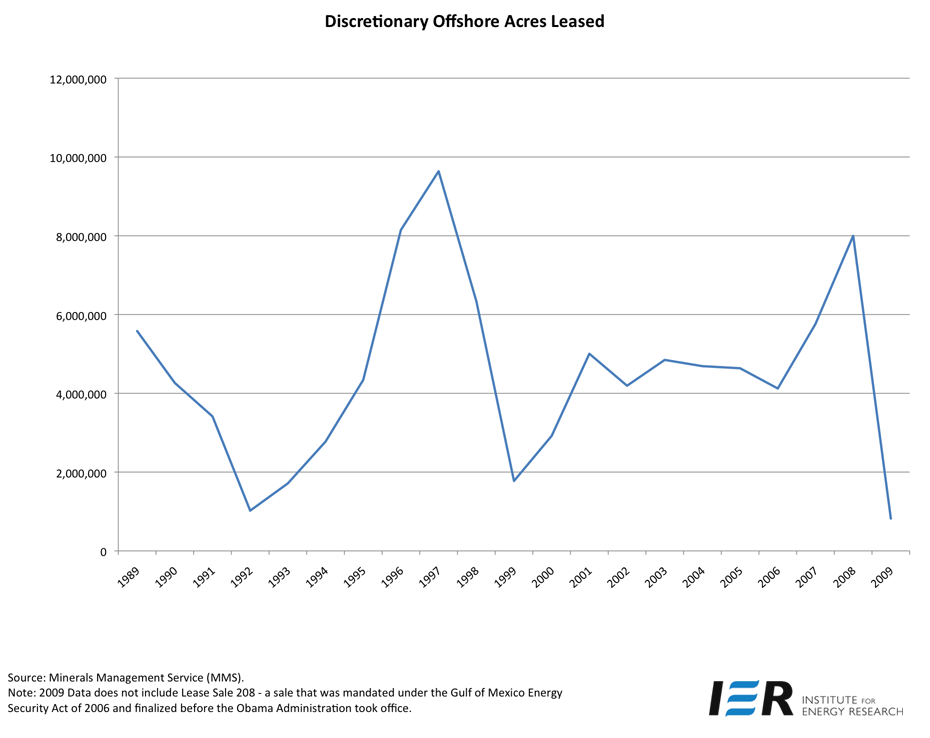 The numbers speak for themselves.  It’s been over a year since the vast majority of the American people demanded more domestic energy production.   And one year later, with a record number of Americans out of work and a federal deficit spinning out of control, the Obama administration can take credit for leasing the smallest amount of taxpayer-owned lands in recent history, bringing in less than one tenth of the $10 billion in revenue generated from lease sales last year, and vastly reducing the opportunities to put Americans to work producing American energy.  If the goal is less energy, less revenue, and fewer American jobs, the Administration is well on its way to fulfilling its mission. 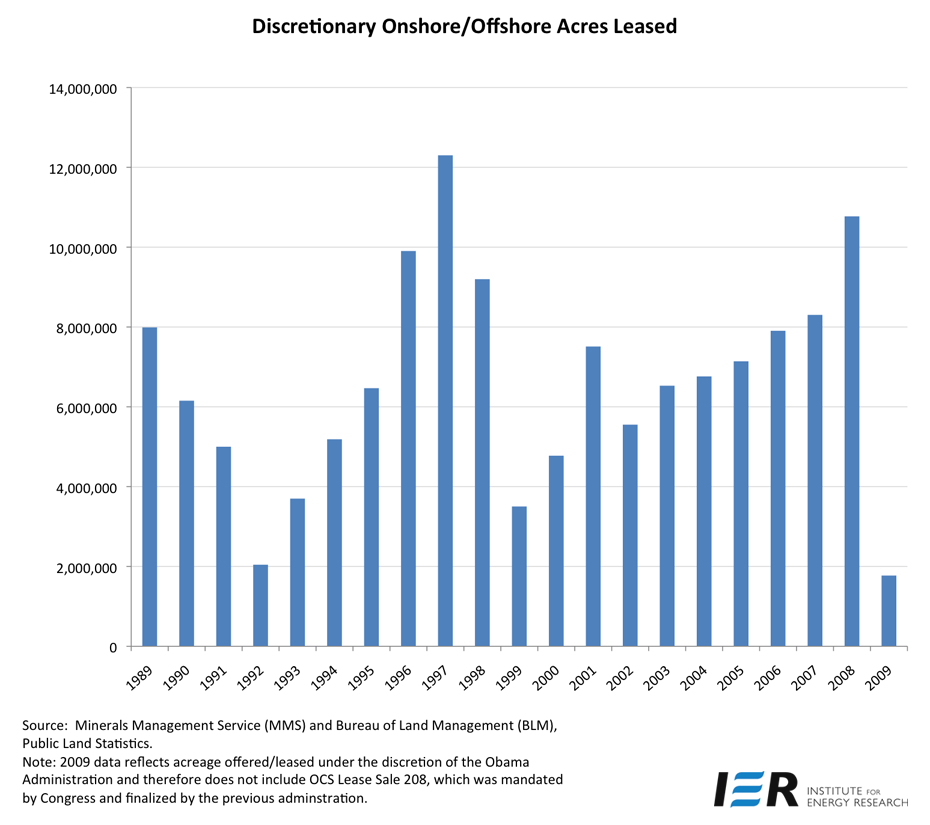