Today, the Wall Street Journal published a timely article that explains the need to develop natural energy resources in order to fuel a growing economy. The focus of the article was on Brazil, who in recent months has developed the largest deep-wate 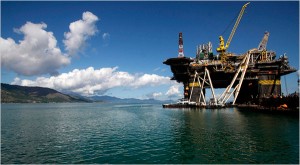 Luckily for Brazilians, even their government understands that affordable and reliable energy is the foundation for a healthy economy.

It is expected that deep-water oil fields off the coast of Brazil will equal two thirds of the known oil fields in the United States. In other words, Brazil will not only become energy independent, but will also be able to export roughly 1 million barrels of oil a day to the rest of the world.

And it’s not just Brazil cashing in on natural resources — the Gulf of Guinea, the coast of Ghana, Liberia and the Turkish Black Sea all have active deep water drilling projects.

Sadly, the Obama Administration refuses to develop natural resources and create jobs, while even the socialist government that runs Brazil is doing the samba all the way to the bank.

Corn is For Food, Not Fuel