On January 25, the Interior Department announced plans to propose wilderness designation for 12.28 million acres of the Arctic National Wildlife Refuge (ANWR). President Obama’s proposed wilderness plan would put the vast energy resources contained in ANWR’s Coastal Plain under lock and key, denying Alaskans and all Americans access to their abundant natural resources. The land grab is also part of a larger plan to starve the Alaska Pipeline, which would effectively put an end to any oil production in Alaska’s Arctic, where most of its energy is expected to be found.

We’ve compiled a fact sheet to provide readers with information about Alaska’s enormous energy potential and the threat posed by the Obama administration to responsible energy development.

How Big is 12.28 Million Acres—the Size of the Proposed Wilderness?

The following map shows how the Obama administration’s ANWR wilderness plan (12.28 million acres) would look if it were displayed as a strip of land extending from D.C. to New York City that is 94 miles wide: 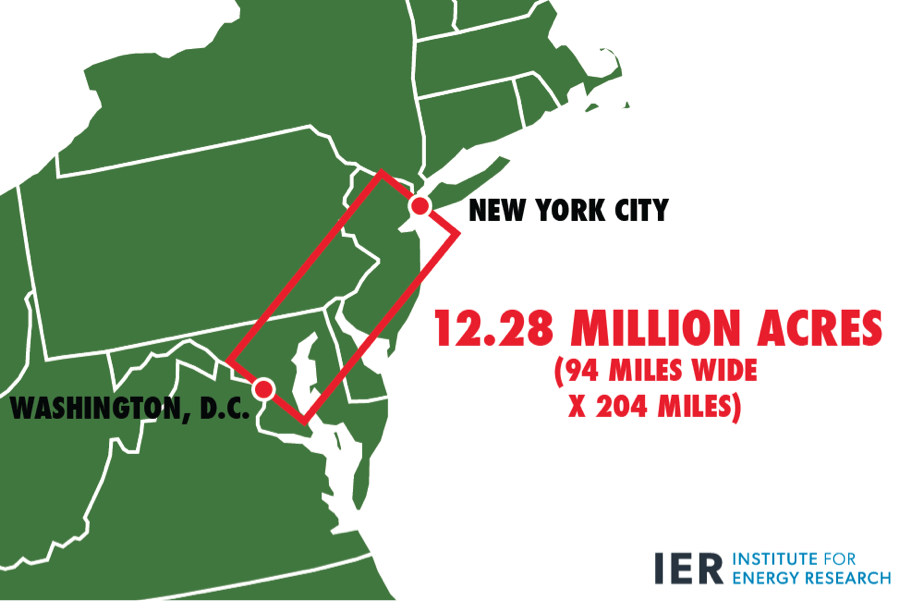 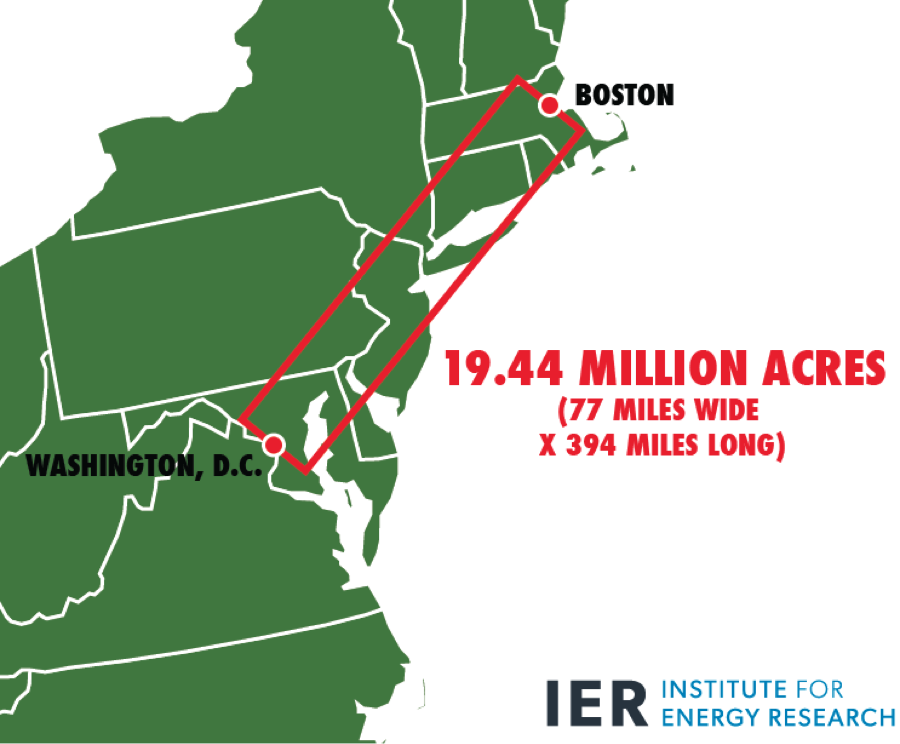 Plan to Starve the Alaska Pipeline

President Obama’s wilderness proposal is less about protecting ANWR than preventing energy development. It is part of a larger effort to starve the Alaska Pipeline, which is operating at just one-quarter of total capacity despite the state’s vast energy resources. If Alaskan oil production continues to decline, the pipeline will become uneconomic, effectively ensuring that any oil in Alaska stays in the ground. Meanwhile, Obama’s energy adviser John Podesta vowed to impose a de facto wilderness designation “regardless of whether Congress acts to approve it.”

[5] See Bureau of Ocean Energy Management, Regulation and Enforcement, Offshore Energy and Minerals Management, http://www.boemre.gov/offshore/.  According to the administration’s website, the outer continental shelf is 1.76 billion acres (http://www.boemre.gov/ld/PDFs/GreenBook-LeasingDocument.pdf page 1)and only 38 million acres are leased (Department of Interior, Oil and Gas Lease Utilization – Onshore and Offshore, http://www.doi.gov/news/pressreleases/loader.cfm?csModule=security/getfile&pageid=239255 page 4). That is a mere 2.16% of the entire Outer Continental Shelf.

[11] The president has proposed designating 12.28 million acres of ANWR as wilderness. ANWR’s Mollie Beattie Wilderness Area is 7.16 million acres, bringing the total to 19.44 million acres. A strip of land that is 77 miles wide and extends from D.C. to Boston would cover about 19.41 million acres.