In the State of the Union, President Obama touted a rise in U.S. oil and natural gas production. But he failed to note that oil production on the West Coast and Alaska is down. This means that the West Coast is importing more and more oil instead of using domestically-produced oil. President Obama admitted in the State of the Union that energy production creates jobs, so why isn’t he opening up new areas like the North Slope of the Arctic National Wildlife Refuge (ANWR) for oil and gas production? 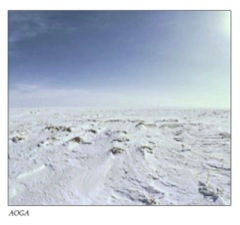 The 1002 Area is the North Slope of the Arctic National Wildlife Refuge (ANWR) and is approximately 70 miles from the Trans-Alaska Pipeline System (TAPS – known colloquially as “the Alaska Pipeline”).  In 1980, Congress and President Jimmy Carter set aside 1.5 million acres of ANWR’s 19 million acres for future study of its energy resource potential.[ii] These 1.5 million acres, known as the 1002 Area, have no trees, deepwater lakes, or mountain peaks, but contain immense energy resources.[iii]

The U.S. Geological Survey has estimated that the 1002 Area has an expected value of 10.4 billion barrels of recoverable oil that could be produced at a rate of about one million barrels of oil per day.[iv] This potential resource could make the North Slope of ANWR the largest oil-producing field in the United States. The area’s oil and natural gas resources could be developed using merely 2,000 acres of the surface area, or less than 0.01 percent of ANWR’s total area.[v]

Despite ANWR’s great energy potential, Congress has not allowed the development of these resources for over 30 years. One of the many reasons used by the opponents of energy production there is that it might adversely impact caribou populations.  Yet, since energy production began in nearby Prudhoe Bay in 1977, the size of the Central Arctic Herd has grown more than 1,015 percent, from about 6,000 animals in 1978 to record levels of an estimated 67,000 caribou in 2009.[vi]

President Obama lately has been calling for more domestic energy production, but his continued opposition to energy production on the North Slope of ANWR deprives Americans of the benefits of the $1 trillion of oil locked in the frozen tundra there.  ANWR stands as a symbol that his actions do not yet match his words.  If President Obama announced his support for legislation to open ANWR, America would have more domestic energy, more jobs and much more needed revenue, and the Alaska Pipeline could once again approach its full capacity.

[i] See Bureau of Ocean Energy Management, Regulation and Enforcement, Offshore Energy and Minerals Management, http://www.boemre.gov/offshore/.  According to the administration’s website, the outer continental shelf is 1.76 billion acres (http://www.boemre.gov/ld/PDFs/GreenBook-LeasingDocument.pdf page 1) and only 38 million acres are leased (Department of Interior, Oil and Gas Lease Utilization – Onshore and Offshore, http://www.doi.gov/news/pressreleases/loader.cfm?csModule=security/getfile&pageid=239255 page 4). That is a mere 2.16% of the entire Outer Continental Shelf.

Obama Wants a Level Playing Field? Not in Energy Sector