On April 14, 2015, the Energy Information Administration (EIA) released its Annual Energy Outlook 2015 with projections through 2040.[i] Assuming that the Obama Administration’s plan to regulate carbon dioxide emissions for existing power plants is not in force, EIA finds that: 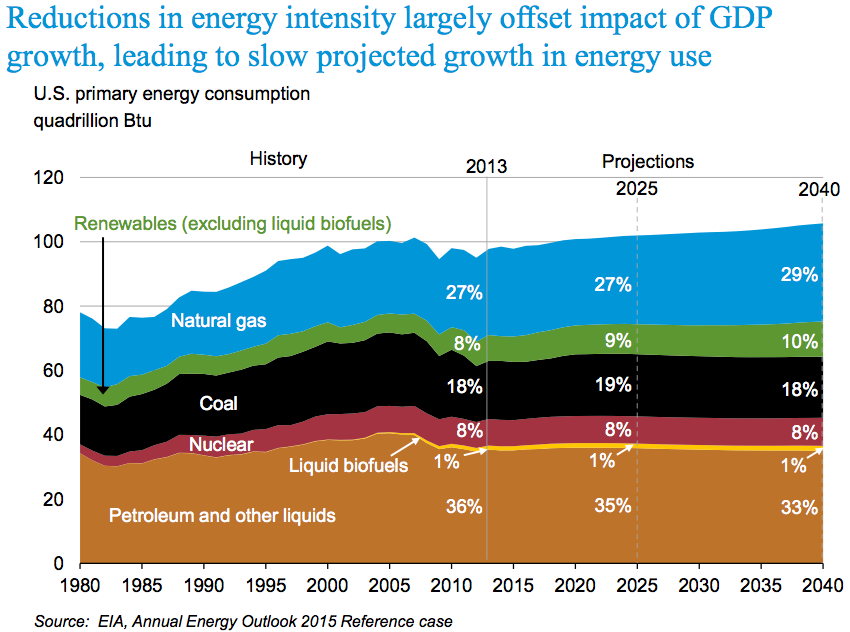 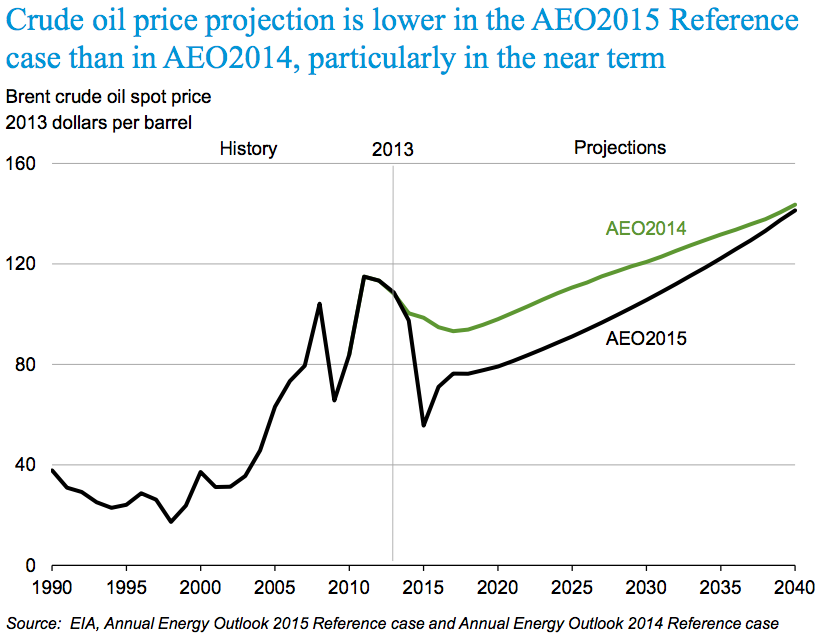 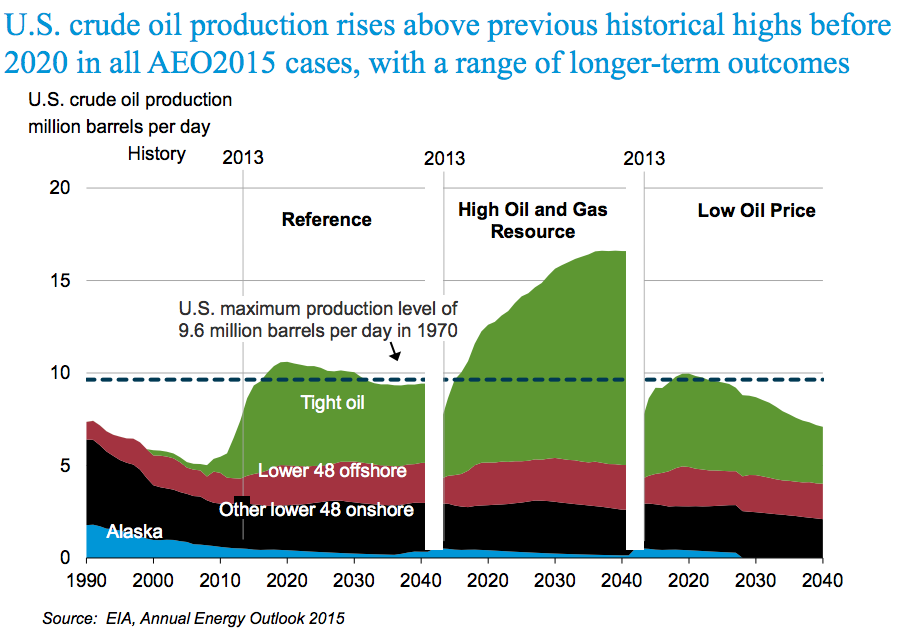 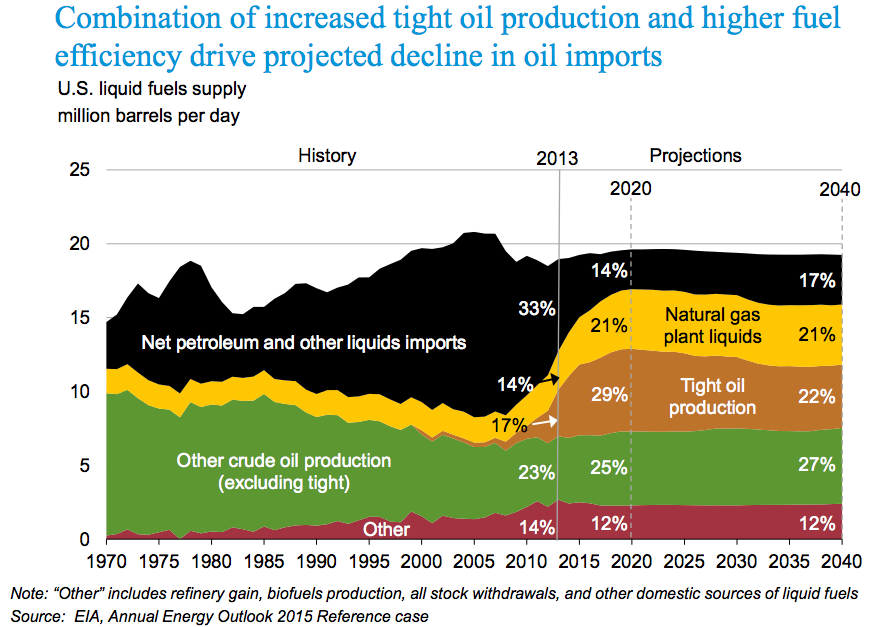 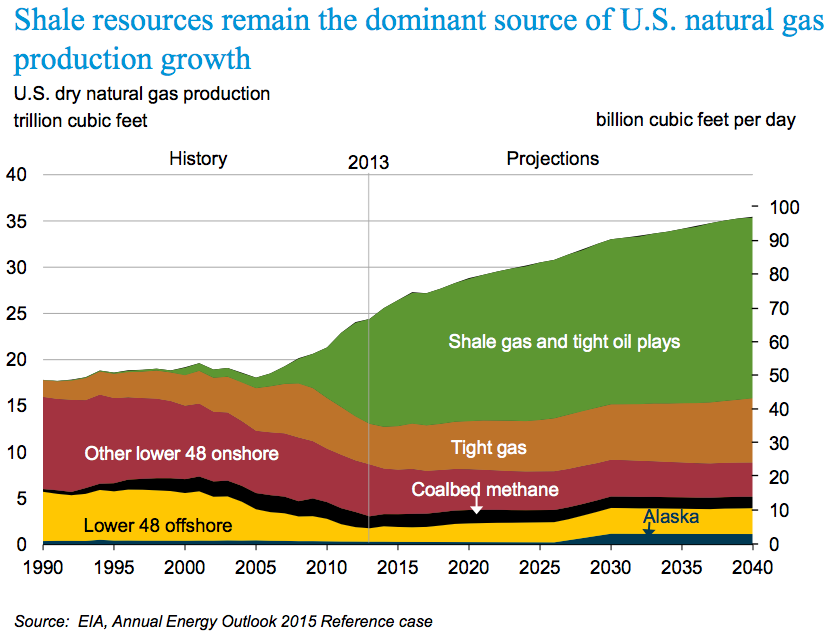 In the AEO 2015, the United States transitions from a net importer of 1.2 trillion cubic feet of natural gas in 2014 to a net exporter in 2017. Net exports continue to grow after 2017, reaching 5.6 trillion cubic feet in 2040. LNG exports reach 3.3 trillion cubic feet in 2030 and remain at that level through 2040, accounting for over 50 percent of total U.S. natural gas exports. The growth in U.S. LNG exports is supported by differences between international and domestic natural gas prices. LNG supplied to international markets is primarily priced on the basis of world oil prices, which results in significantly higher prices for global LNG than for domestic natural gas. However, the relationship between the price of international natural gas supplies and world oil prices is assumed to weaken later in the projection period, in part as a result of growth in U.S. LNG export capacity.

At one time, it was believed that electricity demand grew at the same rate as GDP, particularly due to new appliances and uses for electricity such as personal computers and cell phones. However, due to slower population growth, market saturation of electricity-intensive appliances, improvements in the efficiency of household appliances, and a shift in the economy toward a larger share of consumption in less energy-intensive industries, electricity demand is now growing much slower than GDP. EIA expects it it to grow at an average annual rate of 0.8 percent between 2013 and 2040, or one-third of the growth rate expected for GDP. But even at that growth rate, electricity use is expected to increase by 24 percent between 2013 ans 2040. 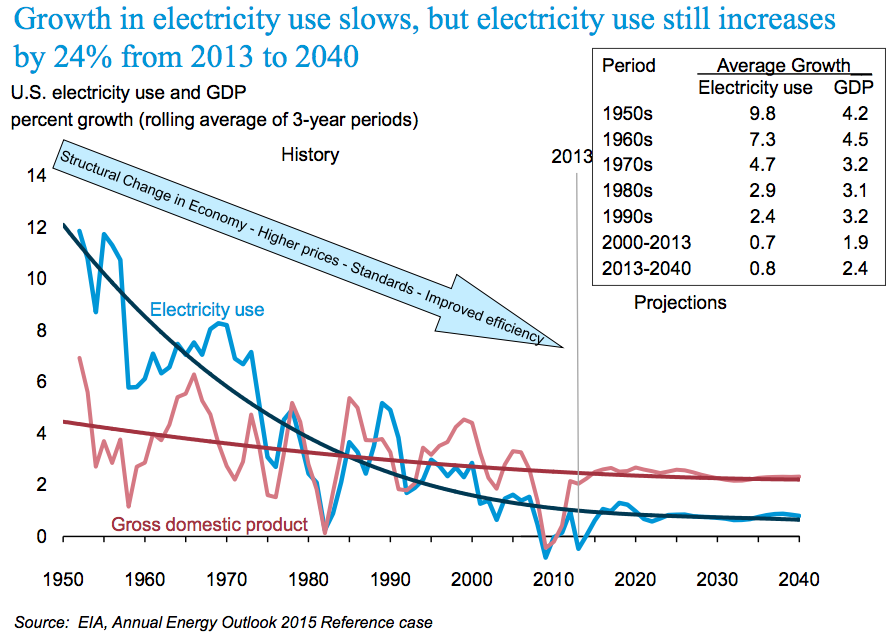 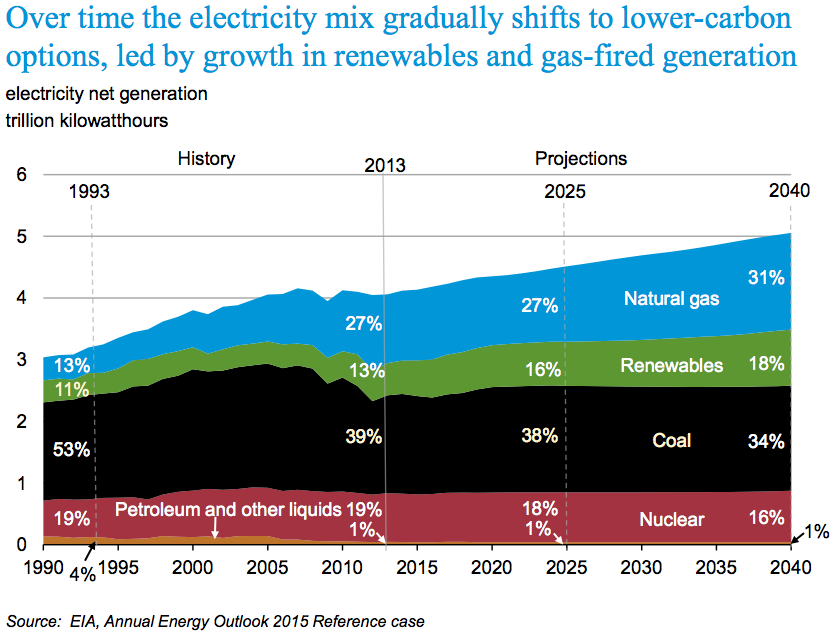 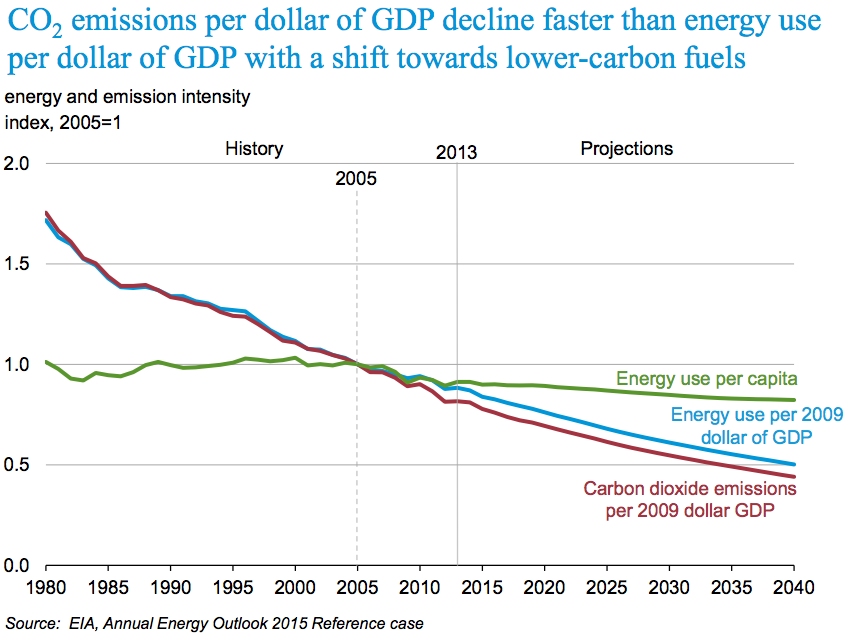 Despite the Obama Administration spending billions of dollars to support the renewable industry in the United States, fossil fuels are still expected to supply 80 percent of America’s energy needs in 2040. Renewable energy only gains 2 percentage points by 2040 from today share of less than 10 percent. As EIA’s forecast shows, when Federal and state incentives for renewable energy are removed, renewable energy has a tough time competing against low-cost natural gas. Only when natural gas prices escalate after 2030, does renewable energy grow in the marketplace.

It is important to note that EIA did not incorporate EPA’s plan for existing power plants in this forecast. As a result, coal still remains the dominant generator in the electric power sector. Despite that assumption, average electricity prices increase by 18 percent in the forecast. EPA’s plan for existing power plants would increase that percentage significantly since the retiring coal plants would need to be replaced by much higher cost generators. Existing electricity generation – regardless of type – are the most economical producers of electricity. If the government forces wholesale replacement of existing units, prices will skyrocket.

[1] For a definition of the High Oil and Gas Resource Case, see http://www.eia.gov/forecasts/aeo/chapter_intro.cfm

Oil and Natural Gas Booms on Private and State Lands