The Obama Administration is once again making it more difficult and expensive to produce energy in America. The Administration proposed a regulation for reducing methane emissions and then made it stricter when it finalized the rule. Of course, the overwhelming fact that the oil and gas industry has already cut methane emissions dramatically and that natural gas production and consumption is the reason that the United States has decreased its greenhouse gas emissions more than virtually any other country in the world seems of little concern for Obama’s EPA, which appears to only see more and more regulation as its mission. According to Gina McCarthy, EPA’s Administrator, “We’re going to keep moving forward as quickly as possible.”

These regulations do little to impact global warming, reducing global temperatures by a miniscule fraction of 1 percent by 2100, but will make energy and the products that it produces more expensive for Americans. Since methane is the primary component in natural gas, EPA is essentially ordering oil and gas producers to stop wasting their valuable product, which operators maintain they already seek to minimize.

The Obama administration’s goal is to reduce U.S. methane emissions from the oil and gas sector by 40 to 45 percent by 2025 from 2012 levels. In this regulation, the EPA addresses reducing methane, volatile organic compounds, and toxic air emissions from new, modified and reconstructed sources in the oil and gas sector. EPA has also started the process to control emissions from existing sources by issuing for public comment an Information Collection Request (ICR) that requires companies to provide data EPA says it needs to regulate methane emissions from existing oil and gas sources. The information it is seeking is broad and exhaustive and will include the types of technologies that could be used to reduce emissions and their associated costs.[i]

EPA plans to collect the information through a general survey for all owners/operators of existing sources and a more detailed survey for specific facilities. EPA expects to receive data from the operator survey later this year, and the more detailed information in the first part of 2017. The agency also plans to issue a voluntary request for information to obtain information on innovative strategies that can accurately and cost-effectively locate, measure and mitigate methane emissions. When finished, their scheme would regulate all wells, new and old.

The rule claims it will reduce emissions by 510,000 short tons of methane (11 million tons per year of carbon dioxide equivalent) by 2025. In 2012, less than 30 percent of the country’s methane emissions came from oil production and the production, processing, transmission and distribution of natural gas.[iv] EPA expects the final regulations to cost an estimated $530 million in additional costs annually by 2025–over 25 percent more than the preliminary version of the rule that was released last August. The proposed rule was estimated to cost $320 million to $420 million in 2025.[v]

Methane Emissions Have Already Been Reduced 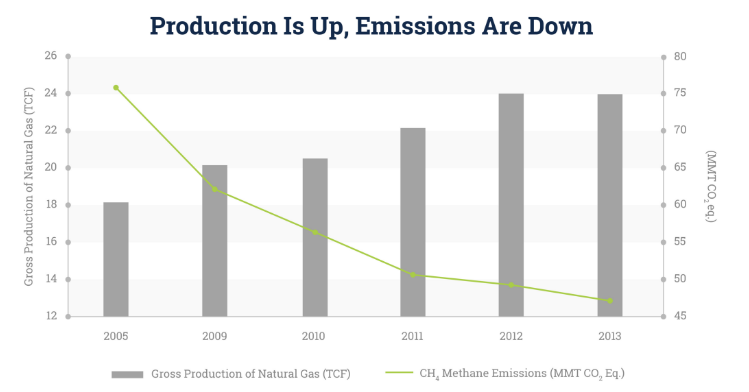 The United States has also increased its consumption of natural gas, displacing coal in the electric generation sector, and reducing carbon dioxide emissions. Natural gas consumption is now at an all-time high of 27.5 trillion cubic feet, 25 percent more than in 2005. It generated 33 percent of the nation’s electricity generation in 2015, up from 19 percent in 2005. 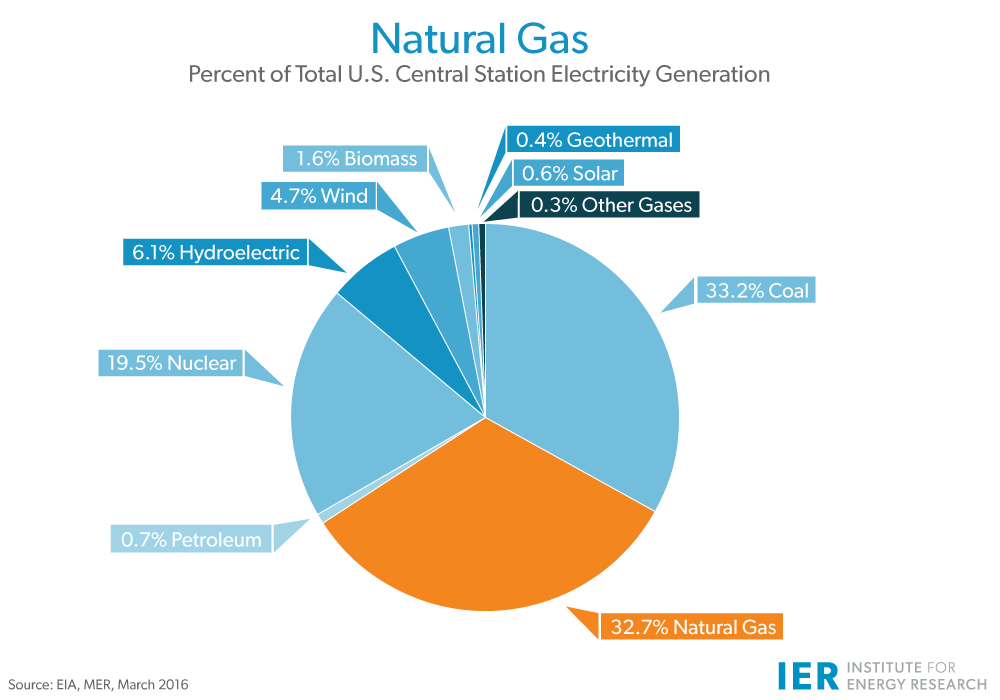 As with its other regulations, the Obama administration’s new regulations on methane will make domestic natural gas production more expensive and increase energy prices for Americans. Making what is now affordable energy from fossil fuels more expensive will make less reliable and expensive energy from renewable fuels more competitive with fossil fuels. The losers, however, will be the American public, who will be exposed to brownouts and blackouts from the use of intermittent renewable energy from the wind and the sun, and who will become poorer as more expensive energy and products shrink the American middle class, limiting their employment opportunities by reducing our competitive edge.

[i] EPA, EPA Releases First-Ever Standards to Cut Methane Emissions from the Oil and Gas Sector, May 12, 2016, https://www.epa.gov/newsreleases/epa-releases-first-ever-standards-cut-methane-emissions-oil-and-gas-sector

Lessons from Sweden and Germany