One of the common reasons people claim to support wind and solar technologies is to reduce dependence on foreign sources of energy. For example, green energy supporter Jay Faison told the Wall Street Journal “If we expand our clean energy technologies, we’ll create more jobs, reduce our dependence on foreign sources of energy…”[i] The problem is that green energy actually increases reliance on imports instead of reducing imports. 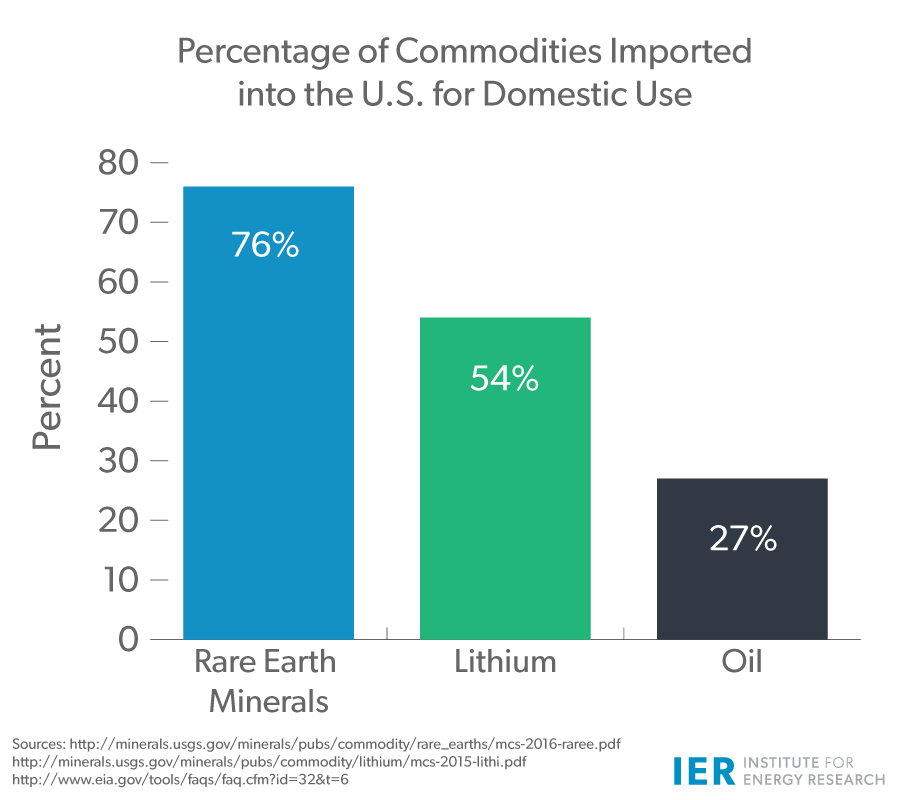 China began producing major amounts of rare earth minerals in the early 1980s and became the world’s leading producer in the early 1990s, with the country steadily strengthening its hold on that market. Due to China’s lack of regulatory oversight, China sold its rare earth minerals at very low prices that the Mountain Pass Mine in the United States and others in the world were unable to compete and stopped operation. As demand skyrocketed for use in green technologies and elsewhere, China capitalized on its dominant position and began restricting exports, allowing rare earth prices to rise to historic levels and at times using their dominant position as a political weapon with other countries. Several pounds of rare earth compounds are used in batteries that power electric vehicles and hybrid-electric vehicles.[vi]

With these other countries entering the market, China announced early last year that it would adhere to a World Trade Organization ruling by removing its export quotas and other restrictions on rare earth minerals.[vii] But despite this move and entry into the market of other countries, China remains the dominant producer of rare earth minerals, producing 85 percent of the world’s output and supplying 71 percent of the rare earth imports to the United States, though its share may continue to erode. 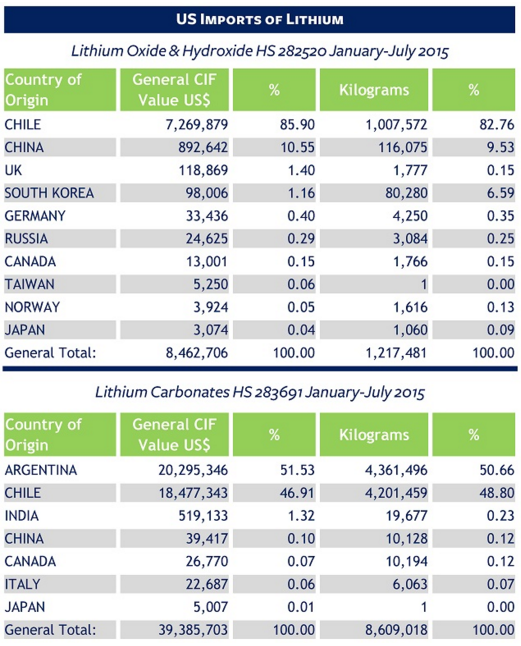 The charts below show the U.S. demand for these lithium compounds and the sensitivity of demand to price increases. 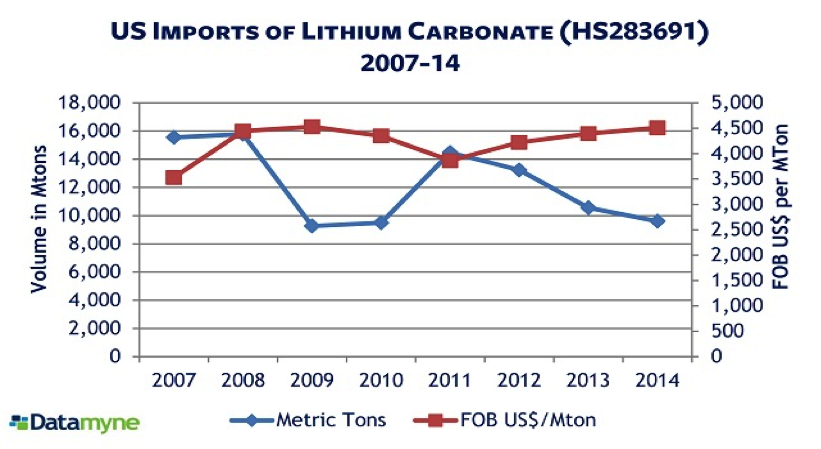 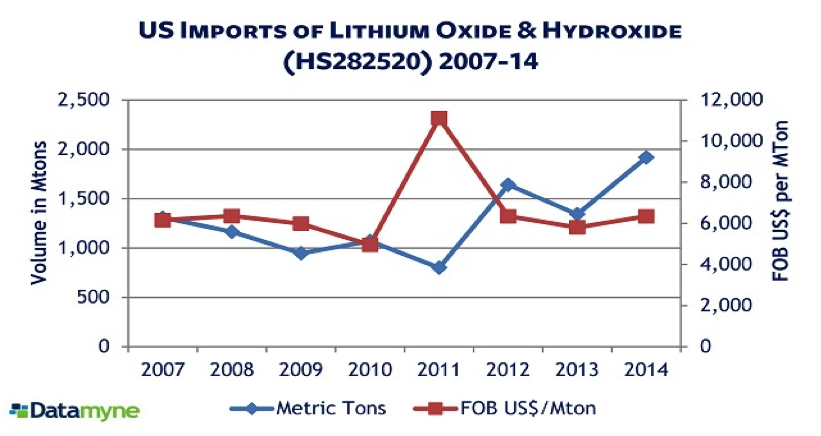 The United States currently produces lithium only at one location–the Albemarle Corporation’s Chemetall-Foote lithium brines in Silver Peak, Nevada. Albermarle is one of three companies that dominate the industry. The other companies are Sociedad Quimica y Minera de Chile SA (SQM), and FMC Corporation. Unlike OPEC, which produces 40 percent of the world’s oil supply, these three companies provide more than 90 percent of the world’s lithium.[viii] FMC is the top U.S. importer of the lithium compounds used in lithium-ion batteries, followed by (SQM). Beginning October 1, 2015, FMC increased most of its lithium product prices by 15 percent.[ix]

Tesla plans to make lithium-ion batteries at its gigafactory near Reno. These batteries will be used in Tesla cars and in Tesla’s Powerwall system for storing electricity from solar energy or off-peak electricity to power homes or commercial building during peak hours of electricity demand. The $5 billion gigafactory is expected to start production this year. Tesla expects that by 2020, the gigafactory would be producing more lithium-ion batteries annually (500,000) than were produced worldwide in 2013. Thus, Tesla needs lots of lithium and relatively soon.

As a result, last year, Tesla signed a conditional lithium hydroxide supply agreement with Bacanora, which is developing a mining operation in Sonora, Mexico, and with Pure Energy Mineral, developers of a mining project in Clayton Valley, Nevada. If these two projects are able to get into production, Tesla expects to buy their lithium at a discount to the market price.[x] Both of these projects, however, are years from producing lithium. At full production, Tesla will need 17 percent of global supply. To meet the gigafactory’s near-term demand for lithium, Tesla will most likely have to import from one or more of the three major providers, particularly if it is to start producing batteries at the gigafactory this year.

The argument that switching to wind, solar, or other “green” technology will reduce energy imports is incorrect. Electric vehicles and other green technologies are dependent upon rare earth minerals and lithium—both of which are mostly imported into the United States currently, at rates of dependence far higher than our dependence on oil imports. Some even see lithium as the new oil with 90 percent of the market controlled by three companies. Tesla is trying to obtain lithium at below market prices to produce its batteries needed in its electric vehicles and for its Powerwall storage device. It will need to obtain lithium fairly soon since its gigafactory may start producing batteries this year and plans to be at full production by 2020.

The Escalating Cost of Electricity