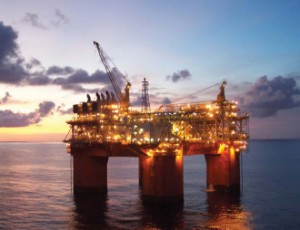 —Implications of the Gulf of Mexico Oil Spill.”  The report draws lessons from the BP oil spill to apply to offshore drilling operations.  Several recommendations are put forth that would strengthen the response to potential future events and help prevent such disasters from occurring in the first place.

Most interesting, the committee concluded:

“We conclude that a moratorium on offshore drilling in the UK Continental Shelf would cause drilling rigs and expertise to migrate to other parts of the globe. A moratorium on deepwater drilling would decrease the UK’s security of supply and increase the UK’s reliance upon imports of oil and gas. A moratorium could also harm the economies of communities in Scotland who rely upon the UK offshore oil and gas industry as well as the wider British economy to which the industry makes a major contribution. There is insufficient evidence of danger to support such a moratorium. We conclude that there should not be a moratorium on deepwater drilling in the UK Continental Shelf.”

This is almost exactly the approach that respected scientists and industry experts recommended to the Obama Administration last year in the wake of the spill.  But instead of addressing the problems rationally while maintaining drilling operations, the Administration made the very political decision to slap a moratorium on drilling in the Gulf of Mexico, and later expanded it to other offshore areas.  To date, despite numerous press releases, statements and assurances from government officials, no new wells have been allowed and expected oil production from the Gulf is dropping, requiring billions of dollars more of imports and the export of American jobs.

As a result of this disastrous policy, America is now even more reliant on foreign energy, just as the House of Commons report warned.  The price of oil has skyrocketed $90.41 a barrel since January 2009; an increase of 117%.  At the pump, American consumers are paying an average of $3.07 a gallon; a 67% increase.  And unemployment has gone up to 9.4% from 7.6%.

London is calling, Mr. President.  Will you heed the call?